A second lakefront tower, a mini-High Line and other favorite stories. 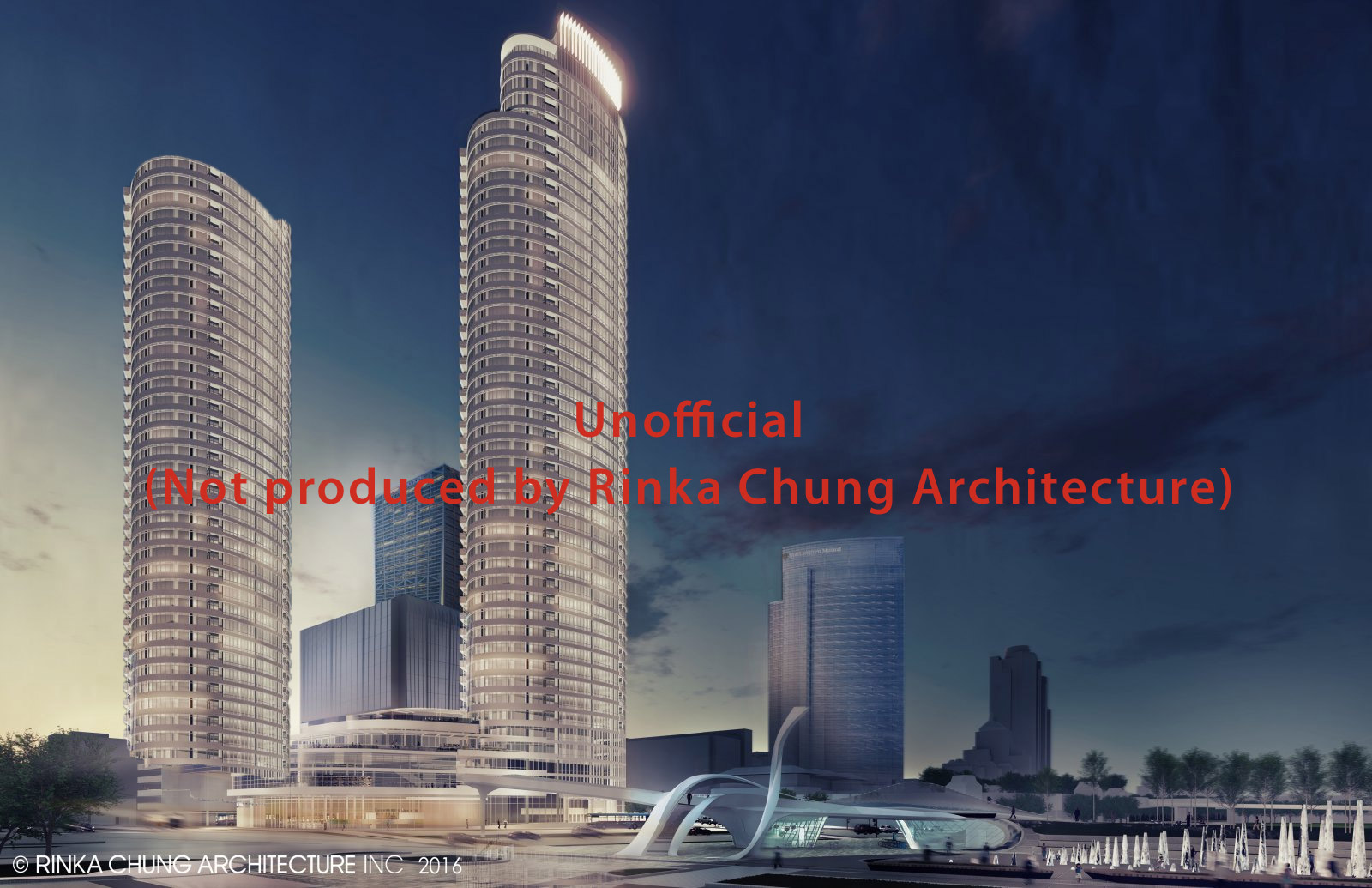 It’s been a big news year for Milwaukee. From a potential second lakefront high rise at The Couture to the massive arena under construction for the Milwaukee Bucks, Milwaukee is in the middle of a massive wave of real estate development. Things at City Hall aren’t any less busy, especially given the strange series of events surrounding contractor American Sewer Services and an alderman declaring for mayor some two-and-a-half years before the election.

I try to track it all with our Eyes on Milwaukee column. Here are the ten most popular stories of 2017.

10. New Apartments for Oak and Loc 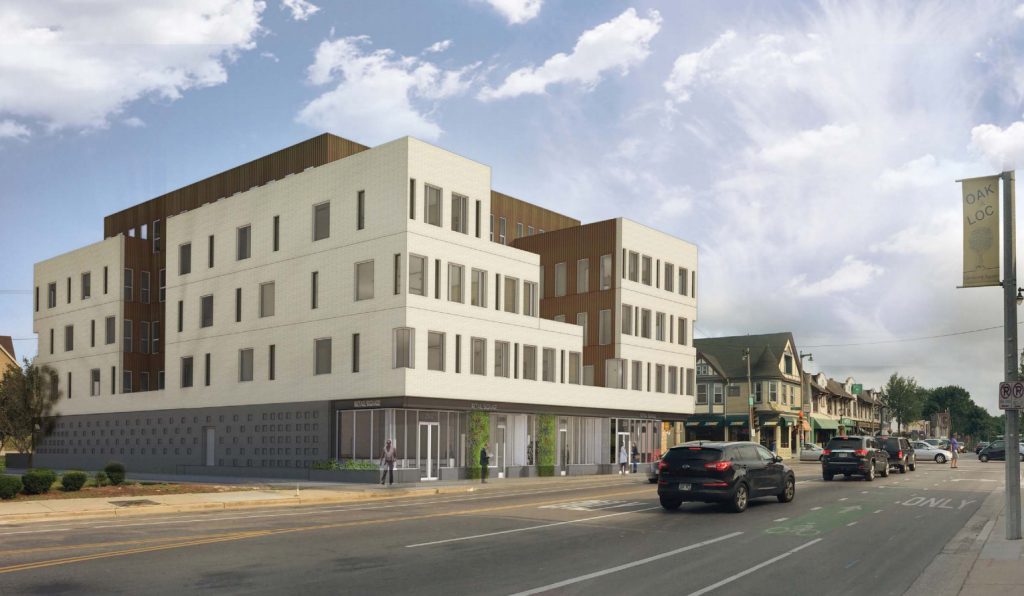 When the revamped East Library was proposed, Mayor Tom Barrett joked that he didn’t realize everyone on the East Side was an architect. Based on the traffic to this article about a new building proposed for the intersection of N. Oakland Ave. and E. Locust St., there’s reason to think he was being serious. A zoning variance for the project was ultimately approved after design revisions came forward, despite the objections of some nearby residents. Read more. 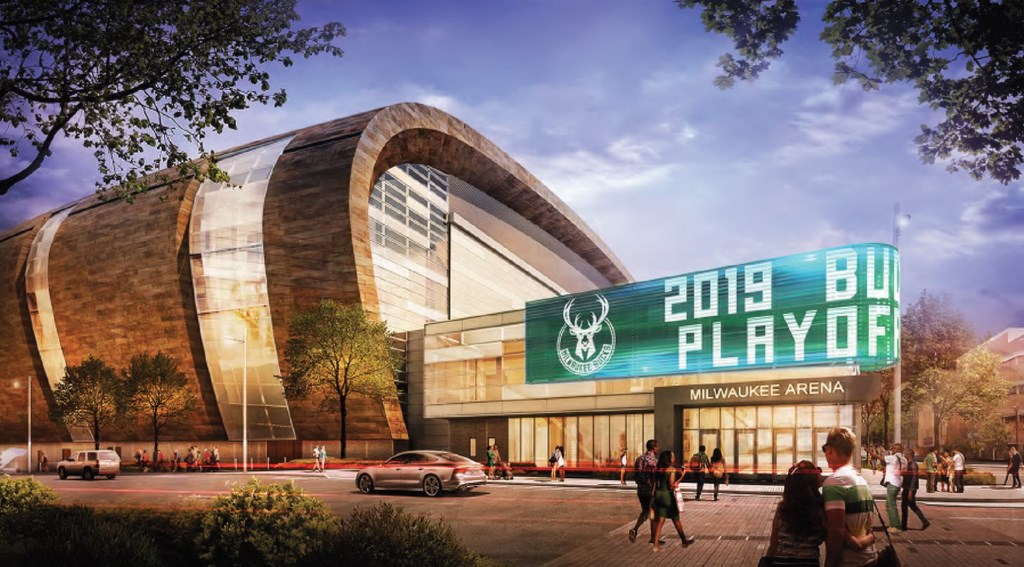 If you asked me what the most popular arena story I wrote this year was, this wouldn’t have made my top five. Yet, here it is, and by quite a margin over the others. In February the Bucks unveiled plans for signs for the Wisconsin Entertainment and Sports Center and a nearby plaza, the most significant of which is a 85-foot long LED sign that will wrap the arena’s northwest corner. Read more. 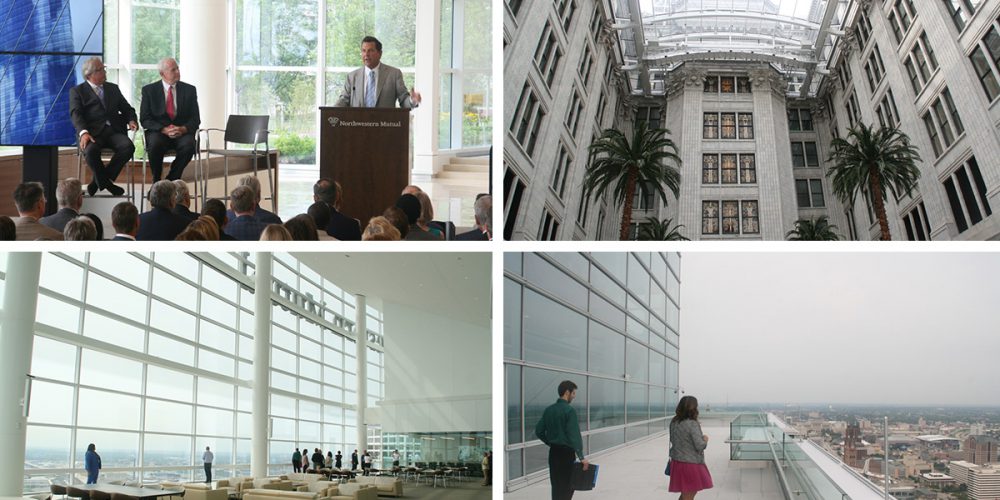 The state’s biggest office building is stunning, both inside and out. Northwestern Mutual Tower and Commons opened in August to great fanfare. For the story and photos of the new lakefront skyscraper, read more.

In March area alderman Nik Kovac secured unanimous approval for legislation that bans food trucks along E. Brady St. And despite some social media outrage at the time, the food trucks have left the street and no one seems to be complaining. Is Brady Street better or worse since? Read more and you decide.

6. Foreclosed Homes to be Artist Havens 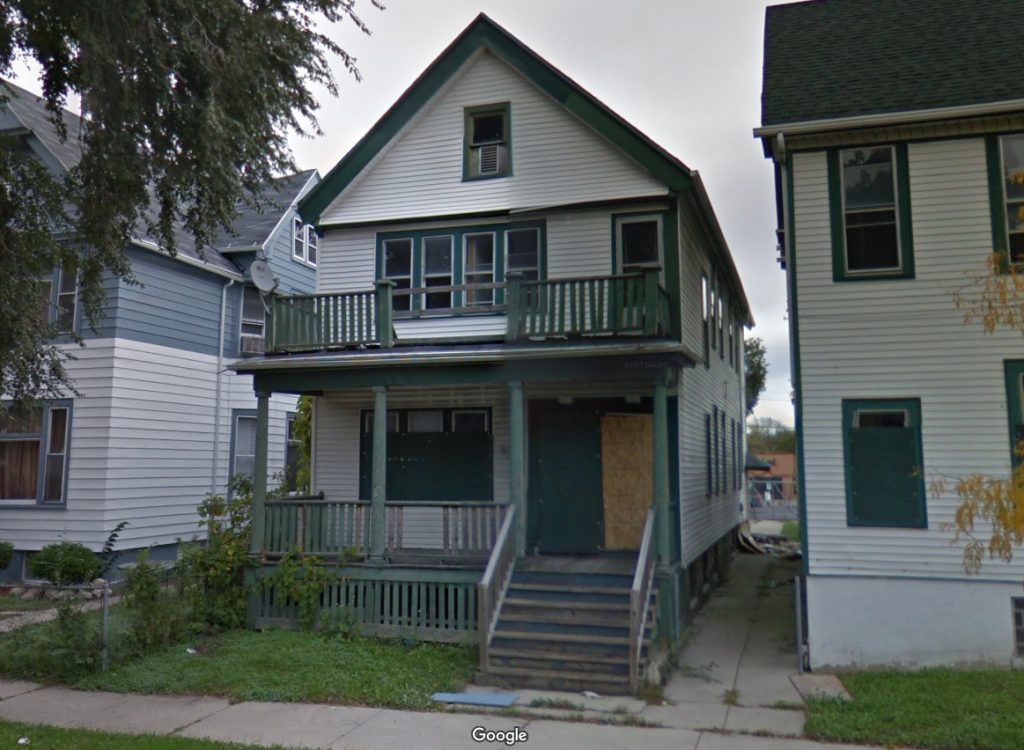 A new city program aims to turn city-owned tax foreclosed homes into artistic community hubs. The program, originally introduced as a 2017 budget amendment by Ald. Milele A. Coggs and Ald. Russell W. Stamper, II, was approved by the full council in July. A number of permits on the first property were pulled in recent months. Read more. 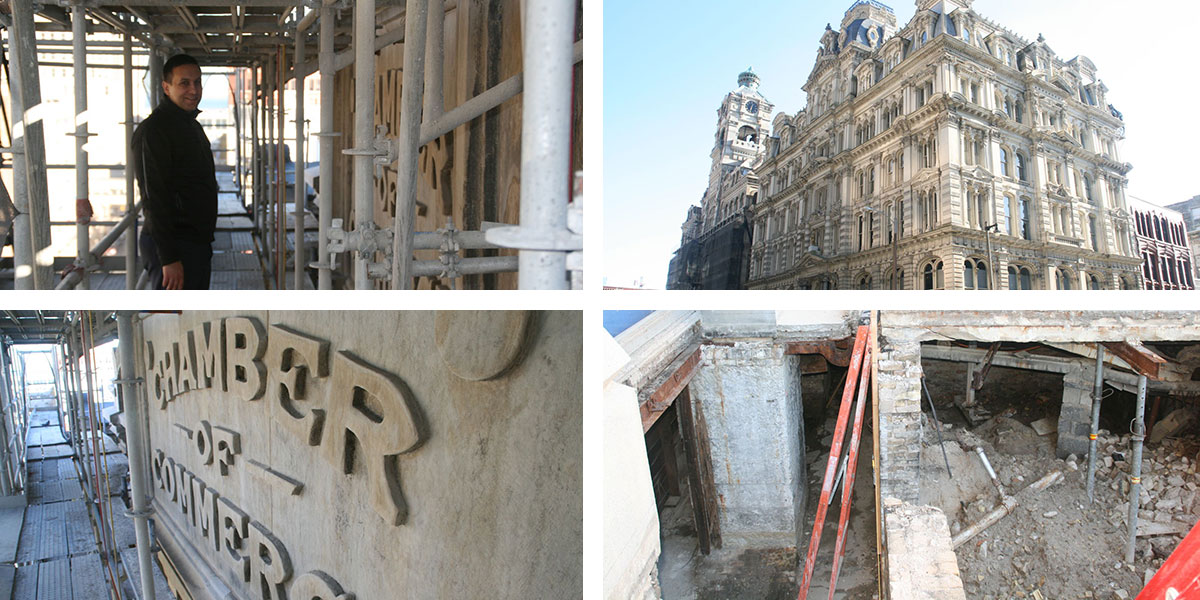 It’s hard to believe how fast Joshua Jeffers has expanded his portfolio. Since writing the piece Jeffers has:

Still, the most impressive thing he did might be the elegant restoration of the Mackie Building. Read my profile of Jeffers’ work on that project and see the stunning interior photos (the 13th most popular article). 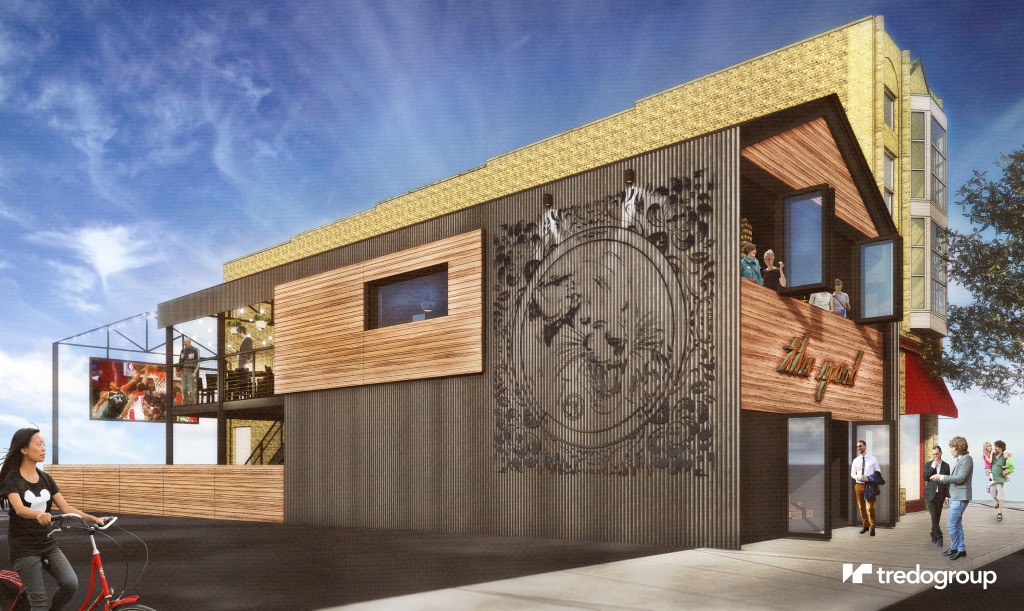 In March I wrote “A small building less than a block from the BMO Harris Bradley Center is poised to join the Milwaukee night life scene. A vacant storefront at 324 W. State St. that was most recently home to Accurate Lock & Key will be converted to a tavern by developer Athina Properties.” But despite developer Aldo Tase saying they would move forward in the coming months, the storefront remains vacant.

I reached out to Tase as I wrote this column and he said: “As the area becomes more developed and newer details/plans surface we have found it necessary to potentially pivot with the scope of our work. Perhaps look into a brand new development vs. the initial renovation concept. We are currently working on these details. Getting the timing right is of the essence, therefore, waiting until the dust settles on the construction around us will give us an even clearer direction and vision.”

3. Mini Version of the High Line 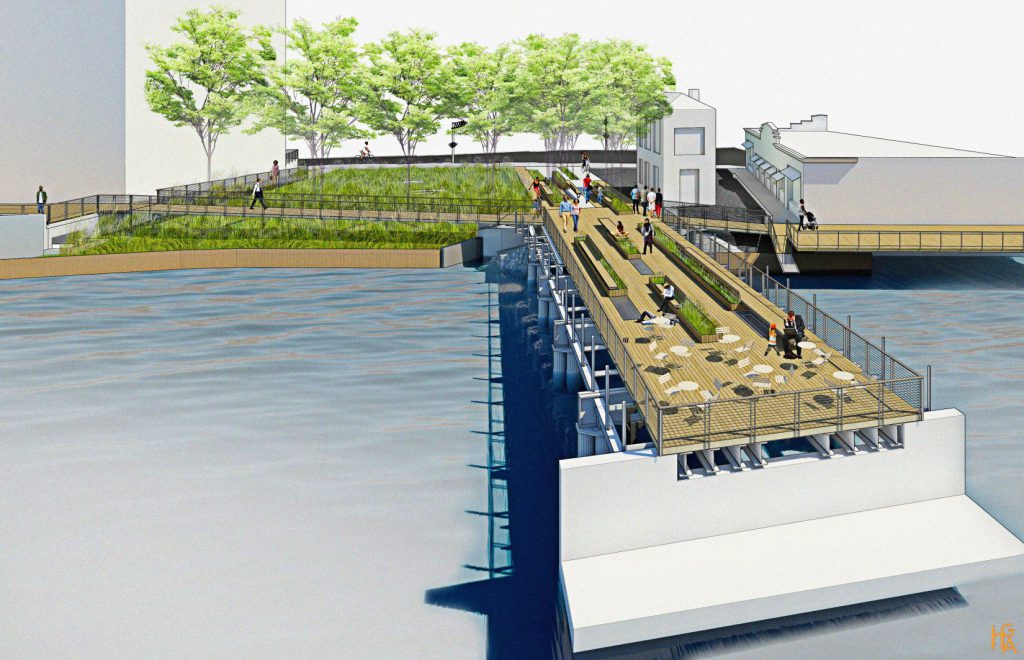 The fallout from this story continues to grow. An American Sewer Services employee was photographed displaying Confederate flag and Ku Klux Klan stickers on a cooler at a job site near the intersection of N. 25th St. and W. Wells St. This came a week after American Sewer employees were caught openly carrying firearms at another nearby job site. The employee with a cooler, a city resident, was terminated, but the Common Council is now actively debating legislation to bring contracting in-house and has already passed a ban on contractors carrying weapons. Read more.

The biggest story of the year was a secret tower on the lakefront. Barrett Lo Visionary Development has carved out space in The Couture tower proposal for a second tower to be built there. We broke the news in early March following a close examination of the first tower’s proposed parking garage designs and discussions with a number of sources close to the project. Construction is expected to get underway on the first tower in early 2018 (more on that in a column next week). Read more.