Why Did Sheriff Clarke Resign?

It’s all about his love of Donald Trump -- and the media spotlight. 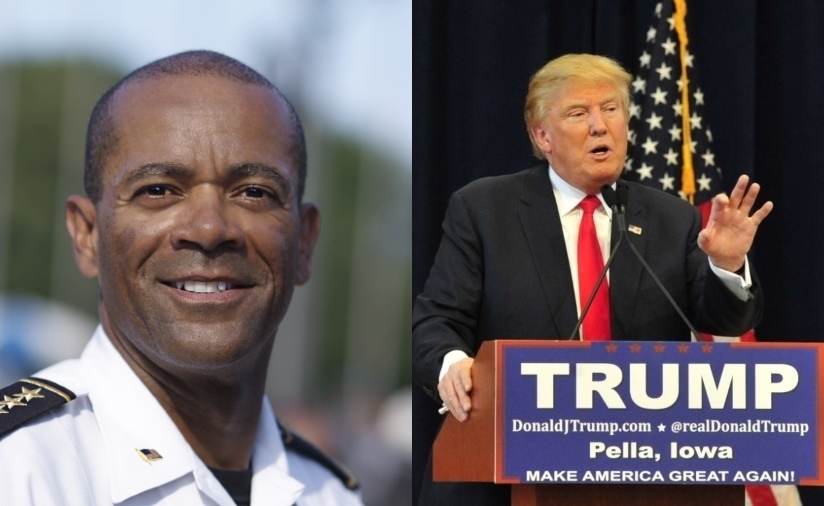 Some six months ago an associate of David Clarke told me the sheriff was unlikely to run for reelection in 2018. For years now, he has been frequently out of town, even taking college courses in California. Meantime he seemed increasingly disengaged from the department he was ostensibly running, even testifying under oath that he had no idea how many of his staff had been referred for potential criminal charges and that he is not responsible for overseeing medical care at the county jail he runs, despite state laws that say he is.

Clarke’s mismanagement of the jail, which went on for many years, was likely to be a campaign issue against him, along with the suits against him and the county, which resulted in a $6.7 million award for one jail inmate, with other awards possibly still to come.

Meanwhile, Clarke had escalated his rhetoric to a level of demagoguery that would have made it more difficult to get reelected, even threatening to eliminate one citizen while using a vicious racial slur against a CNN contributor.

In short, there were countless reasons not to run for reelection, but why step down now?

Politico did a story Thursday saying Clarke would be taking a job with the administration of President Donald Trump. That was clearly incorrect, but the sources may have been close: the speculation is that Clarke will get a job outside the administration — perhaps funded by some deep pocketed Trump supporter — where he will defend and champion the Donald. “According to a person close to Clarke,” the Washington Post reported, “he is likely to join an outside group that supports the president’s agenda.”

One possible funder of such a job is Robert Mercer, “The Reclusive Hedge Fund Tycoon Behind The Trump Presidency,” as a fascinating story in New Yorker described him. Reports have reached me that a Clarke representative met with Mercer’s well-funded political operation.

Clarke is a huge fan of Trump, and lauded him in a speech at the Republican National Convention last year. He has been a frequent guest on Fox News and was much in demand as a speaker last year during the presidential campaign.

Clarke was under consideration by the Trump administration for the job of assistant secretary at the Department of Homeland Security and clearly coveted the job, yet withdrew his name from consideration in June. That seemed a face-saving gesture, because he realized the job would never be offered. The Post notes that “those close to the president-elect worried that various scandals and a host of controversial statements would impede the sheriff’s ability to win Senate confirmation.”

The most recent of these scandals was the allegation that he had plagiarized large portions of his master’s thesis, which got coverage nationally by CNN, the Post and New York Times.

An outside job as a Trump champion makes far more sense. As a African American, he provides cover for a president who’s been repeatedly accused of supporting white nationalists, and as a former law enforcement officer, he can support the president’s get-tough-on immigrants policies. Clarke, moreover, is a combative, give-no-quarter, verbal pugilist whose style echoes that of Trump, and he is a media-savvy commentator who will be welcome on Fox News.

Soon we may see dueling Milwaukee demagogues, with Clarke duking it out with his former ally-turned-enemy Charlie Sykes, the new darling on liberal MSNBC and an avowed opponent of Trumpkins who now seems to hate Clarke. Yes, Milwaukee may provide the national media with plenty of hot rhetoric in the months and years to come.

More about the Resignation of Sheriff Clarke

20 thoughts on “Back in the News: Why Did Sheriff Clarke Resign?”