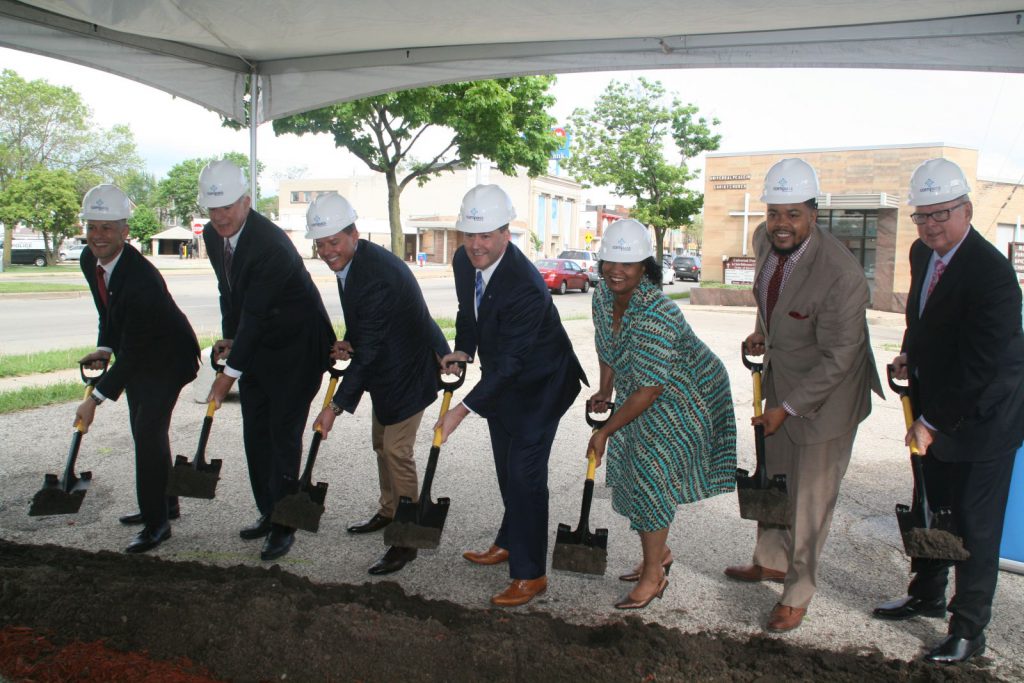 BMO Harris broke ground on a new “smart branch” in Sherman Park Thursday afternoon. The new building, to be located at 3637 W. Fond du Lac Ave., will replace a bank across the street that was damaged during the Sherman Park unrest in August 2016.

Compass Properties will develop the 2,200 square-foot bank for BMO Harris. Groth Design is leading the design of the new facility. J.P. Cullen will lead the general contracting.

The new bank branch is expected to open this fall. The bank has operated out of a temporary branch, next door to their old branch at 3536 W. Fond du Lac Ave, since September 2016.

The original bank opened in 1927 as the Sherman Park State Bank, later becoming Northern Trust. It was acquired by a BMO Harris predecessor in 1959.

Jud Snyder, senior executive for the Milwaukee market for BMO, opened the groundbreaking press conference by stating “today’s the day where we again declare our commitment to this community.”

Mayor Tom Barrett praised the bank in his remarks, noting that it was within days of the unfortunate August events that Snyder and Barrett sat down to discuss BMO’s commitment to Milwaukee and Sherman Park.

Area alderman Khalif Rainey also praised BMO, noting their commitment to the area should be a signal to the rest of the business community to invest in Sherman Park. The alderman, who became an outspoken leader when what he described as “riots” happened last August, went on to note that “I hope we continue to be the phoenix that rises from the ashes in Sherman Park.”

The new bank is the first “smart branch” BMO has built in Wisconsin. It will have the standard branch bankers, as well as “Smart ATMs” that allow for cash withdrawal without a debit card, video conferencing to provide on-demand access to specialized professionals and free Wi-Fi.

BMO Harris Bank acquired a large position in the metro-area market following their 2011 acquisition of M&I Bank, which had a long history in Milwaukee. 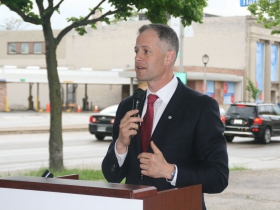 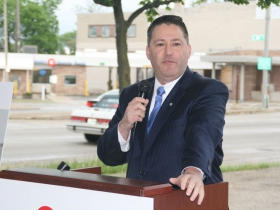 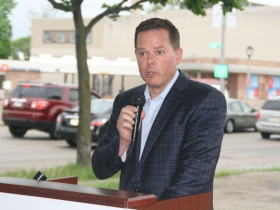 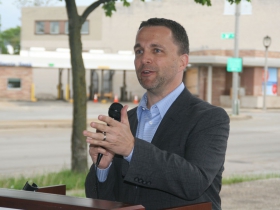 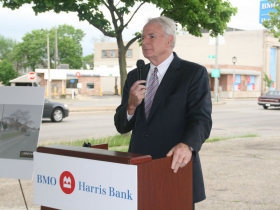 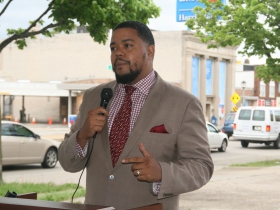 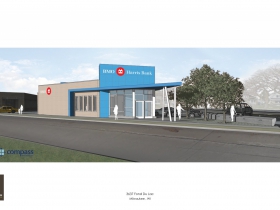 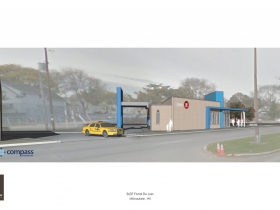 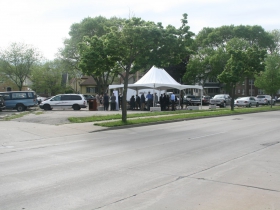 The original building won’t lay vacant for long as Compass Properties has lined up partners to redevelop the property. Juli Kaufmann and her firm Fix Development will join with Compass and JoAnne Sabir of The Juice Kitchen.

Compass executive Vice President Sheldon Oppermann described the development as “a way to get the building back in the hands of the community.” He promised the team has something special coming, “a model that we think can be replicated in commercial corridors in Milwaukee and the nation.”

Opperman was short on details for the plan, which is rumored to include a substantial food component, but told those in attendance at the groundbreaking to stay tuned.

Other businesses impacted by the August unrest are coming back as well. Plans on being finalized to reopen the BP gas station on Sherman Blvd. and Jet Beauty Supply at 3501 W. Burleigh St. has reopened.

BMO Harris Bank also announced Thursday that the organization will donate over $4 million to neighborhood programs in Wisconsin in 2017 to celebrate their 200th year in business. Over $2.8 million of that $4 million will go to organizations in the Milwaukee area, including the United Way of Greater Milwaukee, United Performing Arts Fund and Boys & Girls Club of Greater Milwaukee.

The bank’s history in Wisconsin dates back to 1847 with the founding of M&I Bank.

More information is available at BMO200.com.

2 thoughts on “Eyes on Milwaukee: New Bank for Sherman Park”