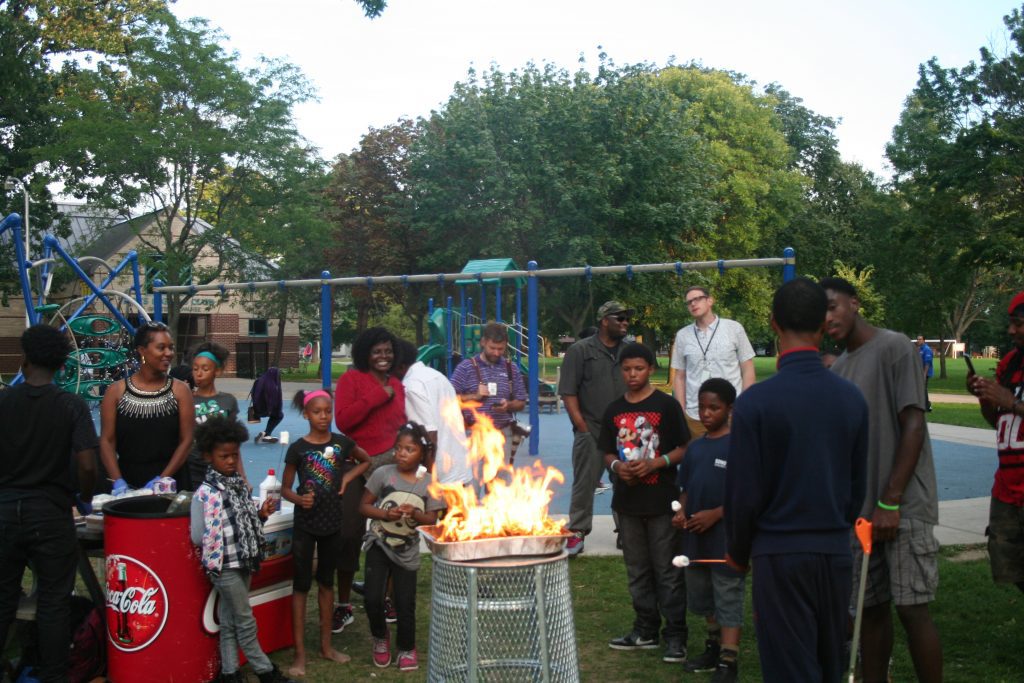 Residents, community members and elected officials gathered near the playground in Sherman Park in defiance of a weeks-long curfew. Photo by Jabril Faraj/NNS.

In the days and weeks following the weekend of unrest, community members gathered in and around the park to continue to protest, clean up, pray, read poetry and hold other events such as barbecues and drum circles. Many neighbors discussed their frustration and sadness, as well as the inequality in the city that many said was the root cause of the tension that led to the unrest.

Local leaders worked to provide recreational opportunities and support for youth in the park. Neighbors and youth workers expressed anger about the park’s restricted hours, saying it gave young people in the area “nowhere to go.” 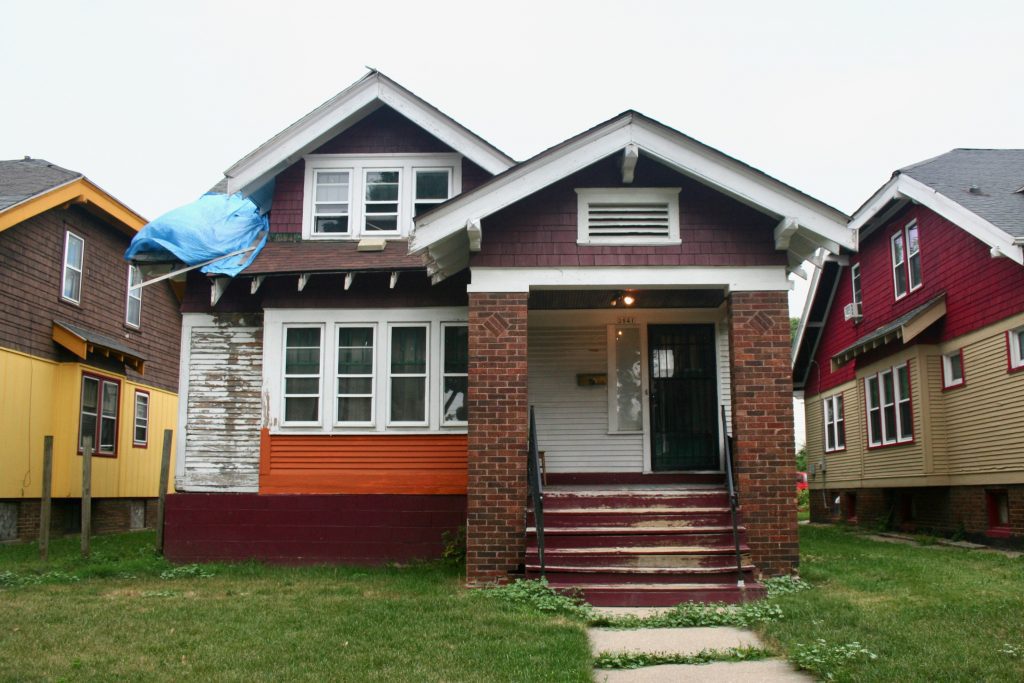 A worn down home in Sherman Park. Photo by Jabril Faraj/NNS.

Over the course of a few months—as conversations of root causes of the unrest surfaced and concerns were raised about unemployment, over-policing, discrimination and lack of opportunity—an influx of investments came into the Sherman Park area, and government officials and philanthropists alike made promises to the residents of the Sherman Park neighborhood to improve housing stock, quality of life and job availability. 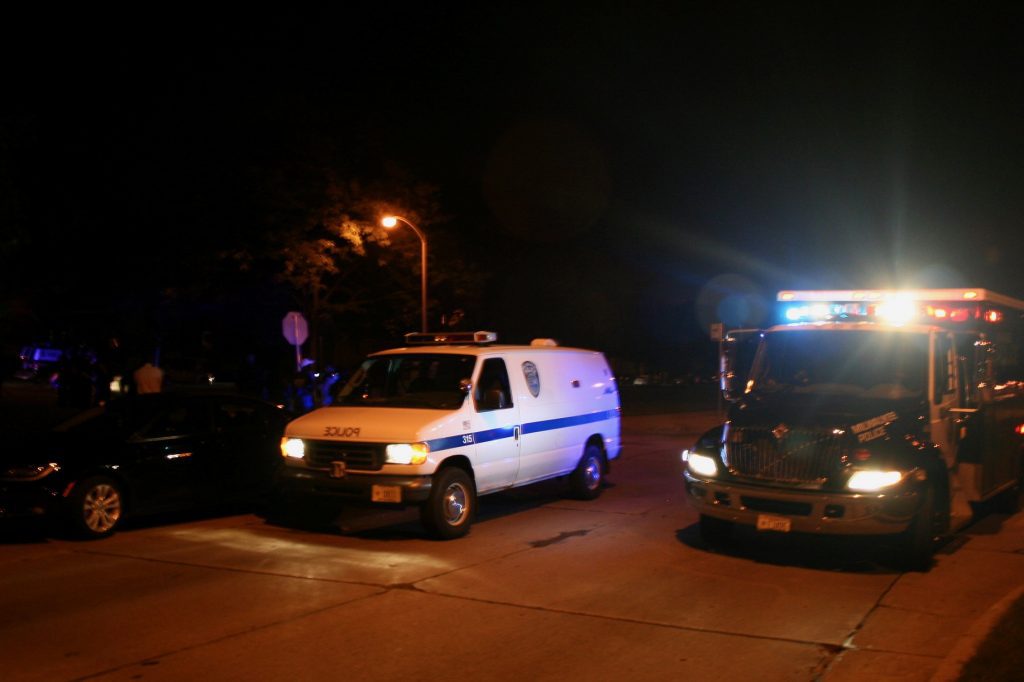 More than 40 officers and six police vehicles blocked the intersection of Sherman Boulevard and W. Auer Avenue after 9:30 p.m. one night in August 2016. Photo by Jabril Faraj/NNS.

In October 2016, Milwaukee Police Department officer Dominique Heaggan-Brown was charged with numerous sex-related crimes and fired from the department. In December 2016, he was charged with first-degree reckless homicide for the shooting of Sylville Smith, and community members demanded to see body camera footage. Heaggan-Brown was acquitted for the shooting in the summer of 2017. 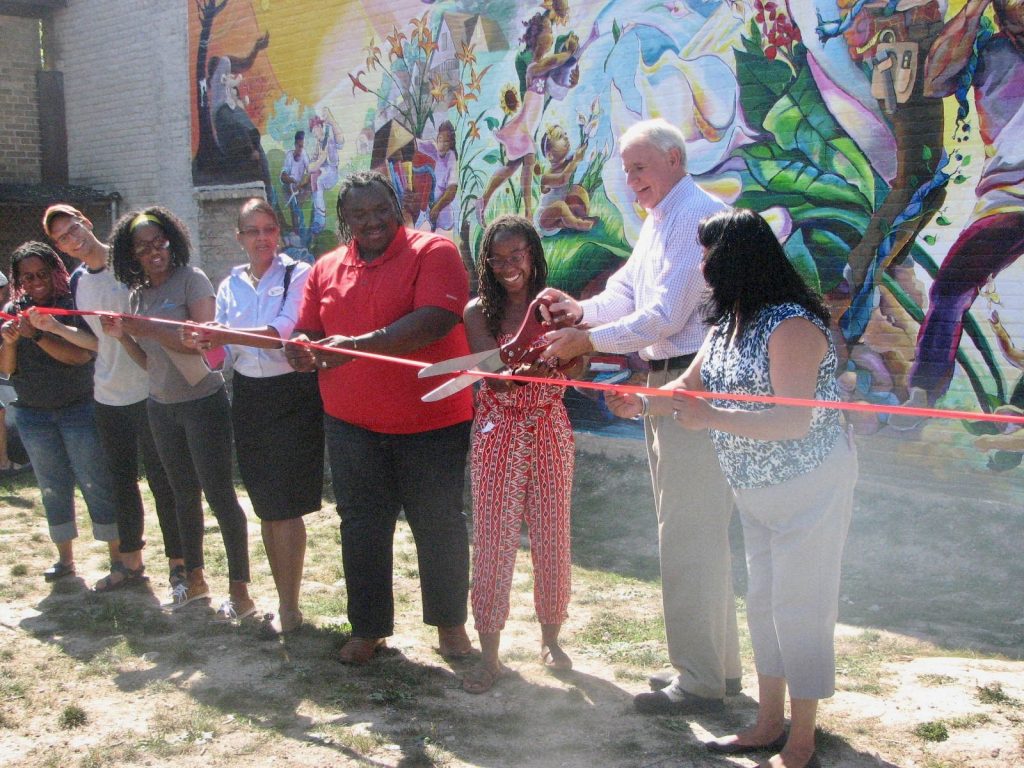 The ceremonial ribbon cutting at the September 2017 completion of the “Sherman Park Rising” mural. Photo by Lydia Slattery/NNS.

Throughout the summer of 2017, artist Tia Richardson unveiled the “Sherman Park Rising” mural that she created in collaboration with community members. The Boys and Girls Club in Sherman Park opened up a teen center, and Sylville Smith’s family hosted a Back to School Bash event in the park.

Residents reflected on the anniversary of the unrest through an event organized by local media and in other ways.

In December 2018, the Sherman Phoenix opened, transforming the old BMO Harris Bank that burned down during the unrest into a community space, food hall and business hub. The development houses 29 small businesses focused on wellness, all run by entrepreneurs of color, most of whom are women. Co-developers JoAnne Sabir and Juli Kaufmann collaborated with community members, officials and local business leaders to bring the project to life, utilizing innovative financing models. 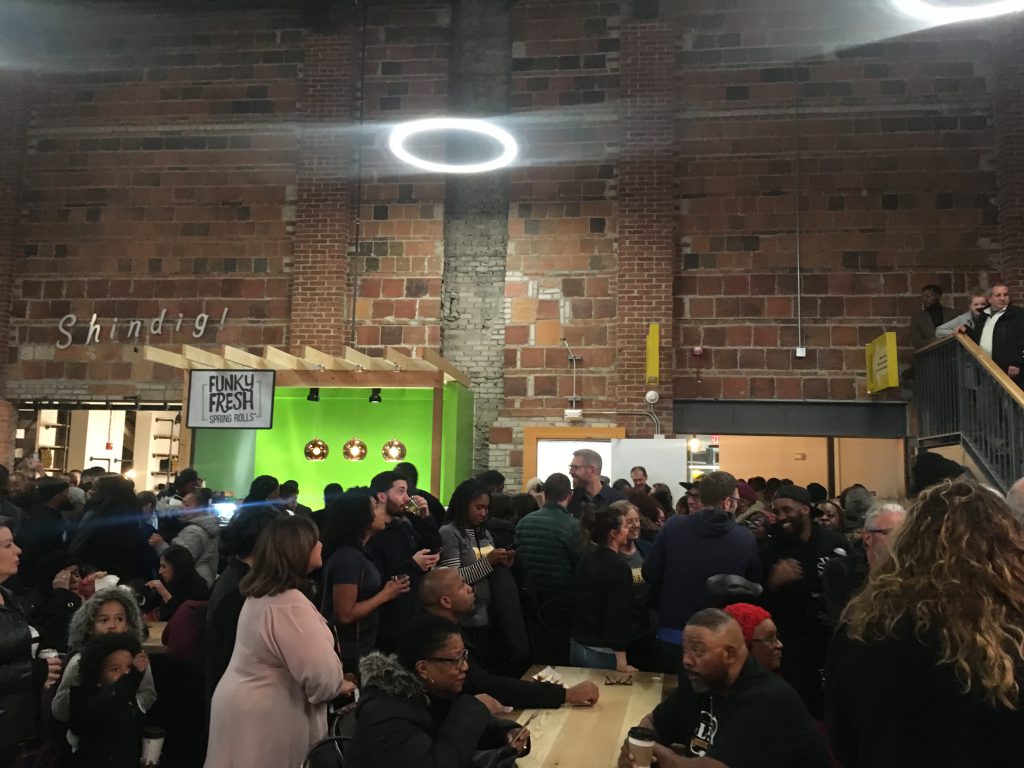 Other relevant links organized by theme: