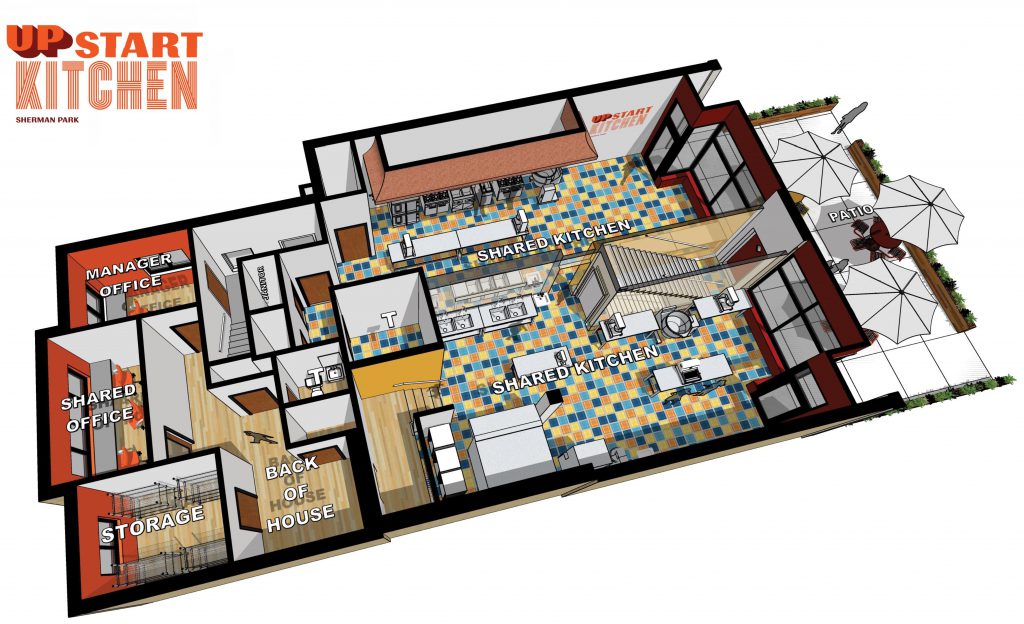 The kitchen, to be owned and operated by Prism Economic Development Corporation, will be open to anyone, with “priority pricing” for City of Milwaukee residents. The organization has an intentional focus on supporting low-to-moderate income entrepreneurs to address socioeconomic and racial disparities in Milwaukee.

The non-profit corporation, formed by the Parklawn Assembly of God church, is led by Tom Keppler. The church has been located in the Sherman Park neighborhood for over 100 years. The kitchen will be located in the former Gee’s Clippers space at 4325 W. Fond du Lac Ave., just west of Sherman Blvd. and across the street from the church.

“The idea for an incubator-kitchen was inspired by the experience of one of the lay leaders of Parklawn Assembly of God who launched his food service business using the commercial kitchen of Parklawn. In 2006, he outgrew the space at church and relocated to a larger commercial kitchen in the city and today employs 35 people providing nearly 6,000 meals to local schools daily,” said Keppler via email.

“UpStart will help entrepreneurs succeed by providing affordable kitchen space, access to resources such as mentoring, help with licensing, business planning, etc. and a place of community and relationships,” said Keppler.

The organization anticipates spending $360,000 to build the kitchen and $175,000 on operating the kitchen over its first year.

Keppler told Urban Milwaukee that the organization has raised $410,000 to date from a number of area foundations, including Bader Philanthropies, Greater Milwaukee Foundation, and Brewers Community Foundation, and private donors. A crowdfunding campaign is underway to reduce the $130,000 the organization would otherwise borrow via a line of credit.

“Barring any contractor delays, we anticipate a ‘soft launch’ in August 2019 to onboard first member-clients with a grand opening later this fall,” said Keppler via email.

Looking to learn more? Visit the UpStart website or attend an information session on July 9th from 6 p.m. to 7:30 p.m. at Parklawn Assembly of God Church at 3725 N. Sherman Blvd. The crowdfunding campaign is available on the We Raise platform.

Prism isn’t the only organization focused on improving access to commercial kitchens. The city recently approved a change to its zoning code to allow churches to lease their commercial kitchens to food trucks and caterers without the need for a zoning variance.