Rendering of The Couture

After voting unanimously to recommend approval for a zoning change for the long-awaited project, commissioners Patricia Najera, Stephanie Bloomingdale and Whitney Gould praised project architect Matt Rinka and his firm Rinka Chung Architecture. Najera gushed “I think the people that live there will be very lucky. They will have the best view in the city.” Bloomingdale chimed in with “I would also like to take the opportunity to thank you and your team for this magnificent design.” Gould, the former architecture critic at the Milwaukee Journal Sentinel and the commissioner with the greatest design expertise, stated that “the project shows how a really tall building can be shapely and sculpture, but also friendly at the pedestrian level.”

Barrett Lo Visionary Development is proposing the tower on the site of the now-demolished Downtown Transit Center at 909 E. Michigan St. The structure consists of two buildings spread across the two-acre site, a 975-stall parking garage on the western half of the site and a 44-story, ellipse-shaped apartment tower with a three-level base on the eastern half overlooking Lake Michigan. Unifying the two parts is a transit concourse that would include a stop for the Milwaukee Streetcar and the eastern terminus for Milwaukee County’s planned east-west bus rapid transit system. A public park would be built on the building’s third level. Planned publicly-accessible pedestrian bridges would connect the structure with O’Donnell Park to the north, the proposed Lakefront Gateway Plaza to the east and a potential tower to the south. The base of the tower would also include a substantial amount of commercial space, with a grocery store being a priority, along with multiple bars and restaurants. More details on the many project amenities, including a 40th-story rooftop deck, can be found in my column from early March.

Barrett hopes to begin construction on the project this year in order to finish the project in 2020. Over 300 apartments are planned for the tower. The Milwaukee Common Council approved a $17.5 million tax-incremental financing district in 2015 to support the project’s public components.

A Fight On the Horizon?

Before the commissioners were able to approve the project, developer Mark Irgens, who led the development of the adjacent 833 East office building, noted that his firm has concerns about the building’s design and would like to have further meetings with the project team. After raising the issue of a failure to properly notice nearby property owners on the zoning change and noting that his firm wasn’t waving their right to legal action over that fact, Irgens stated that “big picture we are generally supportive of a single Couture tower and the streetcar.” In response to a question from Gould, Irgens raised concerns over the proposed building’s podium and how it works with his firm’s 18-story office tower. Irgens concluded his remarks noting, “we think it’s a great thing for Milwaukee, but we have a privately financed project and we have a number of great tenants in the building and I am obligated to protect everybody’s interests.” Rinka responded that “this actually comes as a bit of a surprise, but we’re willing to work through any issues or concerns.” The architect noted that his firm has exchanged three-dimensional models of the project with Irgens’ architect Kahler Slater and offered to continue to work with the office developer.

Irgens’ tower is substantially offset from proposed apartment tower, meaning both towers will have great lake views. Irgens testimony of support for a “single Couture tower,” however, seems to raise the issue of a potential second tower at the site. Urban Milwaukee broke the news two weeks ago that a second tower is in the works after examining plans for The Couture’s base and discussion with a number of sources. A statement from Rick Barrett issued after the article’s publication, does not deny the potential second tower. That tower, which would require a future zoning approval and appears to be years away, could impact the views from 833 East based on its location.

The project next will advance to the Common Council’s Zoning, Neighborhoods & Development Committee. The full Common Council is likely to review the project at their regularly scheduled March 28th meeting. 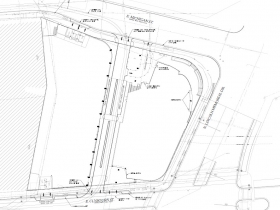 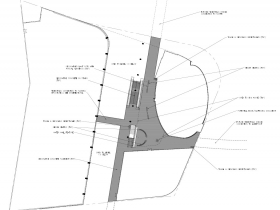 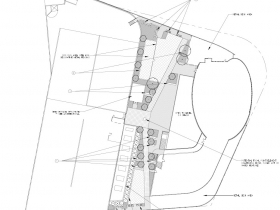 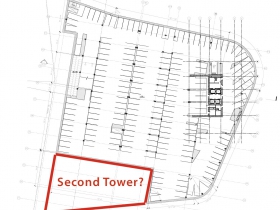 For more on the project, including details on a potential second tower planned for the site, see our past coverage.