The Couture is Finally Happening

A 44-story apartment tower planned for a prime site along the lakefront is finally happening. Milwaukee County is expected to close on the sale of the Downtown Transit Center to Barrett-Lo Visionary Development at the end of the month to clear the way for The Couture.

To accommodate the sale, the Milwaukee County Transit System is re-configuring a number of bus routes that currently terminate at the center. The Milwaukee County Historical Society has also been on site this week removing a transit history exhibit on the building’s second floor. Demolition of the building itself will begin in the coming weeks.

The 44-floor The Couture is expected to cost $122 million to complete.  With 302 apartments planned for its upper floors, the building will have a number of other uses incorporated into the lower levels. A substantial commercial component, including restaurant and retail space, will be accessible via a public concourse on the lowest floors. Plans for a hotel, originally included when the project was first announced in 2012, were dropped as the tower went through final design. An approximately 800-car parking garage will be built at the base of the building.

A pedestrian bridge is planned to bisect the tower, connecting O’Donnell Park and E. Wisconsin Ave. with the other side of N. Lincoln Memorial Dr. where the Lakefront Gateway Plaza will be created. Rinka Chung Architecture, who is designing the tower, is also part of the team designing the planned park, which has yet to secure funding.

Milwaukee County approved the sale of the transit center for $500,000 in December 2014, but because of a series of legal delays it took until early April of this year for Barrett-Lo to exercise their purchase option. Along the way the tower gained a streetcar and bus-rapid transit system stop at its base. As was recently announced by the city, the streetcar will not rely on overhead wires for power during that segment of the route, making the sharp renderings for the project just a bit more accurate.

In order to pay for many of the planned public improvements in and around the building, the city created a tax-incremental financing district for a portion of E. Michigan St. The TIF district borrows against future incremental property tax revenue to finance the public improvements, including the transit station and public concourse space.

A number of Milwaukee County Transit System bus routes that currently terminate at the Downtown Transit Center will see substantial changes beginning August 28th. Route 12 will now terminate at the Milwaukee Intermodal Station on the west side of Downtown. Route 33 will now terminate at Juneau Park and be reconfigured to provide something sorely lacking in the system, an east-west connection across the north side of Downtown. Route 90, the Brewers Line that serves Miller Park, will now run to the eastern end of Wisconsin Ave. before heading to the many bars on N. Water St.

Many of the changes do leave much to be desired when it comes to serving all of Downtown. Riders coming from Wauwatosa (route 31), the northwest side (route 12), Ozaukee County and northeastern Milwaukee County (route 42U) will suddenly find themselves having to transfer, walk or bike to East Town. Those reconfigured routes now all terminate on the far western end of Westown.

Routes 44, 79 and 137 will also be changed, although riders will notice little change.

For more details, see the route maps included at the end of the article.

Built in 1992 at 909 E. Michigan St., the Downtown Transit Center isn’t the passenger hub that Penn Station is in New York City, or even the Milwaukee Intermodal Station in Westown. Commonly referred to as a “bus barn,” its primary purpose is for layover of buses. Located at the eastern end of Downtown, the center has never been a heavily-used boarding site for passengers.

The Harbor Lights Room on the second floor, as well as a second-story public park, have been long closed to the public.

Since it was funded in part by the federal government, the sale of the site needed approval from the Federal Transit Administration to avoid an $8 million liability, money the county would have had to repay to the federal government. The FTA granted that approval in April, no doubt aided by the inclusion of the many different transit components.

It’s hard to imagine anyone will miss the building from a design standpoint. It projects a wall of concrete at the lakefront. It’s north side, which includes a token tribute (in the form of a clock tower) to the elegant Chicago & North Western Railway Lakefront Depot that formerly stood on the site, is far from pedestrian friendly and greatly out-of-sync with the recently completed 833 East office tower to the east. 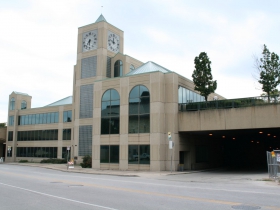 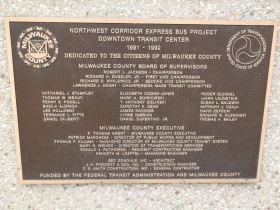 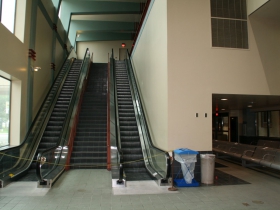 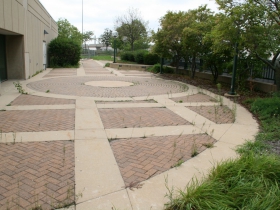 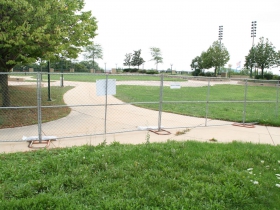 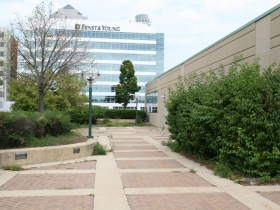 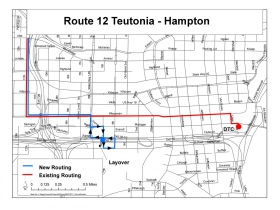 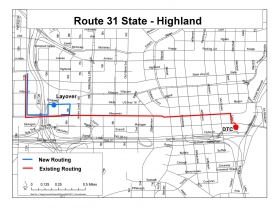 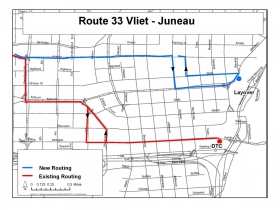 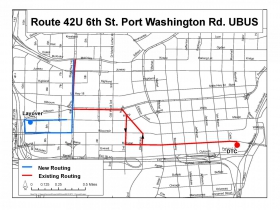 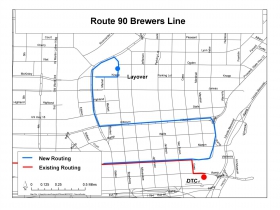 9 thoughts on “Eyes on Milwaukee: The Couture is Finally Happening”