Dramatic plan moves freeway ramps and creates a grand boulevard that connects downtown and the lakefront.

A once-in-a-generation opportunity to reshape Milwaukee’s lakefront was afforded with the Hoan Bridge scheduled for a $278 million rebuild in 2014.  That set the stage for this morning’s press conference, where Governor Scott Walker, Mayor Tom Barrett, County Executive Chris Abele, Representative Jon Richards, and philanthropist Michael Cudahy unveiled a plan to relocate two Interstate 794 ramps, convert a portion of E. Clybourn St. into a boulevard, extend Lincoln Memorial Drive to the Historic Third Ward, and add a pedestrian bridge. As part of the reconfiguration, the City will gain approximately three new acres of land for development (south of E. Clybourn St, between Van Buren St. and Lincoln Memorial Dr.), as well as seeing the value increase on a number of area parcels.

The plan will be paid for with a combination of state and city funds. The Wisconsin Department of Transportation (WisDOT) will pay for the ramps, estimated to cost $16 million. The city will pay for the streets and pedestrian bridges by leveraging the proposed tax-incremental financing district for Northwestern Mutual Life Insurance Co.’s new building to be located on the northern edge of the area.

The proposed pedestrian bridge would connect Rick Barrett‘s proposed The Couture apartments and hotel high-rise with the festival grounds, Discovery World and other amenities across Lincoln Memorial Drive. The proposed development site is currently occupied by the Downtown Transit Center, which would be relocated to be near the Milwaukee Intermodal Station. The transit center is currently used primarily as a bus storage facility, and is not a major bus stop for riders.

Included in the renderings is a proposed reconfiguration of the intersection of Lincoln Memorial Dr. and E. Michigan St. The renderings show the removal of the high-speed turn lanes that greatly expand the intersection and make it difficult for pedestrians to access the lakefront from O’Donnell Park. I had written about the need for this change and others in a 2011 article. Also shown is Irgens Development’s proposed 833 East office tower located on E. Michigan Street. 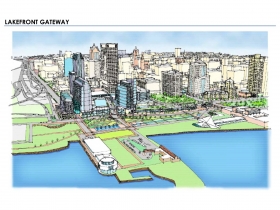 The Lakefront Gateway from the City’s 2010 Downtown Plan. See more in the gallery below.

The impetus for the change stems from two sources, Milwaukee’s 2010 Downtown Plan, which included the Lakefront Gateway as a catalytic project and Milwaukee County’s Long-Range Lakefront Planning Committee, which produced a number of recommendations for improvements on the section of Milwaukee’s lakefront near downtown including adding a bicycle/pedestrian lane to the Hoan Bridge. WisDOT already has decided against adding a bicycle lane to the bridge, following a study that may have included artificially inflated numbers.

The reconfiguration does not match exactly what was proposed in the Downtown Plan and by the Lakefront Planning Committee, as both proposals called for the ramps to be moved further west to open up more land for development. Alas, it appears idealistic planning met the political arena head on, and a compromise was found.

The reconfiguration will allow the City of Milwaukee to better realize the value of land adjacent to the lakefront, without having to sacrifice any of the treasured lakefront parkland that sets Milwaukee apart from many other cities. The change will add to the city’s tax base both on the edge of downtown and the Historic Third Ward, make it easier for pedestrians to cross between the lakefront and downtown, and ease motorized vehicle access to many lakefront amenities and the Historic Third Ward.

The galleries below include illustrations of the current environment, the proposed changes from the 2010 Downtown Plan, renderings from the Long-Range Lakefront Planning Committee, and the designs unveiled today. 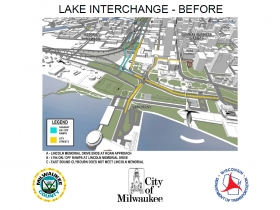 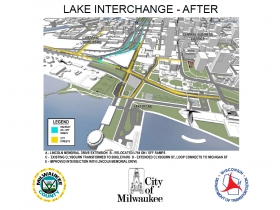 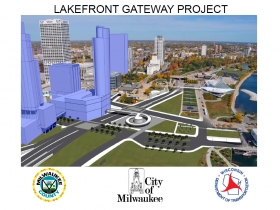 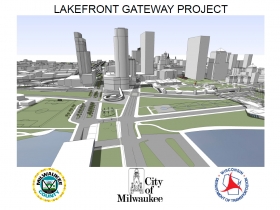 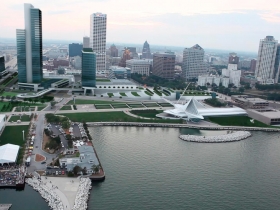 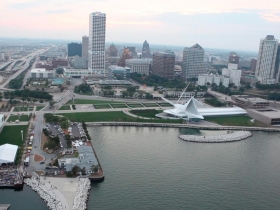 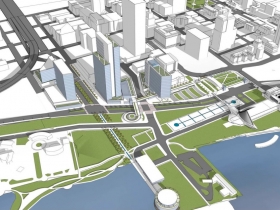 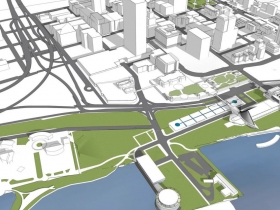 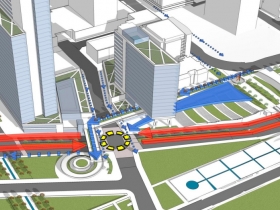 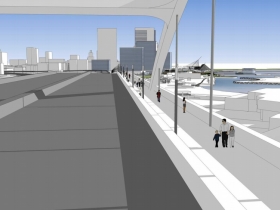 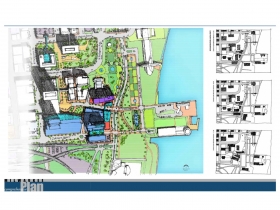 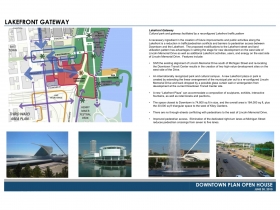 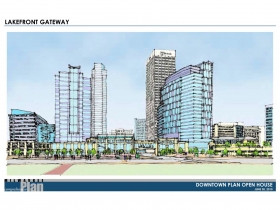