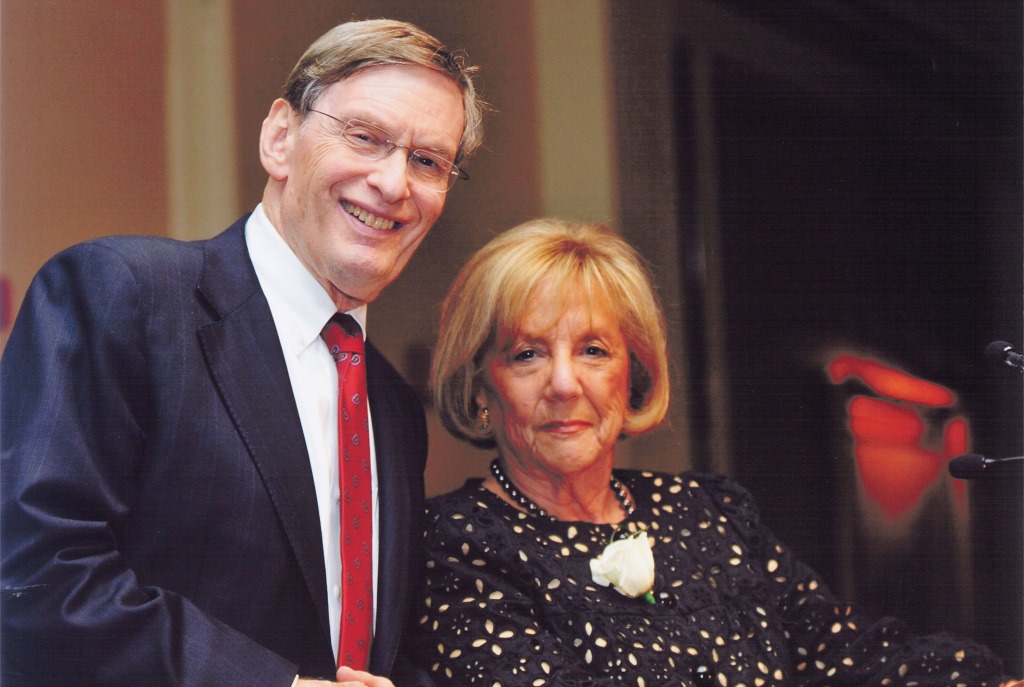 Brookfield, WI (October 10, 2017) The Sharon Lynne Wilson Center for the Arts (Wilson Center) is pleased to announce that Allan H. (Bud) Selig and Suzanne L. Selig will be honored with the 14th annual EDDY Award at the Wilson Center’s premier annual arts education fundraiser, The Big Event, on Saturday, June 2, 2018.

Endowed by Wilson Center supporters Murph and John Burke, the EDDY is presented annually by the Wilson Center’s Bridge Committee to an arts organization, corporation, or individual(s) whose commitment to regional collaboration has created a higher standard of excellence in arts and education. In presenting the 2018 EDDY Award, the Wilson Center will celebrate the Seligs’ commitment to raising Milwaukee’s profile in the arts and culture community through their support of many local institutions, endeavors, and causes.

The Seligs were among the first major donors to the Milwaukee Film Festival in 2008 and the Festival annually bestows the Allan H. (Bud) and Suzanne L. Selig Audience Award to the event’s favorite films. They also are significant contributors to the Milwaukee Art Museum and are the sponsors of S2, a sculpture created by Santiago Calatrava, located at 111 E. Wisconsin Avenue on the east side of the Museum. The Seligs also are supporters of the Milwaukee Ballet, the Children’s Outing Association (COA) Youth & Family Center, the Milwaukee Jewish Federation, the Jewish Community Foundation, and the American Cancer Society, as well as champions for youth and education. The Seligs also were instrumental in Major League Baseball’s role as the inaugural donor of Stand Up To Cancer. The Commissioner Emeritus of Major League Baseball and a member of the National Baseball Hall of Fame, Bud Selig was presented with a Lifetime Achievement award in March 2010 from the Jackie Robinson Foundation, which aids academically distinguished minority students. In May 2010, the Taylor Hooton Foundation bestowed its inaugural Taylor’s Award to Selig for his impact on educating American youth on the dangers of performance-enhancing drugs. In July 2016, Sue Selig was honored by PAVE (Partners Advancing Values in Education) Milwaukee for her contributions to improving education in the Milwaukee area.

The 2018 Big Event will mark the fourth year for the presentation of the Educational Excellence Award, which recognizes organizational achievement of a nonprofit that exemplifies collaboration in the arts. For its commitment to enhancing students’ education through the integration of the arts into the school curriculum, the Wilson Center Bridge Committee has selected the Milwaukee Symphony Orchestra’s Arts in Community Education (ACE) program as the recipient of this award.

The major channel through which the Wilson Center raises funds for its arts education programs that impact the lives of more than 10,000 students from Southeast Wisconsin each year, The Big Event will take place on June 2, 2018. This all-inclusive event will feature a pre-party with entertainment, interactive art experiences, cocktails, and small plates; voice auctions; an exclusive concert event; and a post-party with music, dancing, late-night food, cocktails, and more. For information on tickets and sponsorship opportunities, contact Vice President-Development Megan Huse at mhuse@wilson-center.com or 262-373-5032.

ABOUT THE SHARON LYNNE WILSON CENTER FOR THE ARTS
The Sharon Lynne Wilson Center for the Arts is one of the finest multi-disciplinary cultural arts centers in the United States, with a mission to be the catalyst for lifelong discovery and exploration of the Arts. Founded in 2002, the Wilson Center presents performances by world-renowned artists and ensembles; offers arts education opportunities; curates the Ploch Art Gallery, which features both national and Wisconsin-based fine artists; and extends the arts beyond the walls of the Center through Lynn Chappy ArtsPark—a vibrant, outdoor sculpture landscape designed to engage and inspire. Each August, the annual Wilson Center Guitar Competition & Festival celebrates the world’s leading classical, rock/blues, jazz, and fingerstyle guitarists. The Wilson Center nurtures lifelong learning through innovative programs and classes for all interests, ages, and abilities in state-of-the-art studios and classrooms. Some of Southeast Wisconsin’s finest arts organizations offer professional instruction at the Wilson Center, including First Stage Theater Academy, Trinity Irish Dancers, and the Wisconsin Conservatory of Music. From performances and recitals to meetings and special events, the Wilson Center’s beautiful spaces are available for rental to individuals, schools, organizations, and corporations throughout the community. To learn more, visit www.wilson-center.com.

ABOUT SUZANNE AND BUD SELIG
Allan H. (Bud) Selig is the Commissioner Emeritus of Major League Baseball and a member of the National Baseball Hall of Fame. He was inducted into the Hall of Fame at Cooperstown, New York on July 30, 2017. Selig was named to the unprecedented position of Commissioner Emeritus by Commissioner Robert D. Manfred, Jr. on December 19, 2014. Selig was named the ninth Commissioner of Baseball on July 9, 1998, by a unanimous vote of the 30 Major League Baseball club owners. Prior to his election as Baseball Commissioner, he served as the Chairman of the Executive Council, making him the interim Commissioner and the central figure in Major League Baseball’s organizational structure dating back to September 9, 1992. Having served more than 22 years as the leader of the baseball industry and having implemented remarkable change throughout his tenure, Selig was deservedly rewarded by being elected into the Baseball Hall of Fame on December 5, 2016 before the formal induction in Cooperstown, NY. Selig has received many significant honors for his accomplishments, philanthropy and corporate citizenship in recent years. In March 2010, the Jackie Robinson Foundation, which aids academically distinguished minority students, presented him its Lifetime Achievement Award. In May 2010, the Taylor Hooton Foundation bestowed its inaugural Taylor’s Award to Selig for his impact on educating American youth on the dangers of performance-enhancing drugs. In August 2010, the Milwaukee Brewers unveiled a statue in Selig’s likeness outside Miller Park, honoring all of his efforts for his hometown and for his leadership of the Brewers and the game of baseball. In September 2010, Stand Up To Cancer, dedicated to groundbreaking translational research in the fight against cancer, made its first Named Innovative Research Grant in honor of Allan H. Selig and his wife, Suzanne L. Selig, for spearheading MLB’s remarkable industry-wide support as a founding donor. In August 2011, the National Baseball Hall of Fame and Museum unveiled the Allan H. (Bud) Selig Center for the Archives of Major League Baseball Commissioners, a permanent research space within the halls of Cooperstown, dedicated in his honor. In September 2012, the Green Sports Alliance presented its first Environmental Leadership Award to Selig; the Natural Resources Defense Council called Selig “the single most influential environmental advocate in the history of sports.” In June 2013, the Commissioner was the recipient of B’nai B’rith International’s Distinguished Humanitarian Award. In June 2014, Boys & Girls Clubs of America presented Selig with its Chairman’s Award at the organization’s Great Futures Gala. In October 2014, he was inducted into the Broadcasting & Cable Hall of Fame. In August 2017, Selig was awarded the Lifetime Achievement Award by the Milwaukee Public School Foundation at its inaugural awards dinner. Selig is a major supporter of his alma mater, the University of Wisconsin-Madison, as well as Marquette University. The University of Wisconsin has named several need-based scholarships and a history department chair in Selig’s honor. Selig, who has taught at Marquette University Law School since 2009, was named to its adjunct faculty as distinguished lecturer in sports law and policy in 2010. Selig also teaches a baseball history course at the University of Wisconsin. Additionally, Selig is the O’Connor Distinguished Professor of Sports in America at the Sandra Day O’Connor College of Law at Arizona State University.

Suzanne L. Selig has helped raise Milwaukee’s profile in the arts and culture community through her commitment to many local institutions, endeavors and causes. Sue has supported the Milwaukee Ballet, the Milwaukee Arts Museum, the Children’s Outing Association (COA) Youth & Family Center, the Milwaukee Jewish Federation, the Jewish Community Foundation and the American Cancer Society. In 2006, Sue and her husband, Allan H. Selig, were honored with the Centennial National Human Relations Leadership Award from the American Jewish Committee. The Seligs were among the first major donors to the Milwaukee Film Festival in 2008. The festival bestows the Allan H. (Bud) and Suzanne L. Selig Audience Award each year to the event’s favorite films. In 2010, Stand Up To Cancer, a program of the Entertainment Industry Foundation that raises funds to hasten the pace of groundbreaking translational research, announced that its first Named Innovative Research Grant was made in honor of Allan H. (Bud) Selig and Suzanne L. Selig for spearheading Major League Baseball’s support of the organization’s efforts to cure cancer. Major League Baseball was the first major donor to SU2C with a $10 million initial pledge in 2008. In 2010, Sue represented MLB when the First Lady, Michelle Obama, announced the expansion of the “Let’s Move” campaign, which sets a goal of solving the challenge of childhood obesity so that America’s youngest children will reach adulthood at a healthy weight. In July 2016, Sue was honored by PAVE (Partners Advancing Values in Education) Milwaukee for her contributions to improving education in the Milwaukee area. Sue is a graduate of the University of Minnesota. Sue and Bud have three daughters and five granddaughters.

ABOUT MILWAUKEE SYMPHONY ORCHESTRA ARTS IN COMMUNITY EDUCATION PROGRAM
Currently celebrating its 28th year, ACE is nationally recognized as a model in arts integration, achieving its goals with a unique and comprehensive series of culturally diverse, cross-curricular arts experiences for students, teachers, and families beginning in kindergarten and moving through each grade level. With 26 cultural partners that include Milwaukee Ballet, Skylight Music Theatre, and the American Indian Center, ACE works with 500 faculty and staff in 21 public and private schools in eight districts. Primarily designed for kindergarten through fifth grade, there is also a middle school component, and of the nearly 7,500 students served, half of participating students are minorities and half come from low-income families. 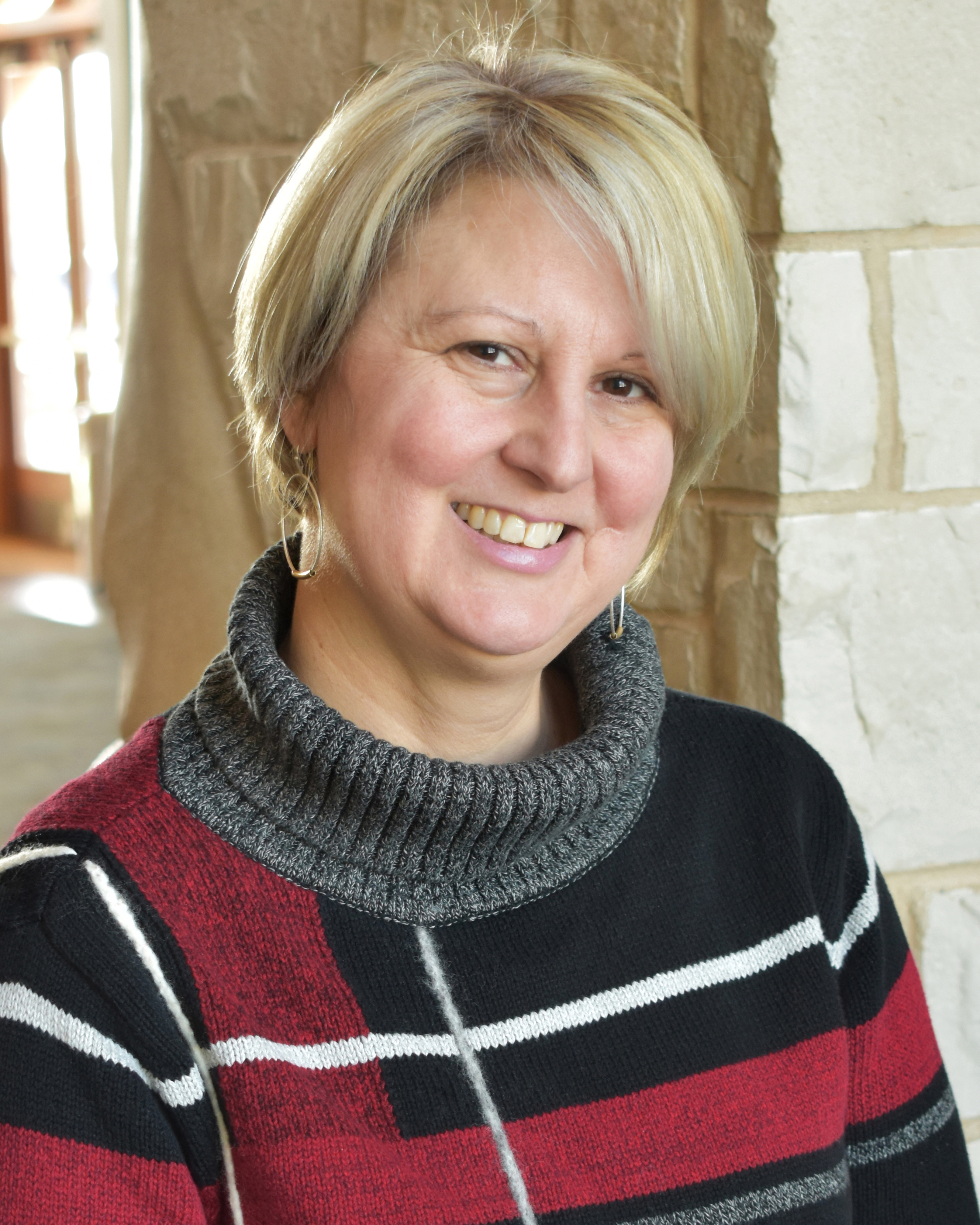