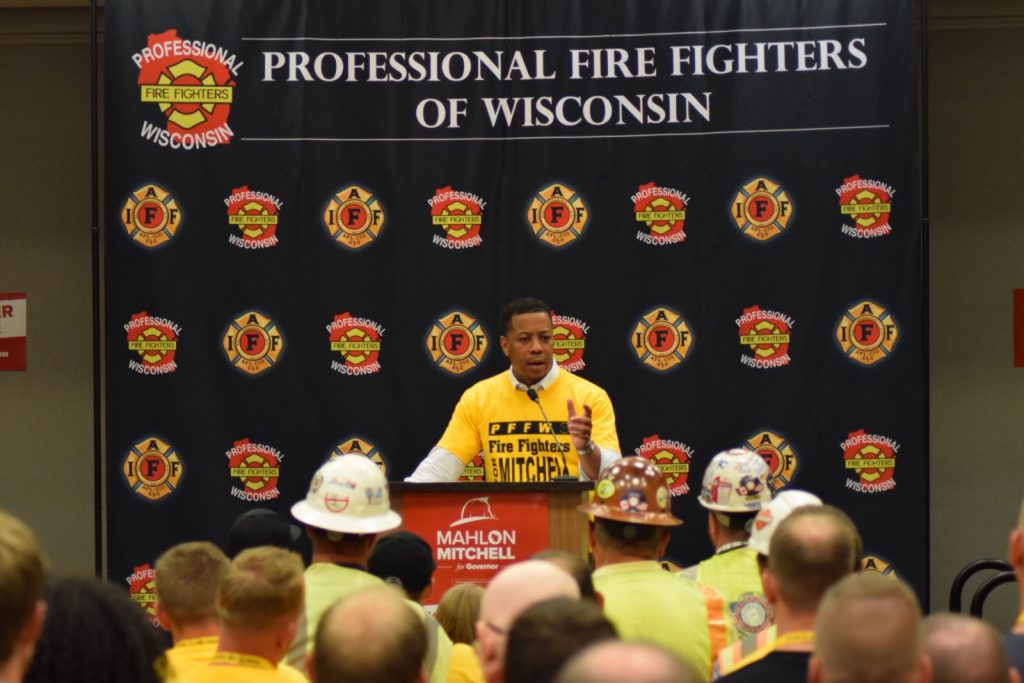 MADISON – Today, at the Madison Concourse Hotel, Harold Schaitberger, general president of the International Association of Firefighters and Phil Neuenfeldt, president of Wisconsin AFL-CIO were joined by their colleagues Rick Badger of AFSCME and Dian Palmer of SEIU and over 250 of their members in support of Democratic gubernatorial candidate Mahlon Mitchell. All four organizations have endorsed Mitchell and told their audience that a victory for Mitchell is more than just a win for labor but a win for all Wisconsinites.

“There’s a war going on all across this country, the few that have want the remaining to be a larger part of the have-nots. Part of doing that is to attack a working middle class, working families and those of us in organized labor and Wisconsin was ground zero for that effort,” said Schaitberger. “We must put people in office who want to take care of working families, educate our children, ensure we have fair wages, paid leave, and access to good retirement – we have that candidate here in Wisconsin. That candidate is Mahlon Mitchell and he is the only candidate that can beat Scott Walker.”

“Mahlon’s commitment and character has been tested over and over – tested as an individual and as a leader and he rises to the occasion,” said Phil Nuenfeldt. “It’s an honor to stand strong with him and do the work we can to elect him as he has long stood strong with working people of this state.”

"Walker continues to pay us lip service with hollow political stunts instead of actually governing."

"Scott Walker’s fake outrage is as out of step as his priorities."