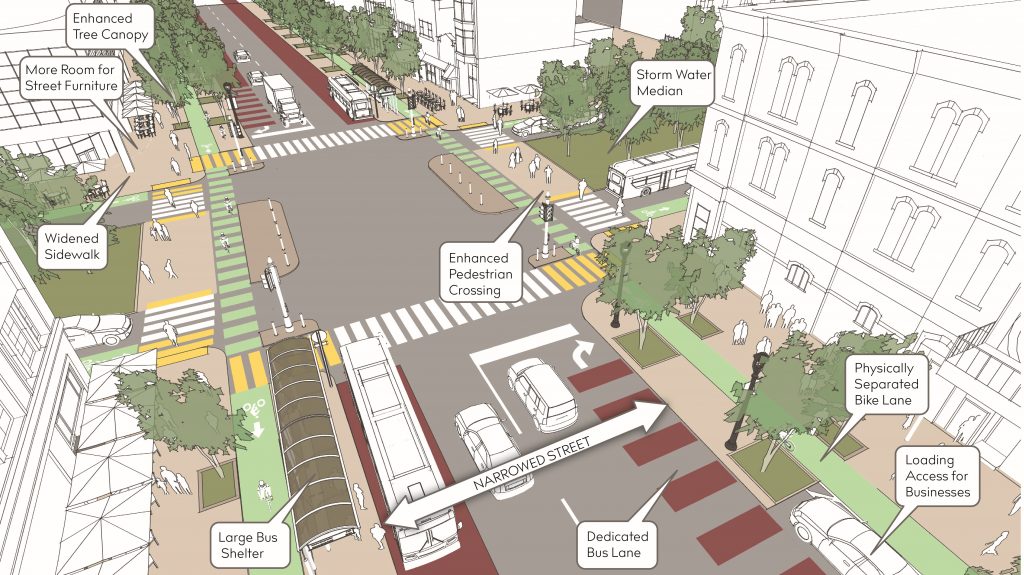 The Department of City Development (DCD) and its partners have big plans for at least three key locations Downtown as part of the “Connec+ing MKE 2040” downtown plan update.

It’s the third of four planned meetings intended to create a shared vision for the future of Downtown. The ideas in the last two downtown plans, including building a streetcar system and demolishing the Park East Freeway, have been largely realized.

The partners took feedback from a May meeting on the topics of housing, business, retail, arts and culture, public space, transportation, development and sustainability to create 46 recommendations. Each of the recommendations will be presented at Wednesday’s meeting.

Get a daily rundown of the top stories on Urban Milwaukee
A final list of priority projects has yet to be determined. “All concepts require further study and engagement,” said DCD in releasing the images before the meeting. “Please keep in mind that this is all very much a work in progress. Once we have collected all the feedback from this third round of engagement, we will begin drafting the plan document.”

The project consulting team was announced in 2021. P3 Development Group is managing equity and engagement and The Kubala Washatko Architects, HNTB, American Design, Inc., and raSmith are providing design services.

A group affiliated with 1000 Friends of Wisconsin has called for the city to include the removal of a portion of Interstate 794 in the updated plan. The 2010 Downtown Plan included a since-completed catalytic project to add lighting and other activation under the elevated freeway to better connect the Historic Third Ward and East Town.

A DCD report says that, since the plan was last updated in 2010, there has been $3.5 billion in development and there are now 4,800 more residential units in Downtown. The plan was originally created in 1999 and includes recommendations on things now taken for granted, like redeveloping the Pabst Brewery and adding more two-way streets.

The city is contributing $50,000 to the latest planning effort and Milwaukee Downtown is providing $100,000.

The area is roughly bounded by W. Walnut St. and E. Lyon St. on the north, the Menomonee River and E. Clybourn St. on the south, N. Lincoln Memorial Dr. on the east and Interstate 43 on the west.

DCD has undertaken a number of planning projects for other areas of the city in recent years, including the Water and Land Use Plan that guides the development of the Harbor District, a S. 13th St. area plan for the Crisol Corridor and an updated plan for the area around W. Fond du Lac Ave. and W. North Ave. A planning effort is currently underway for Bay View. 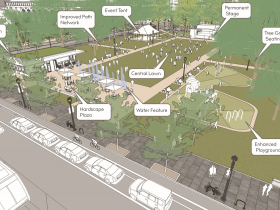 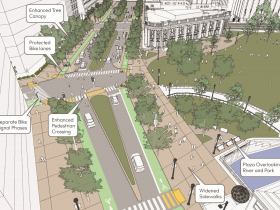 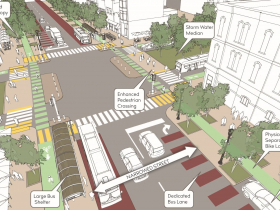 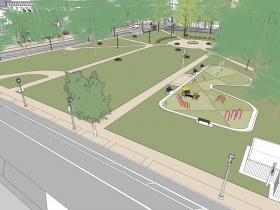 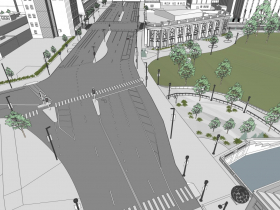 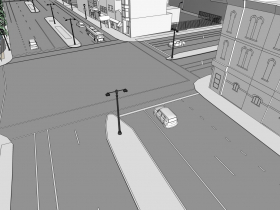