Council wants to hire its own attorney. City Attorney oppose this and Barrett vetoes proposal. 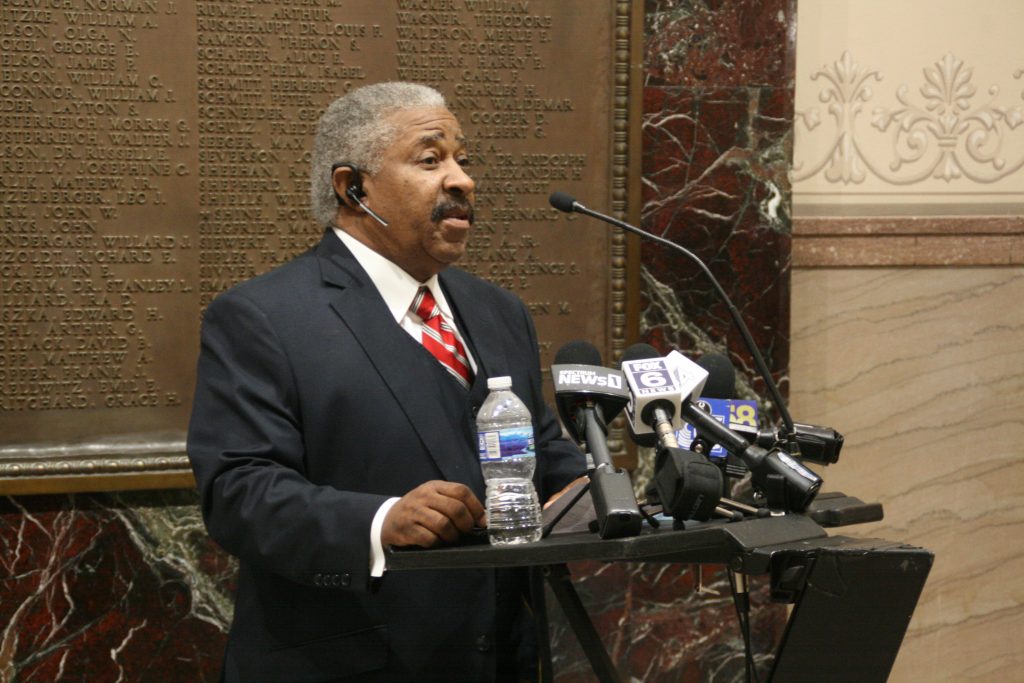 Members of the Milwaukee Common Council thought they had a simple solution to resolve their frustration with City Attorney Tearman Spencer.

“The change proposed in the Council’s amendment does not improve the quality, depth, or coordination or legal services for the City,” wrote the mayor. “The amendment also puts the City’s Charter at odds with State law.”

It’s not the first time Barrett has inserted himself in the Spencer-Council fight. He vetoed a July resolution that stripped Spencer of his mandatory review of any contract valued at $25,000 or more.

But the council unanimously overrode that veto, sending a message that it wasn’t pleased Spencer had refused to sign the revised The Couture deal and created for himself an unreviewable veto. The council also approved spending $100,000 to hire an attorney and a third party to determine if it acted appropriately, with Spencer arguing against using in-house attorneys.

The council attorney budget amendment was adopted on a 9-5 vote. It needs 10 votes to override a mayoral veto.

Ald. Khalif Rainey was absent from the budget vote, but based on past voting patterns is likely to vote to sustain Barrett’s veto. Inside the council, the Spencer fight has hardened on racial lines, with the Black council members backing Spencer with one exception. It’s the same division that resulted in Cavalier Johnson, the exception, becoming council president.

Get a daily rundown of the top stories on Urban Milwaukee
Spencer, who is Black, has claimed that one of the leading reasons he is having challenges is people aren’t accepting of a new Black leader at City Hall and that harassment claims against him are “unfounded.” New city human resources director, Makda Fessahaye, who is Black, refuted the latter claim and said the harassment investigation of Spencer she oversaw earlier this year stopped because of the limits on the policy. “We did, however, find that his actions were inappropriate and unbecoming of his position as the City Attorney,” she said in April.

The council will take up the veto at its next scheduled meeting, November 23.

Another thing the council is likely to vote on at that meeting is a proposal to amend the city charter to enact the attorney provision. The Judiciary & Legislation Committee recommended approval of the change on a 3-2 vote Monday with council members Ashanti Hamilton and Nikiya Dodd in opposition.

Spencer is maintaining his opposition to the change. In a letter to the council, Spencer said the council’s action to hire an in-house “special counsel” doesn’t comply with the state statute the council is relying on and said the council should instead hire an outside attorney when it disagrees with another city department. “At the very least, this matter deserves more study and consideration,” he wrote.

The City Attorney’s Office is seeing sustained, high turnover including employees that Spencer hired leaving. It recently hired an individual that worked for an anti-Muslim group. Spencer, meanwhile, is now blaming the media for his issues.

Barrett raised the specter that if the council prevails, it could result in many departments getting their own attorneys.

“Based on the Council’s logic, a much stronger argument could be made to give the Fire & Police Commission, the Police Department, and the Department of Neighborhood Services their own independent attorneys based solely on the volume of work. The Mayor’s Office could certainly be assigned an attorney, as could the Comptroller and Treasurer,” wrote Barrett.

But at least one member of the Common Council thinks the Department of City Development is already functioning with its own attorney. Following Spencer’s election, deputy city attorney Mary Schanning transitioned to filling the role of a real estate compliance liaison officer within DCD. A member of the City Attorney’s Office still serves as the official attorney for DCD, unlike what the council is proposing for itself.

On Tuesday morning, after this article was first published, Schanning presented an updated development agreement to the Zoning, Neighborhoods & Development Committee.

“So you were practicing law within the Department of City Development?” asked Ald. Robert Bauman.

“I was drafting a document which a lawyer does not need to do,” said Schanning.

Bauman noted that Barrett did not veto the creation of her position.

“By the way, you’re a very good attorney. We should make that known for the record,” said Bauman.

“You’re so not bad yourself,” responded Schanning.

The attorney veto was the only veto issued by Barrett for the 2022 budget.

The section on the Department of City Development was updated after publication.

One thought on “City Hall: Council, Mayor At Odds Over City Attorney”