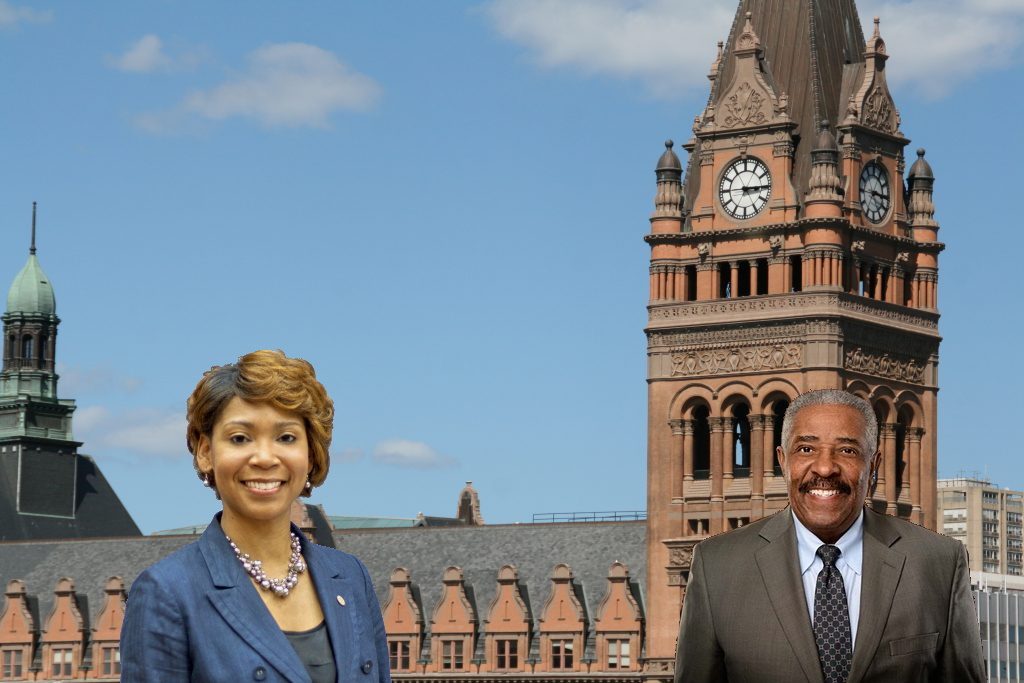 The alleged conduct of City Attorney Tearman Spencer is causing derision within the Common Council.

On Friday morning, hours before a scheduled budget hearing on Spencer’s office, assistant city attorney Christian Thomas sent an office-wide letter explaining that his resignation was triggered by Spencer committing an “abuse of power” aimed at getting back at a former attorney whose workload Thomas inherited. Details on the letter and Spencer’s conduct are included in an earlier article.

Spencer and a number of members of the City Attorney’s office appeared before the Common Council’s Finance & Personnel Committee just hours after the letter was released. And as a result, the committee discussed far more than the proposed 2022 budget.

It began with Alderwoman JoCasta Zamarripa asking about the status of a July request for a legal opinion on imposing the anti-harassment policy on elected officials, including Spencer. The City Attorney was subject to an investigation that ended only when the Department of Employee Relations determined the policy didn’t apply to elected officials.

“Have you looked to see if there were other requests that were either misplaced or lost?” asked the alderwoman.

Spencer said all the requests are logged. “We are not aware of any others that have fallen through the cracks,” said special duty Celia Jackson. “We hope we are going to have a legal opinion for you very soon.”

“I don’t believe it. That’s just my response,” said committee chair Michael Murphy. “That’s the one you lose?”

He then pivoted to discussing Thomas’ letter.

But neither Spencer, nor Jackson engaged at length.

Get a daily rundown of the top stories on Urban Milwaukee
“I was really very surprised at the letter,” said Jackson. “I haven’t had a chance to do any investigation at this point.” She said she did briefly discuss it with Yolanda McGowan, the deputy city attorney mentioned in the letter alongside Spencer.

“I don’t have a direct response until I have a chance to digest exactly what has been said,” said Spencer. “I can assure you that the allegations expounded are not accurate.”

Murphy, after seeing a slide on increasing staff diversity, said he had concerns that every Black attorney on the staff when Spencer took over has now left.

Spencer said the turnover in his office was consistent with others in the city. The city’s budget team said it would need time to analyze that claim.

Jackson said she has been on the staff for three months and is trying to be a stabilizing force. “It really is very difficult when the storm is inside and outside of the office,” she said. “We really have to have some trust on the part of the council to make this work.”

“I still get the feeling we are being gaslit here,” he said. “The two issues I hear about here are climate, especially for women, and competence.”

“It does occur to me that many of the stories are very one-sided,” said Jackson, who said in her time she hasn’t encountered that environment or direct complaints about it.

But Ald. Nikiya Dodd took the discussion in a completely different direction.

“As a Black woman, I am so fed up with the racial dynamics that are playing out in our meetings when it comes to departments that are headed by a person of color,” said Dodd. “I am so livid right now, as if you don’t know about systemic racism.” Spiker and Murphy are white. Zamarripa is Latino.

“I feel compelled to respond to you this time,” said Zamarripa, who actually had engaged with Dodd on Spencer’s conduct in May. “I am not playing games.” She said she was focused on updating the harassment policy and had received support on the council floor from a Black member of the City Attorney’s office.

Dodd, who was attending virtually, kept interrupting her and had to be stopped by Murphy.

“Don’t negate the fact that there are Black women being affected here in a negative way and we just trying to get to the bottom of it,” said Zamarripa.

“JoCasta, you can save that for someone else,” said Dodd. “I am not interested.”

“I think that members have a right to have questions of any department, as transitions and changes occur,” said Alderwoman Milele A. Coggs, who is Black. She suggested following what she did when turnover was occurring at the Fire & Police Commission under former leader Griselda Aldrete: schedule an item for the Steering & Rules Committee and have it noticed for possible closed session.

“We are not investigators. We are not police. It is not going to be be solved at a budget hearing,” said Coggs.

Spencer, who is Black, has claimed that one of the leading reasons he is having challenges is people aren’t accepting of a new Black leader at City Hall and that harassment claims against him are “unfounded.” New city human resources director, Makda Fessahaye, who is Black, refuted the latter claim and said the investigation stopped because of the limits on the policy. “We did, however, find that his actions were inappropriate and unbecoming of his position as the City Attorney,” she said in April.

After pivoting to discuss the budget for more than an hour, Murphy returned to the issue.

“I did want to say for the public record that I am very concerned, obviously,” he said of the Thomas letter. He said further discussion, because of possible litigation, was best for a closed session meeting.