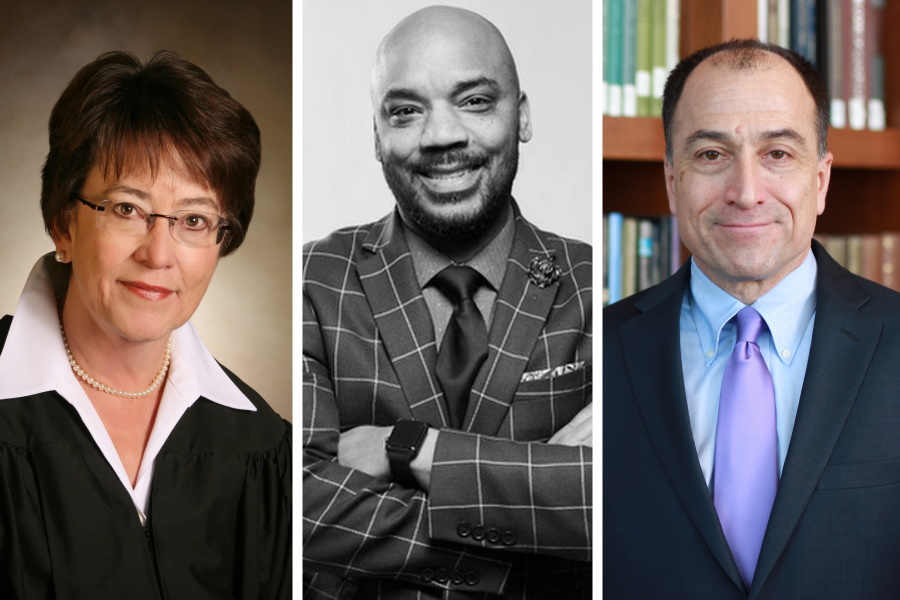 It’s a dramatic departure from recent appointments that have engendered opposition and, sometimes, outright rejection.

One after another, the committee listened to a brief presentation from the nominee, asked some perfunctory questions and endorsed their nomination.

The only thing that delayed their approval was a spirited discussion about a member the council previously rejected that is still serving, Ann Wilson.

The new appointments, and Wilson’s reappointment rejection, come after the commission voted unanimously to demote police chief Alfonso Morales, triggering a lawsuit from Morales and complaints by at least one council member that the commission was operating as a “kangaroo court.”

If all three are confirmed, the commission will be at seven members. That leaves it two short of the maximum allowed in state law, something council members have called for the mayor to address. “He has said before we have to get seven before we get to nine,” said Barrett’s chief of staff Jodie Tabak who then said the mayor has a pending replacement for Wilson.

The commission is responsible for hiring, firing, discipline and policy setting for the Milwaukee Police Department and Milwaukee Fire Department.

FPC executive director Leon W. Todd, III introduced each candidate to the committee. He serves as a non-voting secretary to the board and manages the commission’s full-time staff.

“I am here on the behalf of the Fire & Police Commission and I am also a member of the mayor’s cabinet,” said Todd in answering committee questions related to Wilson. It was the dual masters in that comment, established in a 1988 state law change that expanded mayoral power, that drew the lone public comment. Citizen watchdog Paul Mozina called for the council to establish the commissioners, not the mayor, as Todd’s boss.

Details on each of the nominees, and an upcoming community meeting, is included below.

Ramey, executive director of MENTOR Greater Milwaukee and formerly a Boys & Girls Club employee, was the first to go before the committee.

Alderman Mark Borkowski said he was “very impressed” with Ramey and said his work with youth would prove valuable on the public safety oversight board.

“We are not related, but he is somewhat of a brother,” said Ald. Khalif Rainey, noting the similarity between their names. “I have known LaNelle since his time at the Boys & Girls Club.”

Ramey has held his current job since 2019, but previously worked at Milwaukee Public Schools as director of Black and Latino achievement and at the Boys & Girls Club of Greater Milwaukee. He has an undergraduate degree in criminal law studies and a master’s degree in public administration, both from Marquette University.

He will replace vice chair Angela McKenzie whose term is slated to expire July 12th.

She said her experience as a judge and attorney would serve her well in bringing stability and insight to the board.

Kessler said she couldn’t make a ruling on the commission’s past actions and Morales’ response to 11 directives. “I don’t have an opinion one way or another on whether the performance was appropriate or not.”

But she does recognize the challenge of the situation, which now leaves the city with an acting police chief vying for an outside job as the city must settle with Morales by July 3rd or give him his job back.

Kessler served as U.S. Attorney for the Eastern District of Wisconsin under President Jimmy Carter from 1978 to 1981. She then practiced as an attorney with Foley & Lardner before winning an elected seat on the Wisconsin Court Appeals in 2004. She held that post until 2020. She is married to former state representative Fred Kessler.

She will fill a vacancy created by the resignation of former chair Steven M. DeVougas.

“I always like to say that I am the proud son of a public school teacher and a Mexican immigrant,” said Fallone, who has spent his career both teaching and advocating for immigrant rights.

He said he looked forward to building a better relationship between the Common Council and FPC.

Fallone has served as an associate professor at Marquette University Law School since 1992. He specializes in constitutional and immigration law as well as securities regulation and white-collar crime. Fallone ran unsuccessfully for the Wisconsin Supreme Court in 2013 and 2020. He was involved in the formation and leadership of three nonprofits serving underprivileged, primarily Latino residents of southeast Wisconsin in the 1990s and early 2000s. He has also served on the board of Voces de la Frontera.

Fallone said he represents a diverse viewpoint as a Latino, but noted that Latinos were not a monolithic community in Milwaukee.

Todd said Soler and McKenzie were originally asked if they would like to serve again. “They did not have a specific answer and it was still under consideration,” he said. “The decision was made by the mayor’s office to go in a different direction and appoint different individuals, and [Soler and McKenzie] were informed immediately.”

The full council is scheduled to review the appointments on July 7th.

A virtual community meeting to review the appointments is scheduled for Saturday, June 26th at 10 a.m. Registration is required.