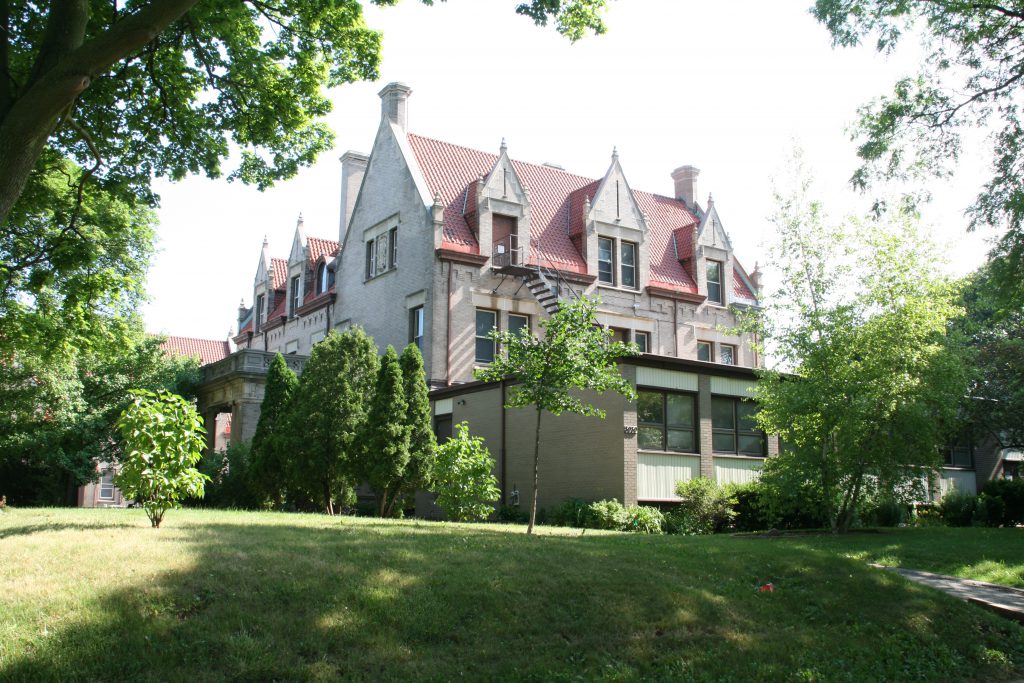 One of Milwaukee’s historic beer baron mansions has a new owner and, soon, a new use.

“HAWA will continue to provide services for Southeast Asian Women, Girls, Queer and Trans people experiencing violence, and we are so happy to finally have a permanent home in Milwaukee that will allow us to continue this important work,” said executive director Tammie Xiong in a statement.

The organization will launch a $1 million fundraising campaign, Roots Down MKE, later this month to support its use of the new facility and the next 100 years.

HAWA’s new home in Milwaukee’s Concordia neighborhood is one of many houses to sport the “Pabst Mansion” moniker. Built in 1898, the three-story mansion has 8,350 square feet of space with a 3,200-square-foot office addition built onto the front. A 3,300-square-foot carriage house is located at the rear of the property. A listing from property broker The Barry Co. shows a grand ballroom on the house’s top floor, intricate woodwork throughout and a large, modernized kitchen.

But the Highland Boulevard home is not the signature Pabst Mansion. Now a museum, that house was built in 1892 at 2000 W. Wisconsin Ave. for Gustave’s father Captain Frederick Pabst.

The elder Pabst was generous to his children, awarding them mansions as gifts. Pabst built a mansion for his son Fred Pabst, Jr. in 1897 at 3112 W. Highland Blvd., a still-standing mansion immediately west of HAWA’s new home that is occupied by Quorum Architects. Both Fred Jr. and Gustave’s houses were wedding gifts.

Get a daily rundown of the top stories on Urban Milwaukee
Other houses lined the block for members of the Miller and Gettelman families.

But Gustave didn’t live next to his younger brother for long. He sold his Ferry & Clas-designed home to Frederick Pritzlaff in 1905. Pabst, by then head of the family brewery, constructed a new mansion with his wife Hilda at 2230 N. Terrace Ave. overlooking Lake Michigan. He lived next door to his sister, Marie Goodrich, who occupied the mansion at 2234 N. Terrace Ave.

HAWA’s new home was donated to the Lutheran Welfare Society of Wisconsin in 1951 upon Pritzlaff’s death according to a Historic Concordia Neighborhood tour guide. It became a daycare facility and in the 1960s the original entrance was demolished and a 3,200-square-foot modern addition was constructed.

Willowglen, a residential facility for autistic and emotionally disturbed, operated out of the building from the 1970s to the 1990s. Highland Community School was the next tenant, departing for a more traditional home in 2012.

ThirtyThirty LLC, which lists Mark Metz as its registered agent, bought it in 2013 for $300,000 and rented the complex out for use as a daycare, law office and yoga studio.

A special use permit is pending before the Board of Zoning Appeals to allow HAWA to use the facility as a social service facility.

For more on the history of the Pabst family, Concordia neighborhood mansion and Gustave Pabst, see House Confidential columns from Michael Horne published in 2015 and 2016. For interior photos of the house, see the neighborhood tour page.

Beyond HAWA, more change could be coming to the neighborhood. Bethesda Lutheran Communities is seeking to develop an affordable, supportive housing community at 3200 W. Highland Blvd., on the other side of the Fred Pabst Jr. House. 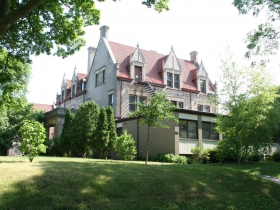 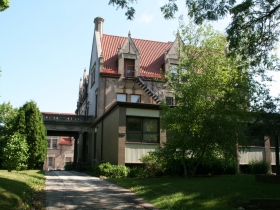 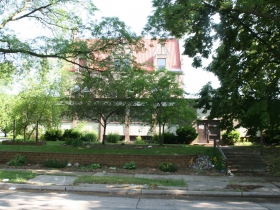 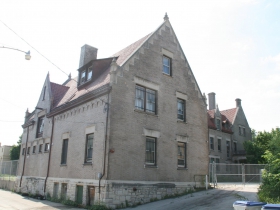 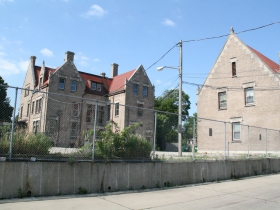 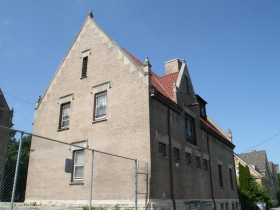 If you’re looking for car parts in Milwaukee’s Midtown neighborhood, you will soon have another option.

Raposa Design of New Berlin is designing the new, 6,912-square-foot building for the retailer. Brookfield-based Innovative Construction Solutions, which operates with a tagline of “your retail construction partner,” is the general contractor on the new store.

Alderman Robert Bauman is pushing ahead on his proposal to use federal funds to repair every house the city holds in its inventory after pursuing property-tax foreclosure.

Bauman, the council’s leading preservation advocate, is calling for $150 million of the $394 million the city will receive from the American Rescue Plan Act (ARPA) to go towards affordable housing.

Under the proposal, a total of $105 million would go to the Department of City Development (DCD) to rehabilitate approximately 700 single-family houses and duplexes at an estimated cost of $150,000 per living unit. The per-unit cost would be lower than building new houses said Bauman and the city can now afford to rent out the homes at below-market rates.

For more than a decade, MMSD targeted a stretch of frequently flooded houses along the Kinnickinnic River from approximately S. 6th St. to S. 16th St. for deconstruction. Dozens were acquired and removed.

Last year it completed an overhaul of Pulaski Park at the western edge of the corridor. The project was aimed at creating a more natural space to retain stormwater and a better space for recreation. It included removing the concrete lining along the river, part of seven miles of aging concrete that is to be removed by 2026.

Now work is focused further upstream in the area around Jackson Park.

The latest project includes work within the park itself as well as acquiring and deconstructing a former We Energies building north of the park for a retention pond.

The effort to restore the Grand Trunk site at the north end of Bay View is receiving a boost as the city and its partners work to implement stormwater filtering and retention infrastructure.

“We are really looking to use Grand Trunk in a number of ways. Primarily to restore a habitat, but also to really be a public asset,” said Redevelopment Authority of the City of Milwaukee project manager Benjamin Timm on Thursday afternoon to members of the RACM board.

The 7.5-acre site overlooking Milwaukee’s inner harbor is located just north of E. Bay St. at 1980 S. Marina Dr. It’s named for the Grand Trunk Railroad which once used the site for loading train cars onto ships designed to bypass Chicago. A small inlet cuts into the property, expanding the amount of water frontage.

A $429,000 grant, awarded to Harbor District Inc. by the National Fish and Wildlife Foundation, will support the creation of 60,000 square feet of stepped treatment pools. According to the grant report, the project will prevent more than 14 million gallons of runoff into Lake Michigan annually.

Construction work on the tallest residential building in Wisconsin is underway. In fact, it’s been underway for more than a month. But that didn’t stop developers Rick Barrett and Tan Lo from gathering with public officials Wednesday to ceremonially break ground on the $190 million The Couture.

The 44-story, 322-unit luxury apartment tower was first proposed in 2012, but a seemingly never-ending list of hurdles delayed the project. Many of the officials that spoke Wednesday weren’t even in office when the project was proposed.

After updates to a large parking garage proposed to its south, the Historic Third Ward Architectural Review Board granted design approval to a 32-story apartment tower for the corner of N. Water St. and E. St. Paul Ave.

In May, the board granted conceptual approval to the project, planned for what the neighborhood plan calls a significant project site. But concerns were raised by many members on the board about the garage, which the design team said was intended to look like a stand-alone building

The new tower is being designed by the Chicago office of Solomon Cordwell Buenz. The firm also collaborated with Hines on the development of Northwestern Mutual‘s 35-story 7Seventy7 apartment tower

Architect Devon Patterson explained the revisions to the proposal using the other Milwaukee tower as his reference point.

The program will provide $5,000 grants to city residents to buy a house anywhere in the city or $7,000 to buy a home in a targeted, low-income neighborhood.

In February, conceptual plans were submitted to the city to open identical 20-stall marketplaces for small food vendors in two different downtown locations.

Now a final location has been selected and revised plans were submitted for review.

Will State See Wave of Evictions?

Advocates for renters and landlords are hopeful that hundreds of millions of dollars in federal rental assistance aid will prevent a wave of evictions at the end of the month. An eviction moratorium, which has been extended twice during the COVID-19 pandemic, will expire June 30.

“If people aren’t taking steps to access emergency rent assistance and working with their landlords, there could potentially be a surge in evictions,” said Heidt.

Your next house could be made in a factory in Milwaukee’s Century City business park.

The vision, from the City’s Environmental Collaboration Office (ECO), is to create equitable housing and new jobs while addressing climate change.

The idea calls for a new facility to be developed to manufacture elements or modules of “highly energy-efficient homes.”

For the first time in its history, a downtown Milwaukee building has a new owner.

An affiliate of AT&T sold its 20-story building, 722-740 N. Broadway, to Reign Capital for $30.1 million on June 9th according to state real estate records. The communications company will lease space in the building from its new owner.

Reign is a New York City-based real estate firm with “approximately $1 billion of real estate assets” in its portfolio according to its website. That includes the AT&T building in Winston-Salem, NC. Reign paid $15.5 million for that property earlier this month.

The firm’s website boasts of having completed more than $2.5 billion worth of redevelopment projects and lease-up efforts since 2010.