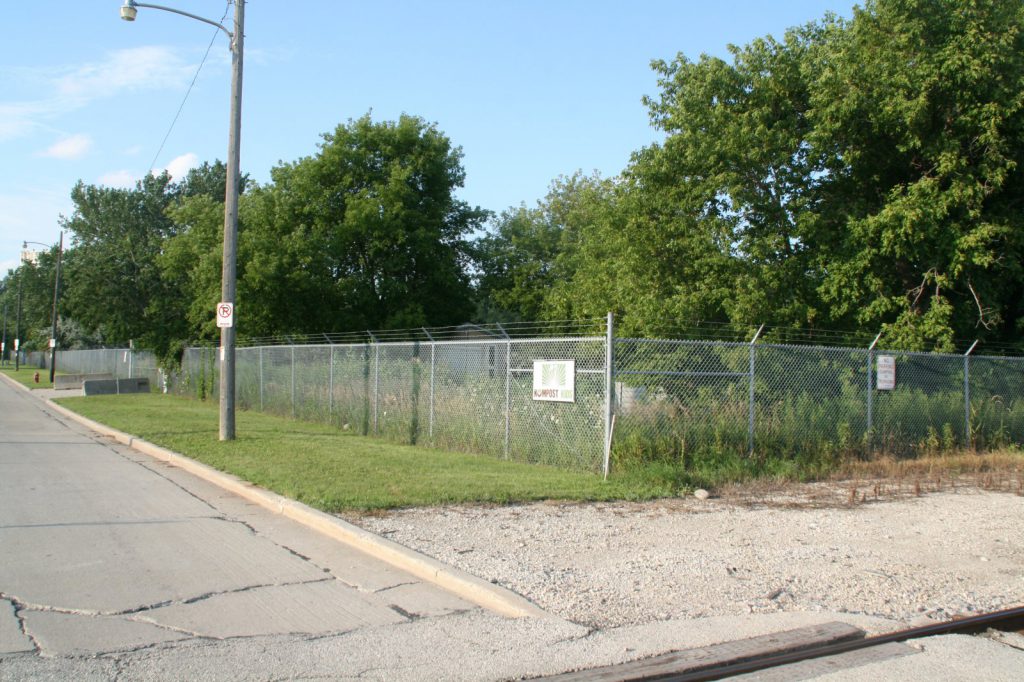 The south end of the Grand Trunk site along S. Marina Dr. Photo by Jeramey Jannene.

The effort to restore the Grand Trunk site at the north end of Bay View is receiving a boost as the city and its partners work to implement stormwater filtering and retention infrastructure.

“We are really looking to use Grand Trunk in a number of ways. Primarily to restore a habitat, but also to really be a public asset,” said Redevelopment Authority of the City of Milwaukee project manager Benjamin Timm on Thursday afternoon to members of the RACM board.

The 7.5-acre site overlooking Milwaukee’s inner harbor is located just north of E. Bay St. at 1980 S. Marina Dr. It’s named for the Grand Trunk Railroad which once used the site for loading train cars onto ships designed to bypass Chicago. A small inlet cuts into the property, expanding the amount of water frontage.

A $429,000 grant, awarded to Harbor District Inc. by the National Fish and Wildlife Foundation, will support the creation of 60,000 square feet of stepped treatment pools. According to the grant report, the project will prevent more than 14 million gallons of runoff into Lake Michigan annually.

RACM will pair the funds with partial matches from the Milwaukee Metropolitan Sewerage District and the Department of Public Works Green Solutions program. The RACM board unanimously approved serving as a sub-grantee to the Harbor District.

A series of pools will be created at the south end of the site with restoration still to occur in the middle of the site. The northern tip is now being leased by Michels Corp. for its new marine division.

“The stormwater project will do a number of things,” said Timm. “It will treat stormwater runoff from a number of properties. It will serve port tenants including Michels. It will also protect the restored wetland from dirty or contaminated water.”

The pools will be constructed just off S. Marina Dr., near a Union Pacific railroad spur and the former Louis Allis Company factory complex. Most of the area around the future wetland site is paved.

Since 2016 the city has publicly pursued restoring the mostly vacant site to its natural state and adding a public access component of walking trails and a canoe and kayak launch. A $3 million grant was secured in 2018.

The project is now part of a larger effort. “This is one of the things that will help get Milwaukee delisted as an area of concern,” said Timm. Officials gathered in January 2020 to announce a six-year effort to get the federal government to remove the 1987 Area of Concern designation by completing a series of remediation efforts.

Stormwater Solutions Engineering is providing design and engineering services on the project. 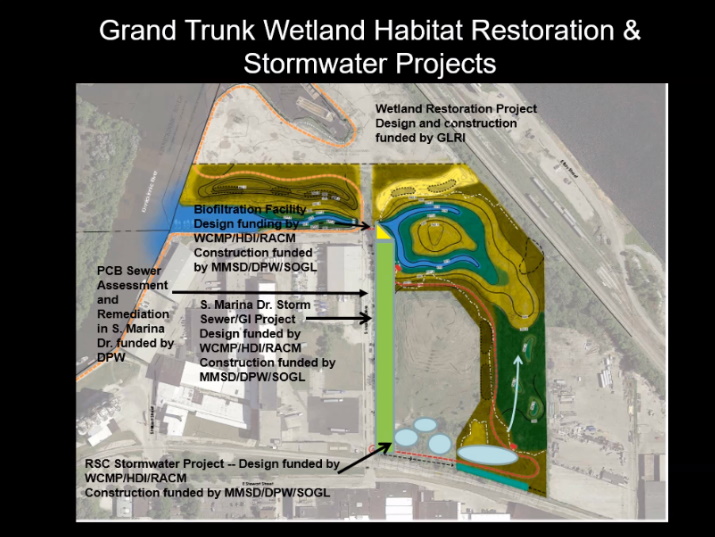