Ever growing company could create up to 100 jobs at its second Harbor District site. 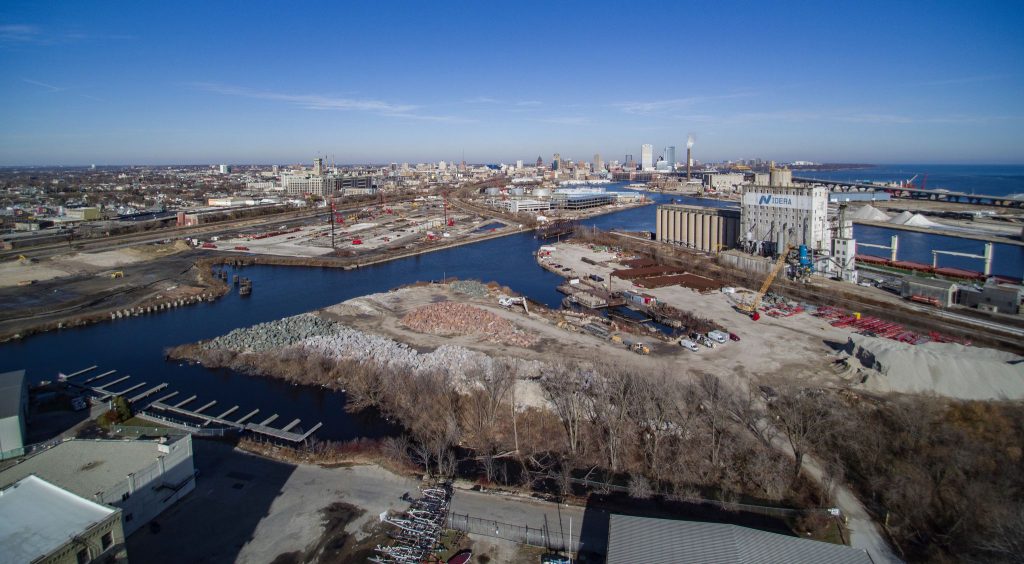 Infrastructure contractor Michels Corp. is advancing its second Harbor District investment.The company kicked off construction of its $100 million, mixed-use River One development in 2019. The first phase of that project, an eight-story office building, is scheduled to open in the coming months with an apartment complex following soon thereafter. The office building will house Michels’ new civil infrastructure division. The development is located on an approximately six-acre site at the northwest corner of S. 1st St. and W. Becher St.

Now it will launch a marine division, known as Michels Marine, on a city-owned property a mile northeast. It’s leasing 17.4 acres of the city’s Grand Trunk site at 632 E. Bay St. for a period of up to 99 years. The initial term is 20 years.

“This company is excited to continue our growth in Milwaukee,” said David Stegeman, Michels’ chief legal officer, in a statement. “We see increasing opportunities in marine construction, and the port’s Grand Trunk location provides a choice location for the maritime portion of our business.” A document submitted to the city estimates 100 new full-time workers will be employed.

The property, a portion of which is being restored as a publicly accessible wetland, is named for the Grand Trunk Railroad which once used the site for loading train cars onto ships designed to bypass Chicago. A small inlet is cut into the property, expanding the amount of water frontage.

“What we know at this point is that there is going to be some construction of office buildings and loading and unloading at this site,” said port director Adam Tindall-Schlicht in August. The construction work, which Stegeman previously told Urban Milwaukee is not on the scale of the River One investment, will not impact the wetland project.

Tindall-Schlicht and his boss, Mayor Tom Barrett, praised the deal in a press release. “Michels has made it clear the company wants to grow in Milwaukee, and we welcome that,” said Barrett.

Get a daily rundown of the top stories on Urban Milwaukee
Michels is headquartered in rural Brownsville near Fond du Lac, but does business across North America. Its red equipment can be spotted performing foundation work at virtually every major Milwaukee construction project in recent years, including Fiserv Forum and the Ascent apartment tower. A list of projects on the firm’s website contains a dizzying list of activities including tunnels, pipelines, bridges, light rail lines and highways.

Michels’ inroad into the port began in 2012 when it acquired the land-based arm of historic Milwaukee firm Edward E. Gillen Co., giving it control of a portion of the River One site. Now it will compete against the remaining marine-based arm of Gillen. The company was leasing 13 acres of the Grand Trunk site when Michels acquired it, but the Brownsville-contractor let the lease lapse. It returned by leasing seven acres of the site starting in 2016.

The company’s new lease includes 13.5 acres of land that can be built on.

“This is an excellent use of a piece of land that we have been trying to find what to do with for at least the last 20 years I have been around,” said harbor commissioner Ron San Felippo in August. The city-owned port controls 467 acres of land, most of which is leased to industrial operators.

Michels is expected to pay an estimated $23,130,000 over the life of lease, about $17,000 per acre. The Board of Harbor Commissioners approved the lease in August and the Common Council followed suit in September. The lease has inflation adjustments, tied to the Producers Price Index, scheduled every five years.

The rate is lower than what the DeLong Company will pay for its 4.42-acre lease in the middle of the port, a fact noted by the Harbor Commission. DeLong is building a $31 million agricultural export facility, the largest investment in the port since the 1950s.

“The dockwall at Grand Trunk requires significant repair,” said Tindall-Schlicht of the discrepancy. Michels will pay to repair the dockwall in the first three years of its a lease, one of the terms of the deal. The Michels’ site can also only be accessed by smaller ships.

An easement to provide electrical infrastructure to the site is currently pending before the Common Council. 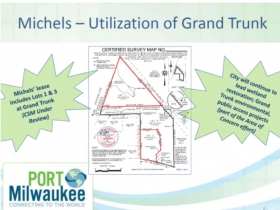 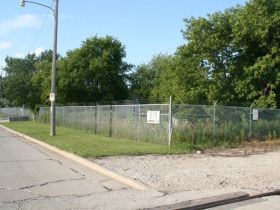 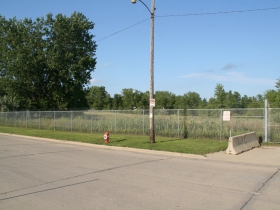 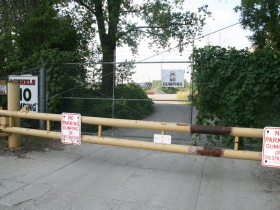 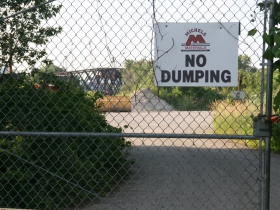