City will work with Harbor District and BID to create unique amenity. 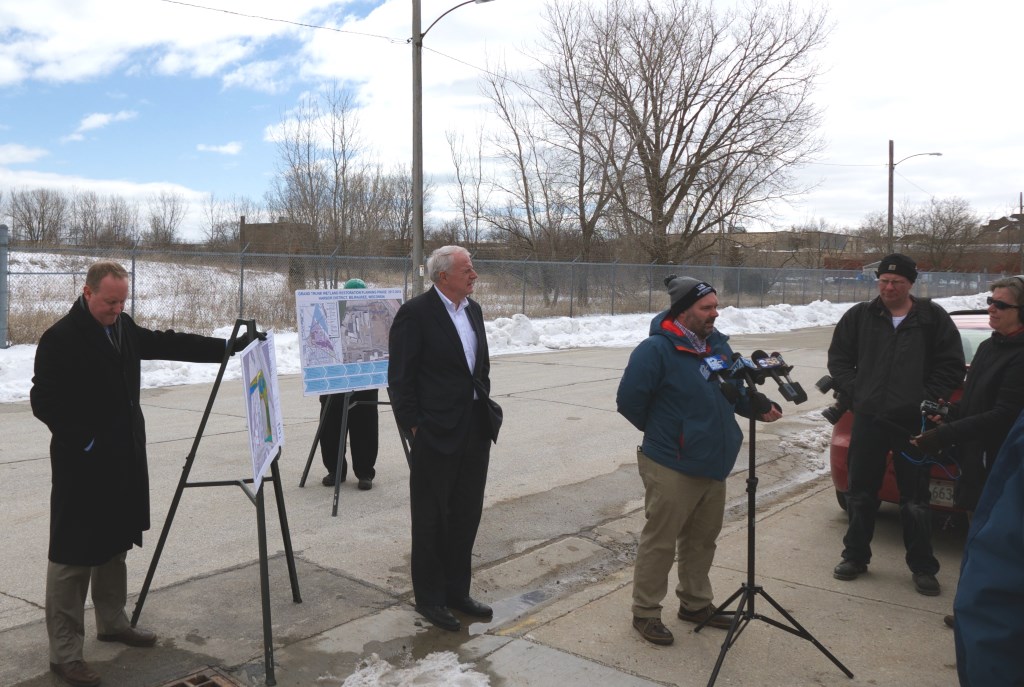 The city announced today that a project restoring the Bay View wetland in Milwaukee’s harbor received a $3 million grant.

These funds come from the Great Lakes Restoration Initiative, a federal Environmental Protection Agency program, and were awarded to the project by the state. Planning is still underway to nail down the full details of the restoration, but the project will generally involve habitat restoration for native animal and plant species, along with remediation of some of the damage that has been done to the soils after years of industrial activity at the site.

The 7.5 acre wetland, though unofficially called the Bay View wetland, is actually called the Grand Trunk Wetland, and its history and potential was previously noted in an Urban Milwaukee story.

It’s named for the Grand Trunk railroad company that once operated a loading facility on the site. And despite the fact the company tried to fill in the entire wetland, it managed to survive and remains as one of the last survivors in a city that once had as many as 10,000 acres of wetlands.

At a press conference Tuesday, Benji Timm, a project manager with the Redevelopment Authority of the City of Milwaukee, called the site a “jewel” in the harbor district. Restoring the jewel will mean improving and protecting critical habitat for the spawning of Northern Pike, for threatened species like the Butler’s Garter Snake, for breeding and migrating birds and numerous species of native plants.

And once the wetland is restored, Timm said, it will have a trail system through the property and canoe and kayak launches on the Kinnickinnic River.

The city hopes to begin restoration in 2019. But until planning is completed, specifics about the scale or detail of the restoration and its final price tag won’t be available.

Timm said the $3 million grant will be used to fund the restoration. But the grant will also include a built-in maintenance cycle, so that in the years after the initial restoration some funds will go towards maintenance. Timm said the city will working with local partners, such as the Harbor District and the local Business Improvement District, on the project to hammer out a long-term maintenance strategy.

And long-term, the city believes a project like this can wed nicely with the economic development in the surrounding area. Mayor Tom Barrett pointed to work done on the Milwaukee River and the downtown development as an analog to what this project could be like in the future.

“We actually think it makes us a much more inviting and attractive city when you got that sustainability component and the economic development component together,” he said.

Who knew? It’s the new economic tool: a wetland.

One thought on “$3 Million Grant for Bay View Wetland”