$29 Million Partnership to Clean Up Harbor 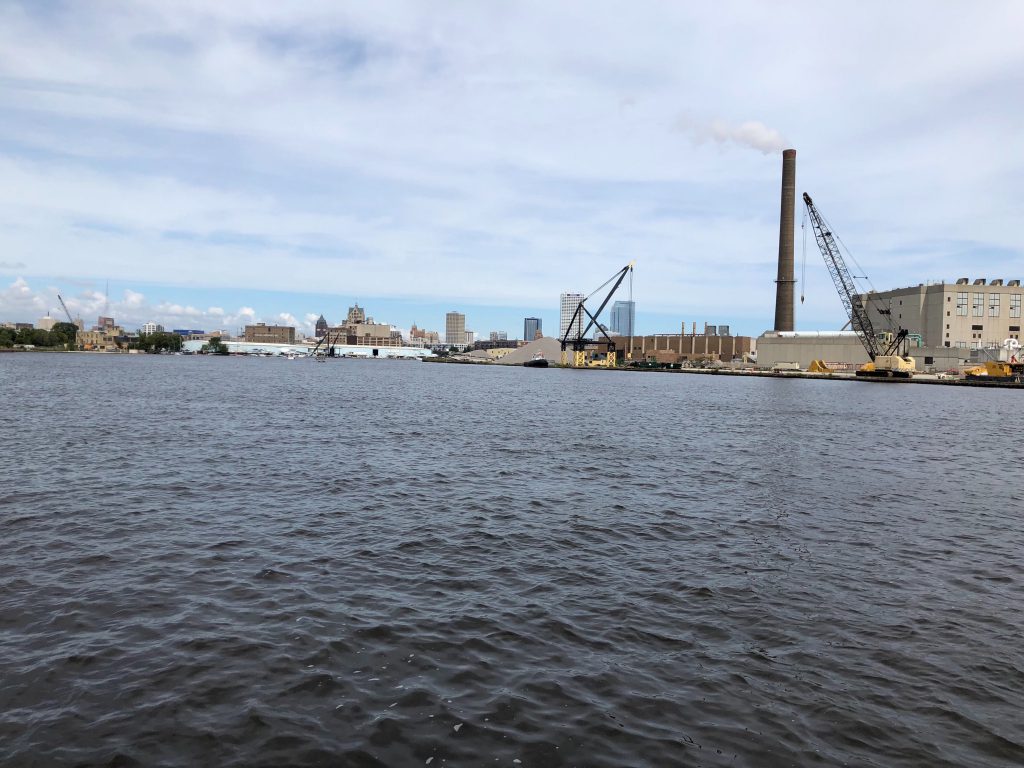 A new, $30 million partnership aims to make Milwaukee’s water cleaner than it’s been in decades.

A planned eight-year effort aims to remediate Milwaukee’s federally-designated “Area of Concern” which includes the harbor on the edge of Lake Michigan and portions of the Milwaukee, Menomonee and Kinnickinnic Rivers.

“This is a big moment to say ‘okay, it’s time to get off that list,'” said Mayor Tom Barrett at a press conference Tuesday morning unveiling the initiative. In 1987 the federal government designated the Milwaukee Estuary Area of Concern encompassing the ecologically impaired waterways ranging from approximately E. North Ave. on the north, W. Cleveland Ave. on the south, Lake Michigan on the east and N. 35th St. on the west. An expanded area of concern includes the Milwaukee River to Cedarburg, the Little Menomonee River almost to the Mequon border, and the Kinnickinnic River to Greenfield.

“This is the kind of stuff that is a leave behind of our industrial past,” said DNR secretary designee Preston Cole. “Nobody is to blame, we just need to fix it.” He said the first phase of work would include conducting soil sampling to identify what chemicals and other toxins may have settled in the waterways. Future phases would include dredging and other habitat restoration aimed at restoring wildlife and improving water quality. “Our manufacturing past continues to haunt us in a number of ways.”

“We want to leave Milwaukee and the Great Lakes better than we found it,” said MMSD executive director Kevin Shafer. He said the biggest sources of pollution today are agricultural and urban runoff. MMSD will expand programs designed to reduce runoff that enters the waterways and Deep Tunnel as part of the effort. The district provides grants to build green roofs, rebuild parking lots and make other green infrastructure improvements. It also has led the effort to remove a concrete channel in the Kinnickinnic River in order to return the river to natural conditions.

“We think we can take the next significant step forward,” said Barrett. “This is not saying we have been sitting around the last 30 years not doing anything.” He noted that the partners have already invested millions in improving the waterways.

The federal government will cover 65 percent of the $29.2 million project cost as part of the agreement. The remaining 35 percent will be covered by the local partners, primarily through in-kind contributions of staff time, equipment and other resources said an EPA representative.

One in-kind contribution will be an area to store the removed sediment. A document provided to the press shows a new containment area being built in the outer harbor near the south end of the Hoan Bridge, just north of a similar facility built to store waste from earlier efforts.

One thought on “Eyes on Milwaukee: $29 Million Partnership to Clean Up Harbor”