Plus: A recap of a busy week in Milwaukee real estate. 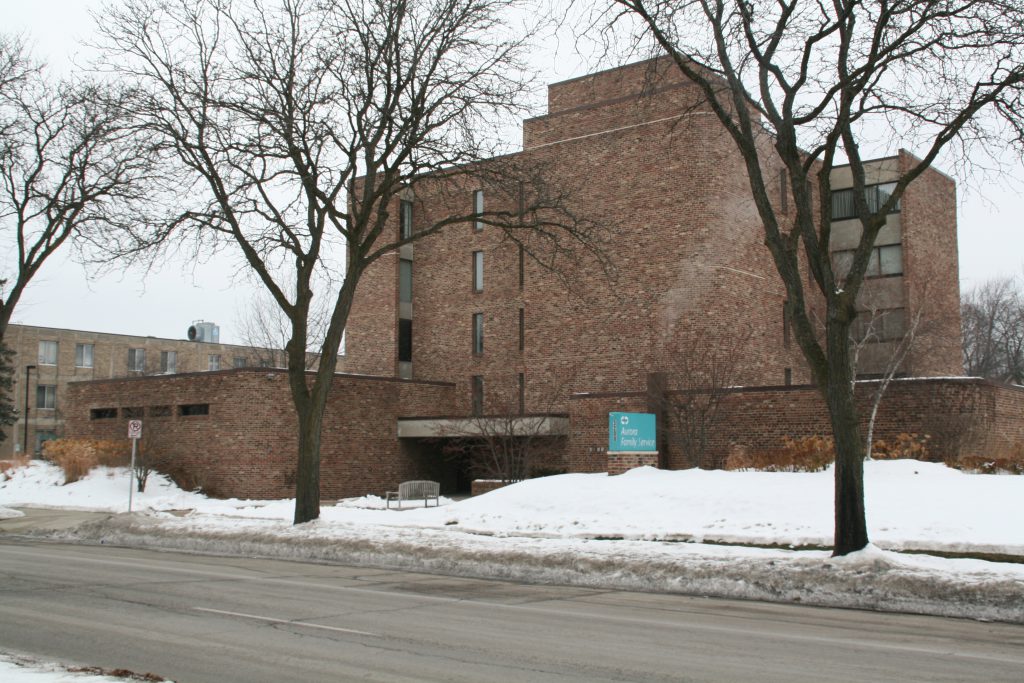 Bethesda Lutheran Communities is seeking to develop an affordable, supportive housing community on Milwaukee’s Near West Side.

The faith-based organization would acquire the five-story Advocate Aurora Health family service facility at 3200 W. Highland Blvd. via a donation from the healthcare provider and demolish the structure. Aurora Family Services would be relocated to the Aurora Sinai Medical Center.

“Our proposal calls for 68 units, 62 of which would be affordable. Fourteen would be set aside for adults with intellectual or developmental disabilities, with the balance being for adults age 55 and above,” said Tom Campbell, the non-profit’s vice president of real estate, in a statement to Urban Milwaukee.

The project would be financed with federal low-income housing tax credits administered by the Wisconsin Housing and Economic Development Authority. The project was first revealed when WHEDA published its list of applicants earlier this month.

The new building would have five floors, with the top floor set back.

The firm is pursuing a similar project for Wauwatosa with Cardinal Capital Management.

Both projects are based on a project that the organization developed in Victoria, MN.

The tax credits require specific units to be set aside at below-market rents for individuals making no more than 80 percent of the area’s median income. The program is structured to create a situation where an individual at the target income level would expend no more than 30% of their income on rent. Units must be set aside for a period of 30 years.

But the projects, and all others seeking WHEDA support, are far from sure things. As it has been for many years, the competitive program is oversubscribed. WHEDA is expected to announce the 2021 winners in April.

Projects that don’t receive credits are not dead, with many developers reconfiguring their applications and applying again.

The current structure on W. Highland Blvd. was constructed in 1966 under the design of architect William Wenzler and served as the headquarters for Lutheran Social Services of Wisconsin and Upper Michigan. It was sold to Family Service of Milwaukee in 1994 for $790,000 and the organization joined Aurora in 1995. It sits on a 1.26-acre lot adjacent to the Frederick Pabst Jr. House occupied by Quorum Architects in the Concordia neighborhood

No rendering of the new building is available. 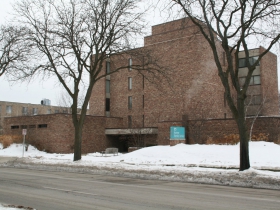 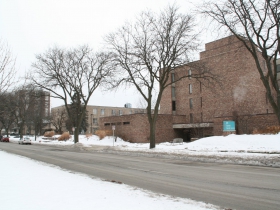 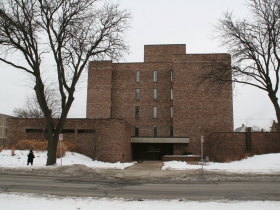 What’s to be the tallest mass timber building in the world will first appear as a concrete colossus.

The first six floors of the 25-story Ascent apartment tower will be made from concrete and accommodate the building’s parking garage, the base of a swimming pool and other heating, ventilation and air conditioning (HVAC) infrastructure. The building’s elevator and stair cores will also be framed in concrete.

The start of that structure is now visible at 700 E. Kilbourn Ave. When finished, it will top out at 283 feet, surpassing the 280-foot Mjos Tower in Norway.

Efforts are underway to transform the existing section of the Beerline Trail from E. Burleigh St. to W. Capitol Dr. into a linear park, add access points to the trail and extend the trail further northwest, across Interstate 43.

Called the Lifeways Plan, the proposal would further enhance the connection between Riverwest and Harambee neighborhoods by improving the former railroad corridor that runs diagonally through the area.

Milwaukee County and four partners will develop a new mental health emergency center near the intersection of N. 12th St. and W. Walnut St. The county’s Behavioral Health Division is being joined in the project by Advocate Aurora Health, Ascension Wisconsin, Children’s Hospital of Wisconsin and Froedtert Health.

“It’s going to possess all of the needs of the community,” said area Alderman Russell W. Stamper, II during a town hall meeting Thursday evening. He said it would bring jobs, beautify a vacant lot and provide needed health care. “Most importantly I’m grateful that this facility will provide access to care.”

It will replace the current facility at 9455 W. Watertown Plank Rd. in Wauwatosa.

The School Sisters of St. Francis and General Capital Group are partnering on the project, which will create 63 units of affordable housing through the low-income housing tax credit program.

The partners will redevelop what they call the middle of the convent building at 1501 S. Layton Blvd. The oldest part of the structure, designed by architect Herman Schnetzky, dates back to 1890.

In just over five years Johnson Controls (JCI) has gone from considering building a downtown office tower to vacating the neighborhood.

The company announced it will relocate all of its downtown Milwaukee operations to its suburban Glendale corporate campus. The move includes the relocation of approximately 1,300 employees to the North Shore campus.

JCI currently occupies a full block of office buildings bounded by E. Michigan St., E. Clybourn St., N. Jackson St. and N. Jefferson St. The oldest building in the seven-story complex, once its corporate headquarters, dates back to 1902, according to city records. Numerous additions were built over the ensuing decades.

Que El-Amin has been interested in buildings since he was a kid. Growing up in Milwaukee, he enjoyed taking trips with his parents to other cities because he got to see different styles of architecture.

As an adult, El-Amin, 36, has turned that fascination with buildings into a career as a developer, working to bring new affordable housing with modern amenities to some of Milwaukee’s most economically challenged neighborhoods.

“I’ve grown up in Milwaukee, I’ve seen how its changed,” El-Amin said. “Being from here, it’s just nice to come back and revitalize the area.”

Developer Rick Wiegand still plans to convert the former Wisconsin Avenue School, 2708 W. Wisconsin Ave., to an extended-stay hotel. The project was first proposed in 2017, with the former Milwaukee Public Schools building last being used in 2007.

To be known as the Ambassador Suites, a nod to his nearby Ambassador Hotel, the 92,600-square-foot building would be converted into large suites. The school, which was originally built in 1919, sits on a two-acre site at the busy intersection of N. 27th St. and W. Wisconsin Ave.

As part of a purchase agreement, Wiegand pledged to complete the project by December 31st, 2020. But at the first Zoning, Neighborhoods & Development Committee meeting of 2021, city officials unanimously endorsed giving Wiegand an extension until July 1st, 2022.

The Downtown Tower That Isn’t

Labeled “Confidential,” the 18-story building would include 100 luxury apartments.

“The development includes studio, one, two, and three-bedroom units with expansive views. Amenities include a dog run and pet spa, a rooftop deck with firepits and grilling stations, as well as an outdoor pool and concierge services,” says the architecture firm’s website.

The Associated General Contractors of Greater Milwaukee (AGC) will be installing Mike Stern, J.H. Findorff & Son Inc., as the association’s 2021 President at their annual Corporate Meeting on Thursday, January 21, 2021. Mr. Stern was first elected to serve on the AGC Board of Directors in 2018 and brings great passion and understanding of the leadership AGC provides to the industry.

Prior to being elected to the Board, he had already emerged as [a] strong voice for the industry serving on the Executive Committee of AGC’s Construction Leadership Council, a forum for upcoming leaders in the industry.

The Common Council during today’s meeting (Tuesday, January 19), approved of file #201188 – a resolution directing the Commissioner of City Development to collaborate with the Community Development Grants Administration, Housing Authority of the City of Milwaukee, the City-County Task Force on Climate and Economic Equity, and other local stakeholders to develop a comprehensive, interagency housing plan. The file was sponsored by Common Council President Cavalier Johnson.