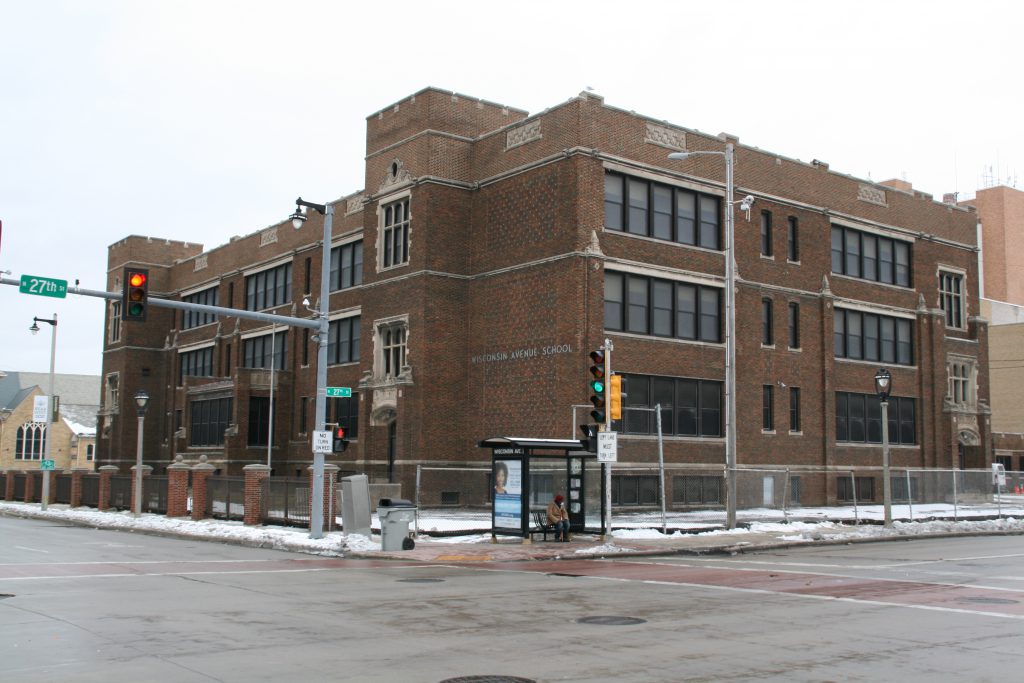 Developer Rick Wiegand still plans to convert the former Wisconsin Avenue School, 2708 W. Wisconsin Ave., to an extended-stay hotel. The project was first proposed in 2017, with the former Milwaukee Public Schools building last being used in 2007.

To be known as the Ambassador Suites, a nod to his nearby Ambassador Hotel, the 92,600-square-foot building would be converted into large suites. The school, which was originally built in 1919, sits on a two-acre site at the busy intersection of N. 27th St. and W. Wisconsin Ave.

As part of a purchase agreement, Wiegand pledged to complete the project by December 31st, 2020. But at the first Zoning, Neighborhoods & Development Committee meeting of 2021, city officials unanimously endorsed giving Wiegand an extension until July 1st, 2022.

“Significant progress has been made, but unforeseen obstacles and delays have prevented the project’s completion,” said Department of City Development representative Rhonda Szallai on January 12th.

The property is one of many that Wiegand owns in the area. Immediately north of the property is the former Milwaukee County City Campus, a former office complex for county employees. A portion of the campus is formed from the former Tower Theater and includes commercial tenants along N. 27th St. Wiegand acquired that property and a large parking lot to the west in 2015. He also owns mixed-use properties to the north at 801-813 N. 27th St., 817-831 N. 27th St. and 2734 W. Wells St. The latter two would be sold to an urban agriculture firm as part of another prospective plan.

The Ambassador Hotel is a couple of blocks east along W. Wisconsin Ave. Wiegand also owns a number of apartment buildings in the area, including the Sheridan Apartments at 2435 W. Wisconsin Ave.

Get a daily rundown of the top stories on Urban Milwaukee
“This is part of a cohesive campus that needs to be integrated using these attributes of all the properties involved,” said Wiegand. “Original plans for the conversion of the suites involved repurposing the gymnasium as meeting and banquet space, but it was found that this would not only destroy the character of the school but the Tower Theater would be more ideal for this use.”

“We have gotten to that stage now where we are ready to move forward,” said Wiegand. The November round of Brew City Match funding provided grants for work on four adjacent Wiegand properties, the Ambassador Suites, City Campus Cecilia Building (801 N. 27th St.) and Cecilia Annex (817 N. 27th St.). In a July funding round, Brew City Match also provided grants to some of the properties.

“I support the extension,” said area Alderman Robert Bauman. “Mr. Wiegand has invested a substantial amount in near West Side commercial properties, many of which were severely blighted.”

“These are high-risk ventures. He hasn’t at this point sought any city assistance or city financing,” said Bauman. “If he needs a little more time to allow these projects to fall into place, I think that’s more than reasonable given his track record.”

He praised Wiegand for his commitment to “high-quality projects in challenged neighborhoods.”

Quorum Architects, based out of the Near West Side, is leading the design work on the Ambassador Suites project. Wiegand intends to leverage historic preservation tax credits to fund up to 40% of the applicable project costs.

Unlike many proposed redevelopment projects, the developer purchased the building well before advancing the larger project. That move is already saving MPS money. In 2017 a city official noted the district was spending approximately $60,000 annually heating the unoccupied building. Wiegand paid $200,000 in December 2017, proceeds of which are transferred to MPS by the city.

Wiegand previously said he was waiting on another catalytic project in the area, a potential State of Wisconsin office building across W. Wisconsin Ave., to move the Ambassador Suites project forward.

The state could relocate all or most of its hundreds of downtown workers to a new building on a 19-parcel site assembled by the Near West Side Partners. While formal approval for the project has yet to come from the state, NWSP secured conceptual design approval for the project in February 2020 and received a grant to support the demolition of existing buildings on the site in May 2020.

The full council will vote on the extension on January 19th. 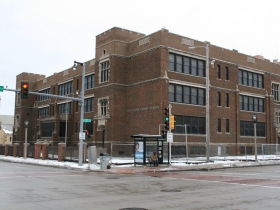 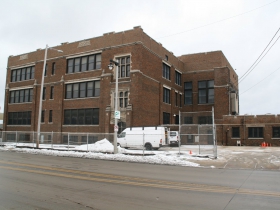