The Downtown Tower That Isn’t 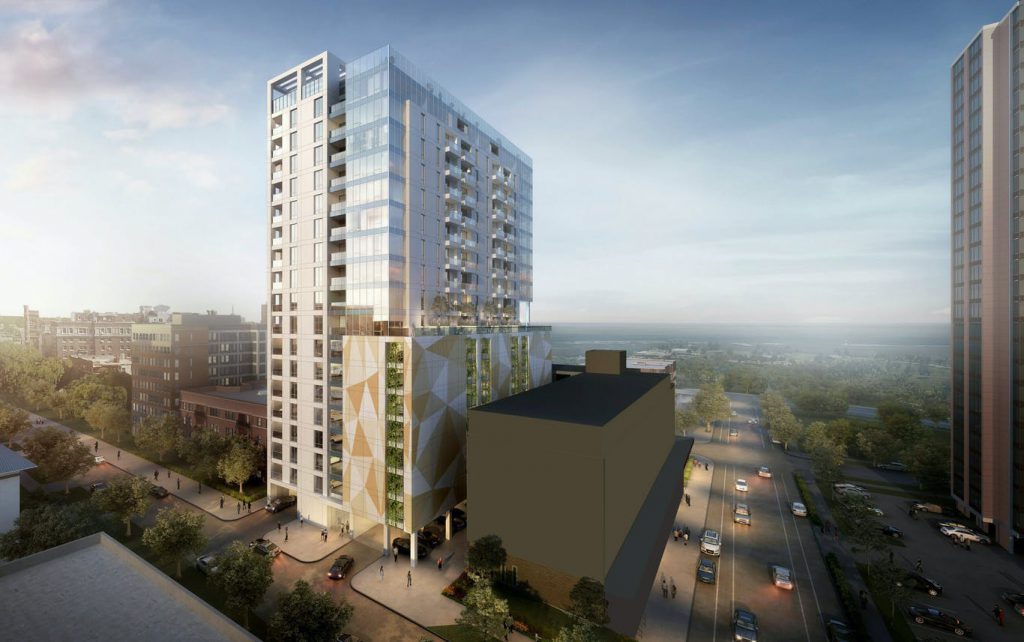 Labeled “Confidential,” the 18-story building would include 100 luxury apartments.

“The development includes studio, one, two, and three-bedroom units with expansive views. Amenities include a dog run and pet spa, a rooftop deck with firepits and grilling stations, as well as an outdoor pool and concierge services,” says the architecture firm’s website.

The website doesn’t give an explicit location, but the renderings make it abundantly clear where the tower would go. It’s depicted replacing a two-level parking garage behind what is now Vantage on the Park, 916 E. State St. The development, slated for the 1000 block of N. Marshall St., would be just a block from Lake Michigan and the city’s largest office buildings.

Vantage on the Park is the former Park East Hotel that was redeveloped into a 96-unit apartment building in 2018. Klein Development, Millennial Partners and partner Jeno Cataldo acquired the property for $9 million and added a sixth floor to the building.

There is no plan to move the 18-story tower forward any time soon.

“We designed the building, but it is a project from our archives and no longer active,” said a Kahler Slater representative via email.

The 125-stall parking garage and apartment building are part of the same parcel and registered to Park East PropCo, the legal entity for the development.

Klein previously said the partners had contemplated a second phase.

A user on Skyscraper City, a real estate message board, first noted the website posting in late December and users began speculating on the project’s potential impact. Critiques were posted about the location, with users commenting on more catalytic sites, the amount of parking and skyline impact.

It’s not the first time someone has used the property to dream big. The roof of the former hotel was originally used in 1961 for a short-lived, helicopter-based transportation service between Downtown and the Milwaukee Mitchell International Airport.

A representative from Klein Development did not respond to a request for comment by the time of publication. 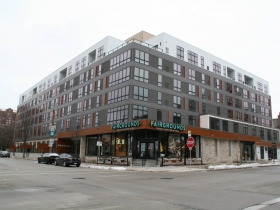 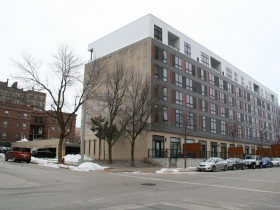 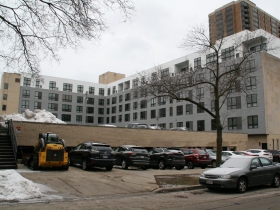 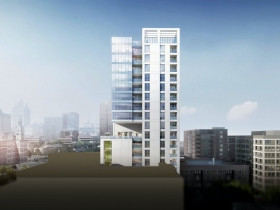 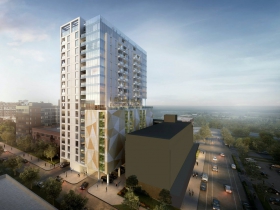