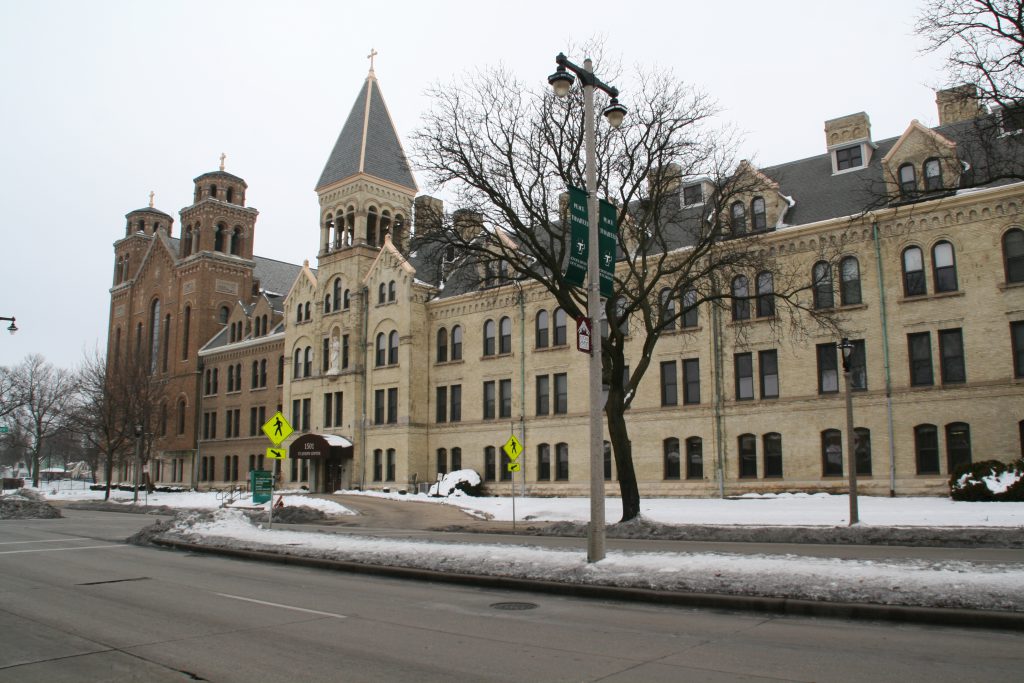 The School Sisters of St. Francis and General Capital Group are partnering on the project, which will create 63 units of affordable housing through the low-income housing tax credit program.

The partners will redevelop what they call the middle of the convent building at 1501 S. Layton Blvd. The oldest part of the structure, designed by architect Herman Schnetzky, dates back to 1890.

“General Capital first worked with the School Sisters on the first phase of the convent renovation, which was basically the north end of the building at Greenfield and Layton Boulevard,” said General Capital partner Sig Strautmanis to board members of the Redevelopment Authority of the City of Milwaukee (RACM) on Thursday afternoon.

The first phase is known as the Maria Linden apartments and includes 72 units for those ages 62 and older. It uses the address of 2735 W. Greenfield Ave. and includes a mix of new construction and adaptive reuse of the convent building. It opened in 2013.

The new $16.1 million phase, known as Chapel Gardens apartments, would include 63 apartments. A total of 59 units in the main building will be set aside for seniors and four three-bedroom units will be developed in an existing, smaller building to the west.

“We have lived at this location for more than 100 years,” said Sister Catherine Ryan. “We are grateful for the opportunity to provide affordable housing.”

The project supports the mission of the organization while providing financial stability. The space is currently underutilized according to the sisters. The organization has long been engaged with the surrounding neighborhood, including the creation of the neighborhood-focused VIA CDC (formerly Layton Boulevard West Neighbors).

Also included in the project are a community gathering space, library, business center and fitness center for residents. Direct access will also be maintained to the St. Joseph Chapel.

The proposal requires financial support from a number of sources. The low-income housing tax credits, $6.5 million, are the largest equity source. The project is receiving state and federal credits over a period of ten years. The credits are often sold to institutional investors for a slight discount. Projects using the credits must be maintained at below-market rates for a period of at least 30 years. The development team secured the competitively awarded credits in April 2020.

The project is also slated to receive $4.5 million via historic preservation tax credits from the state and federal government. Strautmanis said the National Park Service, which oversees the program, has signed off on the plans.

The project was before the RACM board because the city is also slated to contribute funds.

The RACM board approved the creation of a developer-financed tax incremental financing district Thursday. The structure, effectively a property tax rebate, will return incremental property tax revenue of up to $720,000 plus 4.75% interest generated by the development through 2041. The city is increasingly using the financing structure, which places the risk on the developer, to plug affordable housing financing gaps.

Other funding, according to the TIF report, would come from mortgages, a gap loan, a deferred development fee and the Wisconsin Housing and Economic Development Authority trust fund.

“We have secured the financing and are working towards closing,” said Strautmanis. He said General Capital, through its Bedrock Construction affiliate, would handle the general contracting and North Track Construction would serve as construction manager.

The TIF agreement requires the project to be completed by December 2022.

The sisters, also with General Capital’s assistance, redeveloped the former Sacred Heart Sanitarium at the southwest corner of the block into housing for the order, including the six-story Alexia Tower with 46 units and one-floor Clara Court with 31 units. That project was completed in 2015. 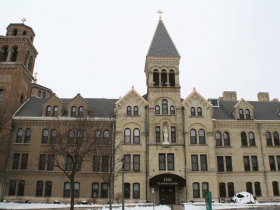 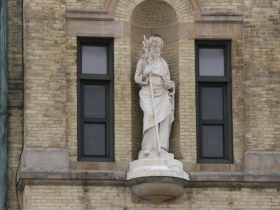 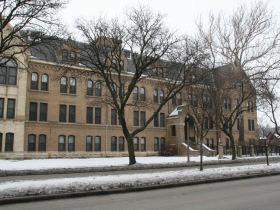 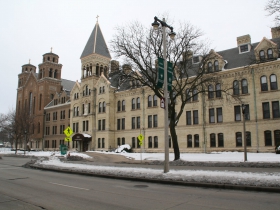 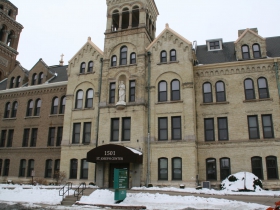 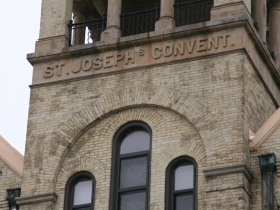 One thought on “Eyes on Milwaukee: Convent Being Redeveloped As Affordable Housing”