Will downtown building be redeveloped for some residential use, like other nearby towers? 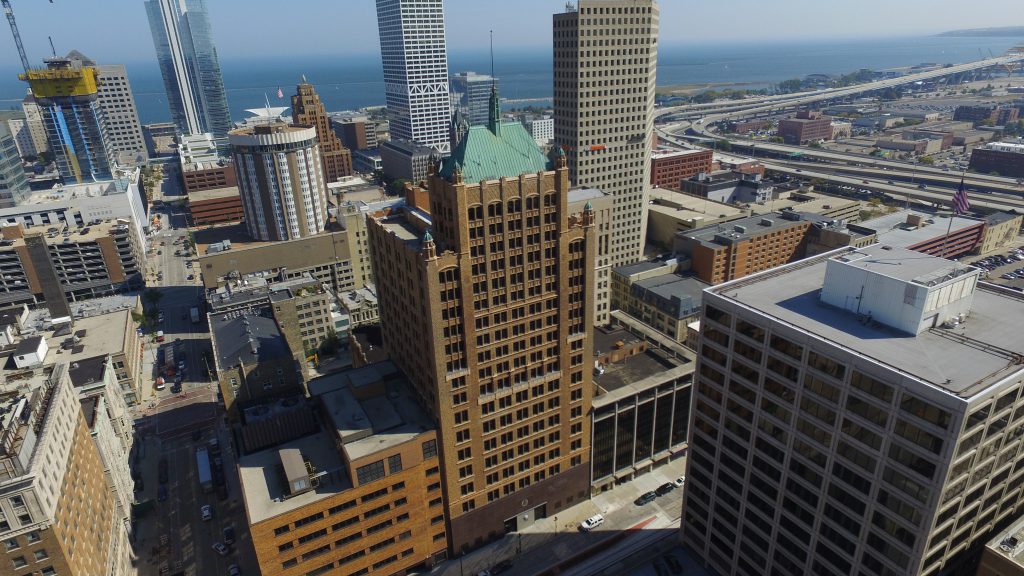 For the first time in its history, a downtown Milwaukee building has a new owner.

An affiliate of AT&T sold its 20-story building, 722-740 N. Broadway, to Reign Capital for $30.1 million on June 9th according to state real estate records. The communications company will lease space in the building from its new owner.

Reign is a New York City-based real estate firm with “approximately $1 billion of real estate assets” in its portfolio according to its website. That includes the AT&T building in Winston-Salem, NC. Reign paid $15.5 million for that property earlier this month.

The firm’s website boasts of having completed more than $2.5 billion worth of redevelopment projects and lease-up efforts since 2010.

The Milwaukee building serves a dual purpose as an office building and network hub. Effectively every building in the Milwaukee area with a phone line is connected to it.

But how much office space AT&T is using in the building and how much it will lease was not released by the Dallas-based communications company. Reign did not respond to a request for comment.

A number of nearby office buildings are being partially or fully converted to apartments, including the Milwaukee Athletic Club immediately north of the building and The Sentinel Building a half-block west.

The structure, the first phase of which was built in 1918, was designed by famed Milwaukee architect Alexander C. Eschweiler for the Wisconsin Telephone Company. A series of additions added several floors to the U-shaped building, as well as a sky bridge. That bridge, visible from the east, is now used as a conference room.

Get a daily rundown of the top stories on Urban Milwaukee
A six-story addition to the north was constructed in the 1950s. That structure was included in the sale.

The complex has been publicly listed for sale since 2017. The listing says the building has 219,135 square feet of leasable space and 251,417 square feet of gross space. But city assessment records say the property has 360,000 square feet of finished space.

The property is assessed for $38.5 million.

And while every building in the city is connected to it, it’s not the center of the internet in Milwaukee. AT&T’s lines run across an alley to the Wells Building into what is known as a “carrier hotel.” The Wells Building is among several dozen carrier hotels in the country, which allow internet service providers to connect their networks to one another.