Goodwill Moving Headquarters Back to City

Plus: Big week of news including The Couture and Milwaukee Tool. 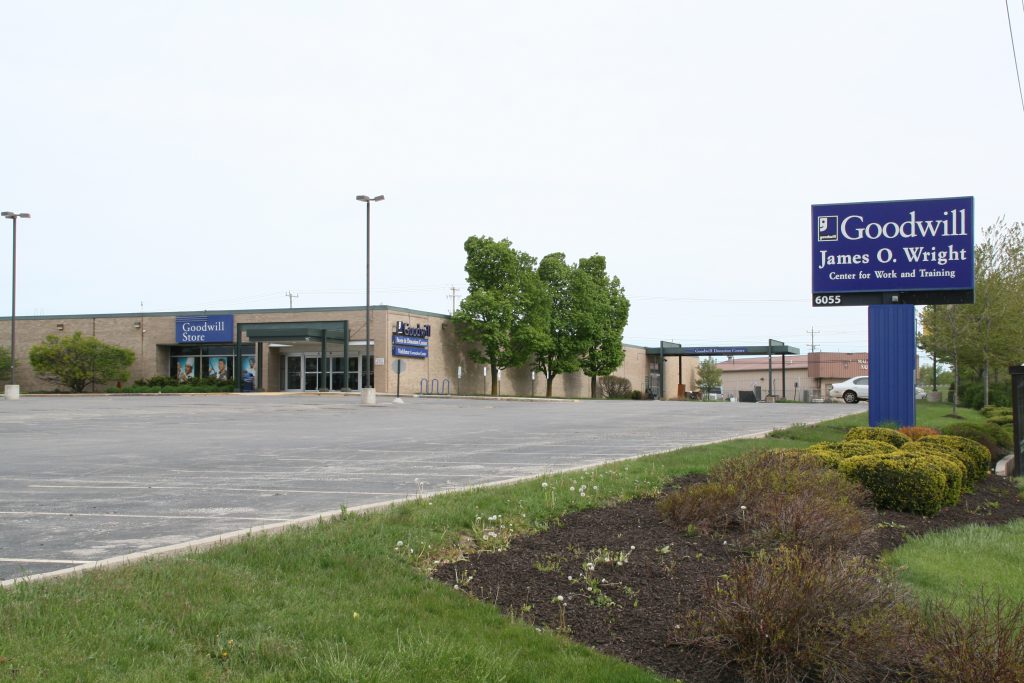 Goodwill Industries of Southeast Wisconsin is coming back to Milwaukee, at least on paper.

The organization announced this week that it is listing its Greendale campus for sale as part of a hybrid work model and community-based mission.

It will officially move the headquarters back to its James O. Wright Center for Work & Training at 6055 N. 91st St. But the leadership team, according to the press release, will be distributed throughout the organization’s territory.

“We must meet people where they are in order to provide the highest level of support to community members,” said organization president and CEO Jackie Hallberg in a statement. “We are grateful to have been a part of the Greendale community and our commitment to southeastern Wisconsin remains strong. As the need for facility-based services decline, our model continues to evolve providing mission services in communities across our territory while remaining good stewards of our resources. This positions Goodwill for continued growth well into the future.”

The pandemic has altered expectations of on-site work, and Goodwill is one of the first employers publicly announcing long-term changes. Employees will either work on-site, remotely or in a hybrid model based on their role responsibilities and requirements.

Get a daily rundown of the top stories on Urban Milwaukee
“Goodwill embraces the new normal of the hybrid work model,” said Hallberg. “We acknowledge the need for greater flexibility to advance an inclusive company culture and we have learned over the past year that it can be successfully done.”

Goodwill purchased the Greendale complex, once home of Reiman Publications, in 2014 for $6 million. It relocated to the facility in 2005 as part of a plan to have 500 employees on site. The property is listed for sale with Jones Lang LaSalle (JLL). 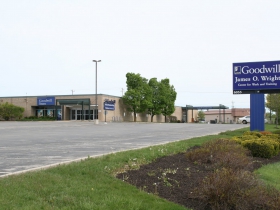 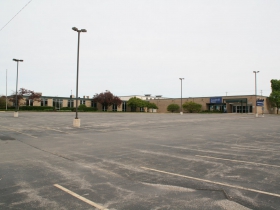 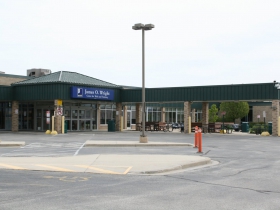 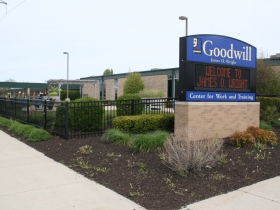 Saint John’s on the Lake, the “enriched retirement living” complex on Milwaukee’s Lower East Side, celebrated completion of its $123 million expansion project on March 30th with a virtual ribbon cutting.

The new, 22-story North Tower was completed in early 2020, but much of the past year was spent demolishing a three-story connector building from 1979 and replacing it with a new four-story structure.

The new tower includes 79 independent living units, 16 catered living units, a lecture hall/performance space and two levels of below-grade parking. An additional 50 skilled nursing beds and 25 assisted living apartments are included in the base of the building. Those 75 units were relocated from the former connector building, with the complex altered in phases to minimize resident disruption.

Milwaukee Boat Line has a new home on the Milwaukee River.

The company, which operates the double-decker Vista King and Voyageur vessels, relocated upstream to a dock just south of Juneau Avenue along the soon-to-be-renamed N. Old World Third St.

“It was kind of the perfect opportunity,” said owner Jake Chianelli in an interview. Interstate Parking Co. took over operations of the adjacent surface parking lot at the same time Milwaukee Boat Line was looking to relocate from its decades-long home at 101 W. Michigan St.

“We are still going through the design and working with the city on code compliance,” said Gollatz in an interview with Urban Milwaukee.

The Milwaukee Bucks and hotel developer North Central Group announced that the 205-room Marriott Autograph Collection hotel under development across from Fiserv Forum will be known as “The Trade Milwaukee.”

The name builds on what Middleton-based North Central has teased for months: a brand that honors “the calloused hands that built Milwaukee” and the city’s history as a fur trading post.

North Central vice president Andy Inman said his grandfather delivered ice in Milwaukee and his father built the Hoan Bridge. “For us real estate is our trade and hospitality is our craft,” he said.

Another piece of the Park East corridor may be developed, though it’s the third plan proposed for this site.

Milwaukee based McClendon Capital Group, LLC, led by Cory McClendon, was awarded the option to purchase Block 22, a 2.2 acre parcel at 320 E. Ogden Ave., from Milwaukee County in the fall of 2020. According to a proposed Option to Purchase Agreement, the sale price for the land is $3.5 million.

According to a report prepared for the County Facilities Planning Steering Committee, McClendon plans a mixed-used development consisting of residential apartments and a hotel property.

The Milwaukee Tool deal went from controversial to quiet in a week.

The Milwaukee Common Council unanimously approved a tax incremental financing package Tuesday morning that grants the company up to $20 million in exchange for bringing 2,000 jobs to the five-story office building at 501 W. Michigan St.

The proposal calls for the City of Milwaukee to give the company a $12.1 million grant in exchange for bringing 1,210 jobs to the city by 2026 and investing $30 million in the facility. The city would recoup the cash via increased property tax revenue generated from the currently vacant building.

The federal and state government will provide developers with “the carrot” — income tax credits of up to 20% each are awarded to offset costs of doing historically-sensitive redevelopment projects.

The City of Milwaukee Historic Preservation Commission uses “the stick.” Owners of locally-designated historic buildings must receive approval for any exterior modifications, with no incentive beyond a collective interest in maintaining historic integrity.

On Monday, the stick took a swing at a developer trying to grab a carrot.

The Couture Construction Begins May 5th

Construction on Milwaukee’s most anticipated real estate development will begin May 5th.

Barrett Lo Visionary Development closed Friday on a $104.7 million loan to support the development of The Couture. The approximately $190 million, 44-story tower will include 322 apartments and 40,000 square feet of commercial space.

The loan comes from Old National Bank. The U.S. Department of Housing and Urban Development is providing a guarantee on the loan.

Colliers|Wisconsin, the state’s largest third-party real estate services firm, is announcing a leadership transition plan that will have Lyle Landowski assuming the role of President and CEO of the firm, effective Jan. 1, 2022.

Current CEO Scott Welsh and President Mike Fardy will maintain an ownership stake in the company and maintain a presence in the local commercial real estate industry, but it will be Landowski, who has been with the company for 15 years, and several other long-time colleagues who will be taking an ownership stake and leading the organization moving forward.