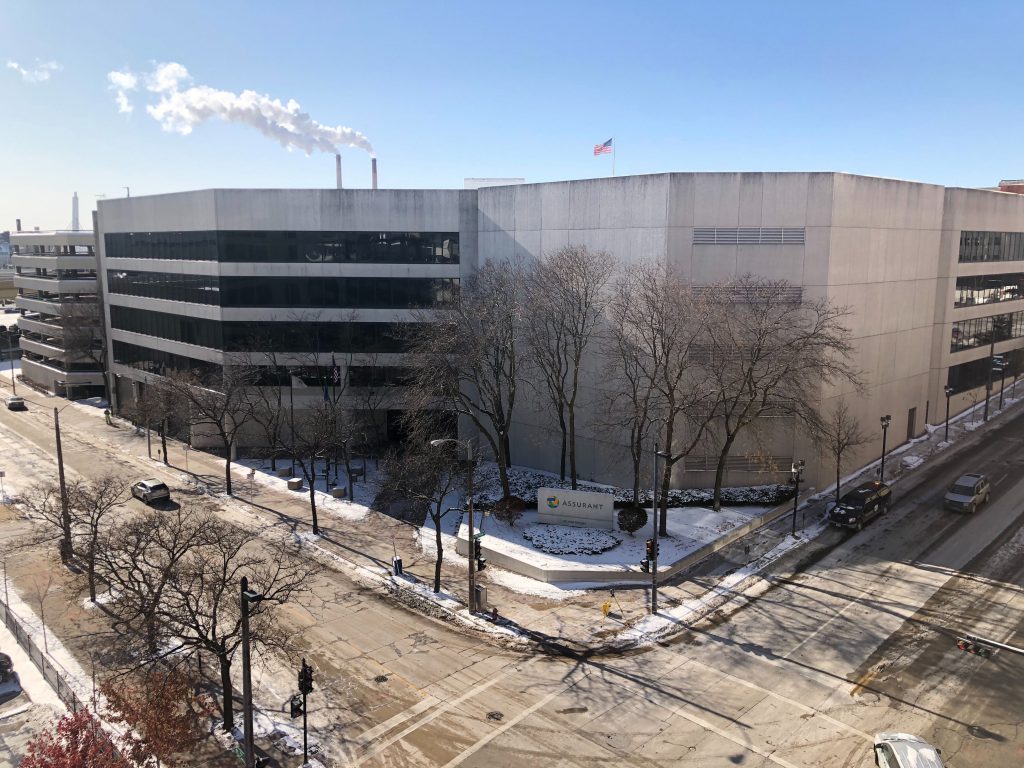 The Milwaukee Tool deal went from controversial to quiet in a week.

The Milwaukee Common Council unanimously approved a tax incremental financing package Tuesday morning that grants the company up to $20 million in exchange for bringing 2,000 jobs to the five-story office building at 501 W. Michigan St.

None of the 15 members spoke about the deal, a stark change from the nearly four-hour public hearing the project was subject to last week before the Zoning, Neighborhoods & Development Committee.

At the committee meeting, an amendment was added to the agreement that creates an annual reporting requirement on employee race, gender, residency and wages. Introduced by Alderwoman Marina Dimitrijevic, the amendment was viewed as a compromise as a labor organization was pushing for union-level protections for contracted service-sector workers.

The proposal calls for the City of Milwaukee to give the company a $12.1 million grant in exchange for bringing 1,210 jobs to the city by 2026 and investing $30 million in the facility. The city would recoup the cash via increased property tax revenue generated from the currently vacant building.

Company chief financial officer Ty Staviski told a city committee that the Brookfield-based company wants to move in by October and is currently short 800 spots for employees. It had 227 employees in southeast Wisconsin in 2008, but now has approximately 2,600 employees with a goal of reaching 3,200 by the end of 2021.

The company envisions having 650 employees in the Milwaukee facility by the end of the year. The financing agreement requires them to have at least 450 by March 2022 before a clawback provision could be invoked.

Get a daily rundown of the top stories on Urban Milwaukee
A future phase could include a four-story addition to the five-story building and up to 790 more employees. The city would provide an additional $7.9 million if that comes to pass.

“One of the reasons we want to expand into the city of Milwaukee is to draw on a larger and more diverse labor pool,” said Staviski last week. It was seeking a building that was near move-in ready.

Milwaukee Tool intends to relocate an entire business unit, representing a specific product line, to the building. “It’s going to be a wide gamut of different job categories,” said Staviski at a prior meeting, ticking off a list including engineering and sales positions. The average job is expected to pay $75,000.

The company, a division of Hong Kong-based Techtronics Industries since 2005, has recorded 22% annual growth since 2009 as its sales have reached $5 billion. Much of the growth can be attributed to the launch of a hand tools product line in 2011.

The Milwaukee Area Service and Hospitality Workers Organization had called for the company to agree to a community benefits agreement for its contracted service workers. The company has pledged to require contractors to pay those employees $15 per hour, but has not agreed to union-level job protections. For more on the conflict, see our coverage from last week.

Assurant Health was the last tenant in the Westown building, vacating the space in 2016. Developer Scott Lurie purchased the property in late 2019 for $4 million and will sell it to an affiliate of Milwaukee Tool.

The city financing agreement, which would last up to 20 years, includes a number of complicated provisions related to grant terms, clawback provisions and, a city first, opportunities for remote workers to be counted as employees at the facility.

The company was founded on Milwaukee’s South Side in 1924. It moved to Brookfield in 1965 and relocated most of its manufacturing to Mississippi in 1973.

Staviski said the company now has 11 manufacturing plants across the globe, including six in the United States. “That’s actually going to be eight at the end of this year,” he said last week, noting that new plants would open in West Bend and Greenwood, IN. An expansion is also underway at its Sun Praire plant.

The company was sold for the first time in 1975 and at least three times since. Staviski, who has been with the company since 2008, credits the Techtronics acquisition and newly installed leadership team for the recent growth.

According to a 2019 Wisconsin Economic Development Corporation release, since 2016 Milwaukee Tool has pledged to create up to 1,812 new jobs and invest $174.5 million in capital projects in exchange for up to $46 million in state tax incentives.