City would provide up to $20 million to lure fast-growing company to Downtown. 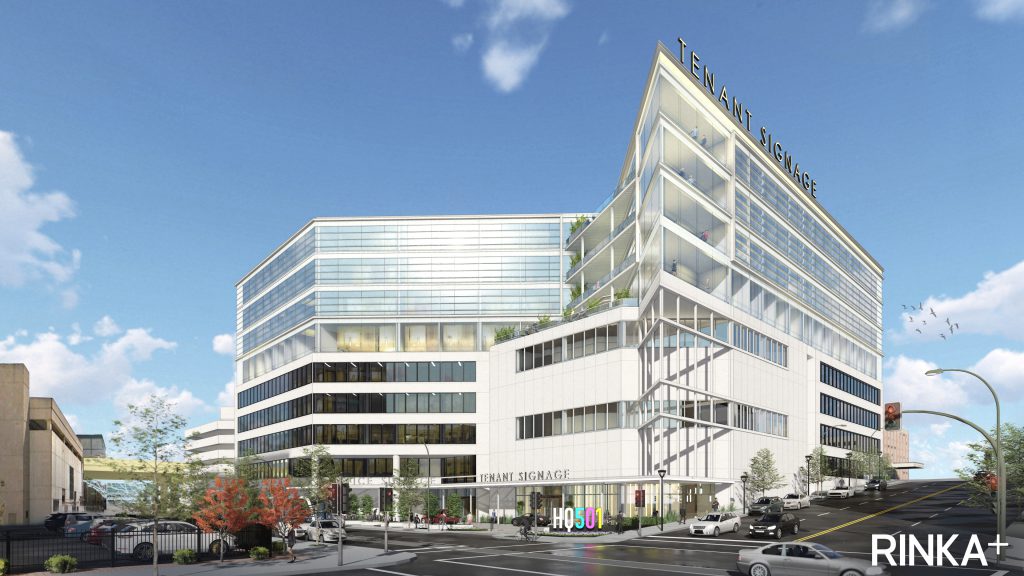 Milwaukee Tool could bring up to 2,000 jobs to downtown Milwaukee according to a public notice released Wednesday by the Redevelopment Authority of the City of Milwaukee.

The city is proposing a $12.1 million grant to support the Brookfield-based company’s move of at least 1,210 employees to HQ501, the former Assurant Health office building at 501 W. Michigan St. The city would provide an additional $7.9 million if the company adds an additional 790 employees.

Developer Scott Lurie bought the largely-vacant, five-story building in 2019 and has sought an anchor tenant. A redevelopment plan, designed by RINKA, showed that four floors could be added to the building, bringing it to 550,000 square feet. An 800-stall parking structure is attached to its south side.

The company, officially Milwaukee Electric Tool Co., has grown quickly in the past decade. It reported 300 employees at its headquarters in 2011, but multiple expansions have added over 300,000 square feet of space and brought the total employment count to more than 1,400 as of late 2019.

“As we continue to grow our presence here in southeastern Wisconsin, we are looking into additional space to expand our corporate operations. A site in downtown Milwaukee is our first choice. At this time, we have no other details to share,” said Ty Staviski, chief financial officer of Milwaukee Tool, in a statement.

In 2020, a $100 million corporate campus plan for the company was approved for the Woodland Prime Business Park in Menomonee Falls. The company purchased 65 acres to augment its existing headquarters. This new announcement’s impact on either the Brookfield or Menomonee Falls campus is unclear at this point.

Get a daily rundown of the top stories on Urban Milwaukee
“Milwaukee Tool is part of this city’s history, and it’s certainly part of our future,” said Mayor Tom Barrett in a statement.  “I enthusiastically welcome Milwaukee Tool, and I am delighted Milwaukee is their first choice as they look to expand their corporate operations within the region.”

“I think it’s a very significant development and frankly it’s about time for a company with Milwaukee in its name to return to Milwaukee,” said Alderman Robert Bauman in an interview.

He singled out the location choice, on the west side of Downtown, as a significant positive.

“The fact that they’re comfortable going into the Westown neighborhood is a big positive and shows what progress has been made in Westown,” said the area alderman. He said it was proof that the Bradley Symphony Center and other W. Wisconsin Ave. developments were catalyzing further growth.

The news also is a boost for a city that received negative news last month that Johnson Controls would vacate its East Town campus in the coming years. “I think it absolutely offsets it,” said Bauman. He said the proximity of Johnson Control’s full-block campus to the lake would speed its redevelopment.

Founded in Milwaukee in 1924, Milwaukee Tool is now a subsidiary of Hong Kong-based Techtronics Industries.

According to a Wisconsin Economic Development Corporation release, since 2016 the company has pledged to create up to 1,812 new jobs and invest $174.5 million in capital projects in exchange for up to $46 million in tax incentives. That includes new or expanded plants in Sun Praire and West Bend.

The city’s Redevelopment Authority will first consider the proposal at its April 15th meeting. The tax increment financing proposal is subject to Common Council approval.