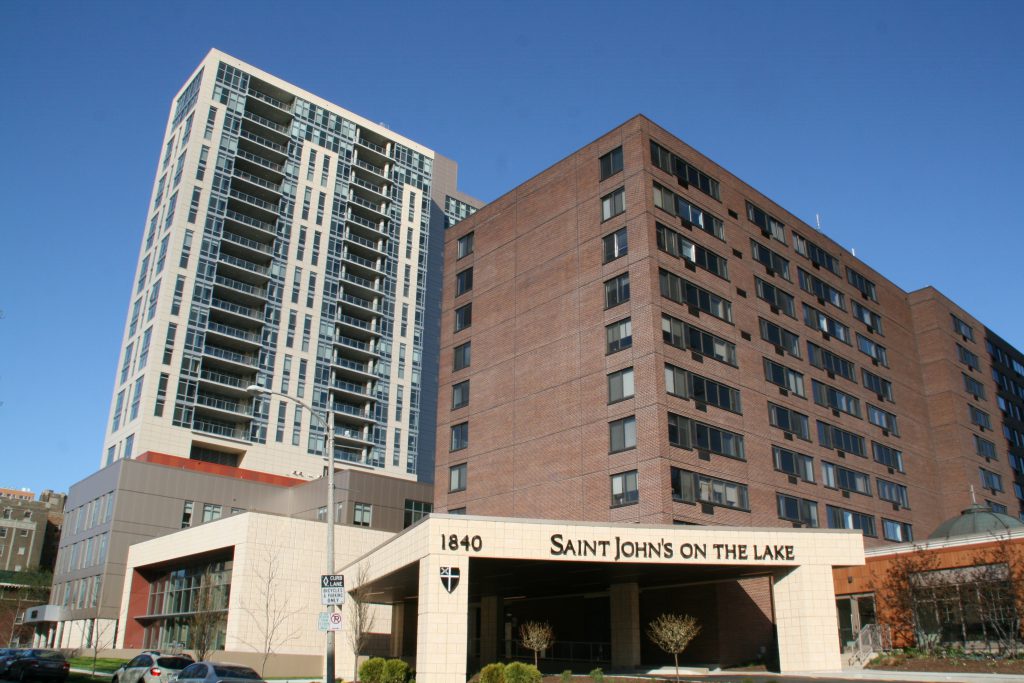 Saint John’s on the Lake, the “enriched retirement living” complex on Milwaukee’s Lower East Side, celebrated completion of its $123 million expansion project on March 30th with a virtual ribbon cutting.

The new, 22-story North Tower was completed in early 2020, but much of the past year was spent demolishing a three-story connector building from 1979 and replacing it with a new four-story structure.

The new tower includes 79 independent living units, 16 catered living units, a lecture hall/performance space and two levels of below-grade parking. An additional 50 skilled nursing beds and 25 assisted living apartments are included in the base of the building. Those 75 units were relocated from the former connector building, with the complex altered in phases to minimize resident disruption.

The non-profit provider of senior housing and licensed-care now has a northern bookend to its campus, 1840 N. Prospect Ave. The new building joins the ten-story Central Tower (formerly North Tower, completed in 1979) and the 21-story South Tower (completed in 2011).

The conclusion of construction is no doubt welcomed by residents of the complex and East Siders alike. N. Prospect Ave., the north-bound one-way street, has two motor vehicle lanes and a bike lane for the first time in three years.

The new tower sits on the site of what was most recently an employee parking lot. Before that it was the site of an apartment building known as the Benjamin Flats that itself replaced a mansion. If you go all the way back to the 1860s, the site was used as a Civil War camp.

To replace the lost parking, Saint John’s purchased a Farwell Avenue building in 2019 with 50 surface parking stalls. Once North Tower was completed, it began demolition on the structure intending to eventually use the whole site as a surface parking lot.

Get a daily rundown of the top stories on Urban Milwaukee
Construction on the new tower, which began with the unceremonious demolition of a small garden, began in January 2018. A formal ceremony was held in April 2018. The first residents of the new 422,000-square-foot complex moved in throughout January 2020.

Saint John’s has been located on the lake since 1979. For more on the organization’s history and why it developed a new tower, see columns by Michael Horne from January 2017 and January 2018.

Want to move in? Four of the nine unit floor plans are still available. You can see the interior via a photo gallery. 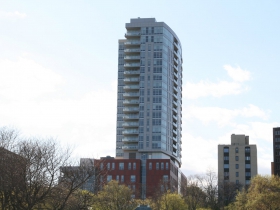 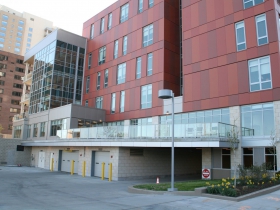 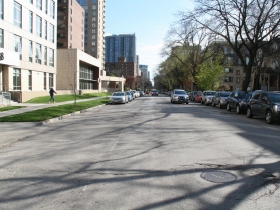 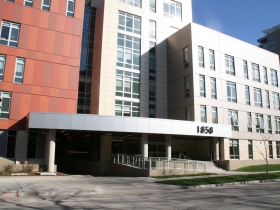 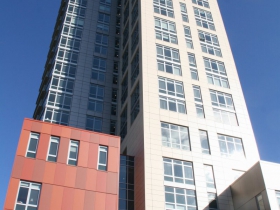 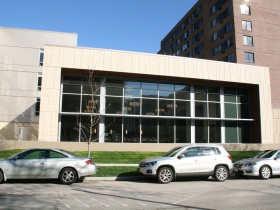 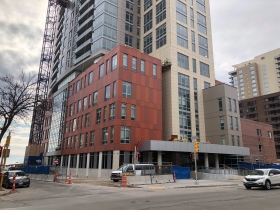 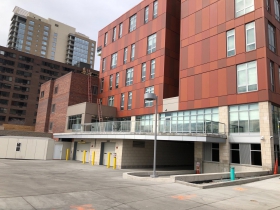 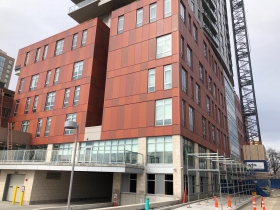 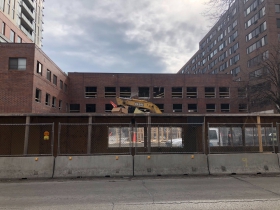 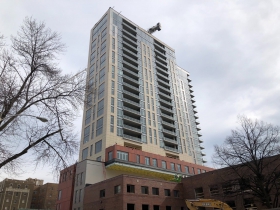 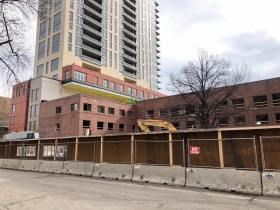