Retirement home on Prospect would build addition in parking lot on Kane Pl. 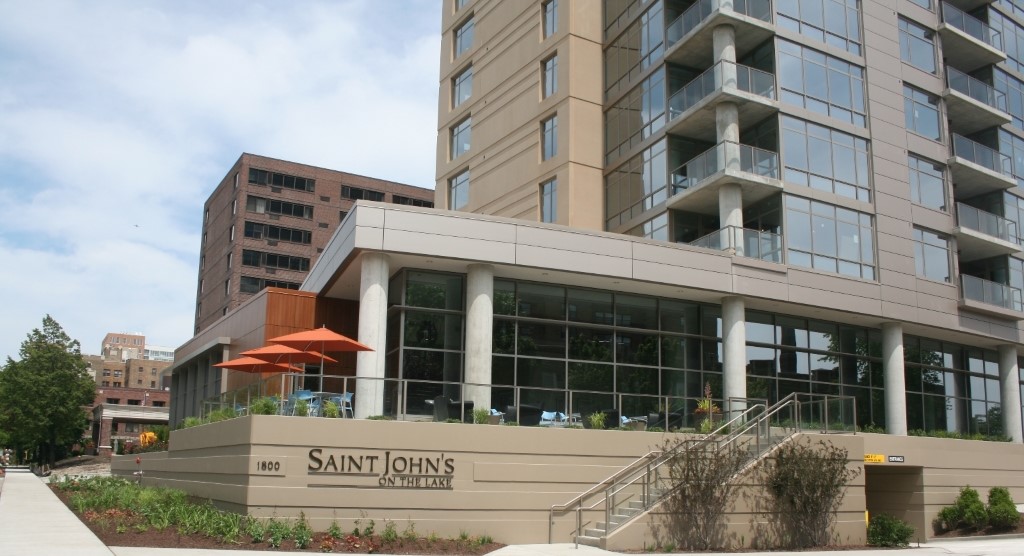 The management of St. John’s on the Lake, a retirement community at 1840 N. Prospect Ave., faced a conundrum over the financing of needed improvements to its 50-bed Skilled Nursing Facility built in 1979.

The ordinary approach would be to expand the number of beds, and rely on the increased population to cover the investment. But that option is not available, due to a state moratorium on the expansion of nursing home beds, says Renee E. Anderson, the President and CEO of St. John’s Communities, Inc.

Anderson spoke from her orchid-filled office overlooking Lake Michigan, where the sprawling St. John’s community enjoys over 500 feet of frontage on a bluff above the Milwaukee Yacht Club.

The board and management hit upon an interesting strategy to face the challenge: To finance the skilled nursing facility, “we will need to add an additional apartment building to fund the changes to the care neighborhoods. Careful consideration will be given to the placement of any new construction to preserve the views of our own residents and the neighbors,” Anderson said. 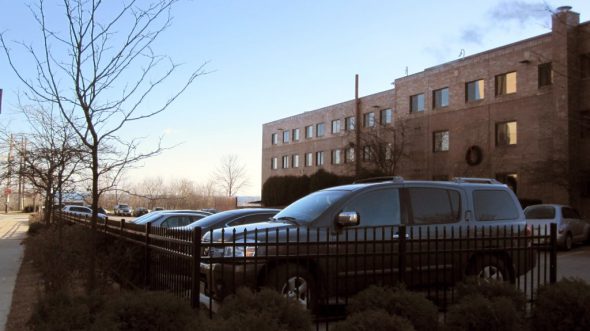 The only viable spot on the campus for such new construction would be a surface parking lot at the southeast corner of E. Kane Pl. and N. Prospect Ave., which the home bought in 1985. The skilled nursing wing lies just to the south, and north of the original 1979 independent living facility and adjacent 26-story addition dating to 2011.

Why the Need for New Nursing Unit

St. John’s originated in 1867 when it opened a home for “friendless” Episcopalian women on Cass St. After several expansions there, the campus relocated to the current site in 1979. The facility consists of 198 Independent Living units (some quite luxurious) housed in the original North Tower [1979] and the South Tower [2011]. Witz also served as project manager for the South Tower.

Anderson said the skilled nursing facility, although cosmetically updated over the years, suffers from what is now an archaic floor plan.

She cited in particular maintaining the dignity of the residents as a goal. Such dignity can be compromised, she said, in such simple things as matters of personal hygiene and care. The bathrooms are too small to readily accommodate a resident and health care aide, along with an oxygen tank and the now ubiquitous motor scooters that were unknown when the facility was constructed, she said.

The nursing stations consist of little nooks along the corridor, suitable for the clipboard and three-ring-binder era, but considerably short of the best practices for contemporary medical record keeping and documentation. Likewise, the family-style kitchens and dining rooms were designed for an era when institutional food was the norm, and not with today’s emphasis on freshness and nutrition. There are also logistical issues for laundry and other housekeeping procedures.

Although the skilled nursing facility holds only 20 percent of the St. John’s population, it is also subject to the greatest amount of regulatory scrutiny, and carries the greatest expenses per square foot of the entire facility.

The aging building is making it more difficult for St. John’s to maintain its high rankings among peers. It can boast of receiving an unprecedented, three-consecutive, deficiency-free State Surveys (2012, 2013 and 2014), and has not been fined or denied Medicare payment during that period. In many respects, residents of the skilled nursing facility fare much better than the national average, with only 0.8 percent experiencing depression versus the state average of 5.4 percent. Longterm residents were far less likely to receive antipsychotic medications than in peer institutions.

But the residents of St. John’s are more likely to suffer urinary infection, and less likely to regain the ability to move independently. The re-hospitalization rate is higher than the average, as are the number of trips to the emergency room.

Significantly, 10.2 percent of the St. John’s residents experience a fall, versus the state and national average of about 3.3 percent. The data was compiled by U.S. News, which, largely because of the facility issues, gave St. John’s only 3 of 5 stars overall, rating it 2 of 5 for Medical Care Issues. A new building would almost certainly help to improve these numbers. It was awarded 4.5 for Health Inspection and Complaints, and 4.0 for staffing in the survey.

Anderson has issued a statement describing the project as follows: “we want to re-create the care neighborhoods … at St. John’s in a way that respects our oldest and most frail residents’ needs and desires, incorporates best practice, supports ongoing innovation, and responds to the desire to provide employees an opportunity to deliver excellence…. This effort encompasses improvement in our care delivery practices and modification of our campus. The multi-year plan is currently in the conceptual phase.”

St. John’s on the Lake Campus 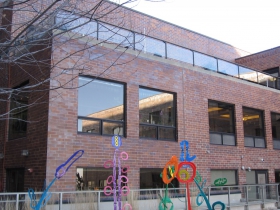 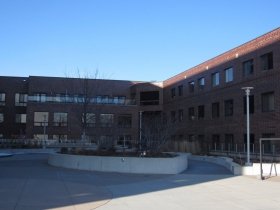 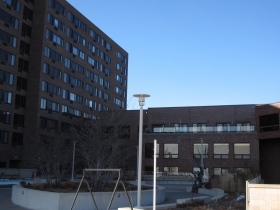 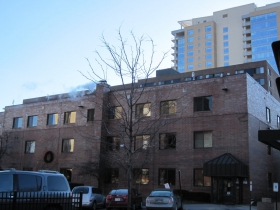 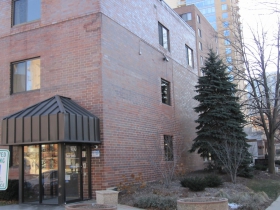 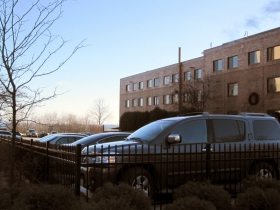 St. John’s is hedging its bets that the conceptual plan to expand the campus will go forward. It has signed a master lease for two floors of Sage on Prospect, with Dominion Properties, Inc., the developer and owner of the apartment building located directly across from St. John’s at 1825 N. Prospect Ave. [See Urban Milwaukee Plenty of Horne: Sage on Prospect Opens, September 2016.]

These units are being rented to the general public at this time, but will be reserved for the use of the assisted living residents who would be temporarily displaced during construction of the new facility.

In a lovely bit of irony, before its conversion into 34 apartments, the Sage on Prospect building was a nursing home. 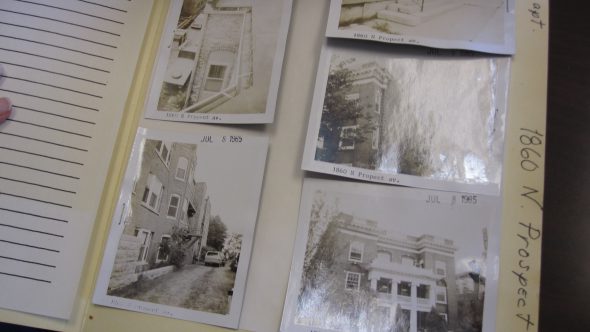 The site of the planned expansion, at the north end of the campus, was occupied from 1906 – 1986 by the Benjamin Flats, the first apartment building to have displaced a mansion on Prospect Avenue. The building was in considerable disrepair by the time it came into the hands of St. John’s, as photographs in the office of Anderson attest. The building did not receive a historic designation, possibly due to there being no category for “ruins,” and was demolished by St. John’s in 1986.

One thought on “Plenty of Horne: St. John’s Considers Expansion”