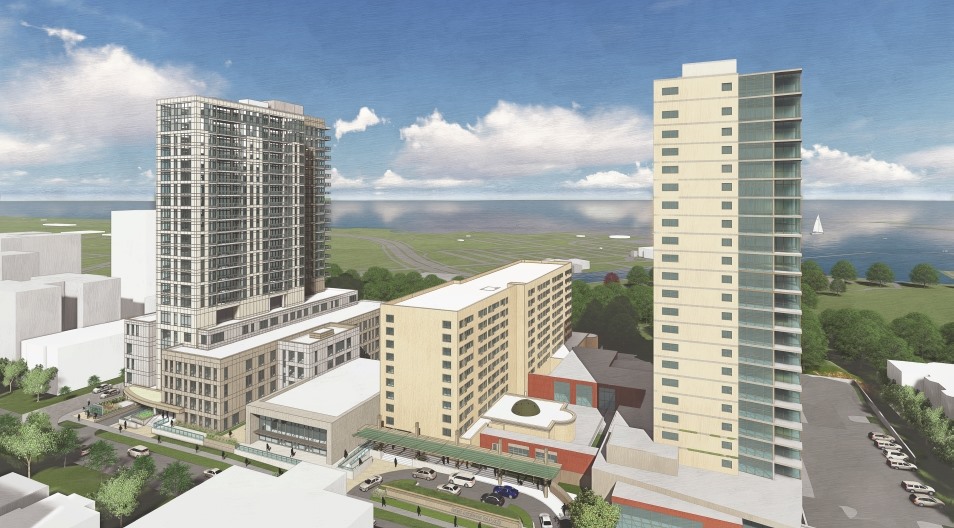 Work has begun on the demolition of an enclosed garden at Saint John’s on the Lake at a cost of $50,000, the first of many complicated steps in the two-year process of constructing a new, 22-story, $123 million tower for the senior housing and licensed care facility at the southeast corner of N. Prospect Ave. and E. Kane Pl.

“Noticeable construction will begin in the next two weeks or so with demolition of the walled garden along Prospect and subsequent installation of an electrical vault in preparation for construction anticipated to begin in March,” Renee Anderson, the President & CEO of St. John’s, tells Urban Milwaukee in a written statement. Work will begin this week.

“The scope of the project includes replacement of the 3 story structure that serves as home for 50 residents of skilled nursing and 24 residents of assisted living, and the addition of 16 catered living apartments, 79 independent living apartments, 2 levels of below grade parking and a lecture hall/performance space. … Construction is anticipated to be complete in spring 2020. We are building within the zoning restrictions, therefore no review of the Planning Commission or Common Council is needed,” she adds. 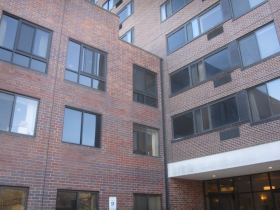 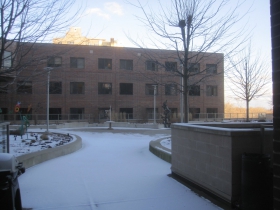 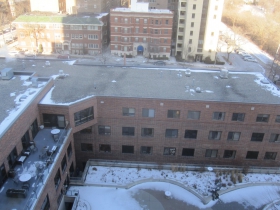 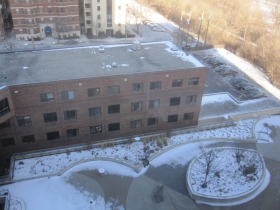 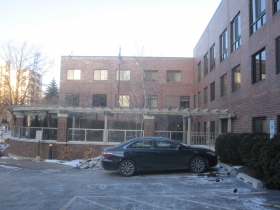 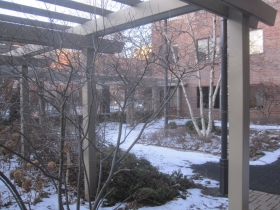 The financing of Senior Living Facilities, Registered Care Apartment Complexes and Community Based Residential Facilities — in fact the very existence of such housing categories — was much different in 1867. That’s when a group of Episcopalian women raised the funds to open a home for their aged and “friendless” coreligionists on Cass street. The home was built on the same block as the Cathedral Church of All Saints, where they passed a collection basket for the purpose of accomplishing their goals. (After over a century, and several expansions, the facility relocated to its current lakefront site in 1979.)

Today raising funds for a new, code-compliant facility is a complex undertaking, as befits a $123 million construction project. First, the owner must prove to potential lenders there is a demand for the product.

This has not previously posed a problem for management of Saint John’s, which completed its first expansion, the $47 million, 22-story, 285,000 square feet second tower, with 87 independent senior living units, in 2011. Seven years later, there is unmistakable demand to justify the construction of the third tower on the site, Anderson says.

“In order to proceed to financing 75% of the apartments are required to be reserved; at present we have reservation deposits on 86% or 68 apartments,” she writes. Then the complications begin.

“The construction cost is $102 million, the total project cost is $123 million. Inclusive of issuance cost of $1 million and creation of a debt service reserve fund of $8 million, borrowing totals $132 million. WHEFA bonds will be issued in the spring for $80 million in long term debt; short term financing in the amount of $52 million will be with a bank or banks yet to be determined. Piper Jaffray is underwriting and placing the loan(s),” says Anderson.

The project was first announced in an Urban Milwaukee story of January 9th, 2017. At that time work was already underway on preliminary financial calculations for the project.

But, Anderson told residents in a December 22nd, 2017 newsletter, a late-year proposed change to the tax code threatened the project after months of work:

“The tax reform bill introduced to the House of Representatives in November contemplated eliminating the tax exemption for private activity bonds, the vehicle Saint John’s planned to use to finance the project, as of December 31st, 2017. The alternative, taxable debt, would have increased the cost of capital dramatically, thereby jeopardizing the project.

“Over the course of the last month, the financing team has been working to accelerate borrowing with the goal of closing a tax exempt issuance before year-end. However, in the last week the tax reform bill finalized, approved and signed into law preserves the tax exemption for private activity bonds, so we have reverted to our original plan of finance.”

What would the Episcopal ladies of 1868 think of this complicated state of affairs?

The key to the redevelopment of the site lies in the non-independent living units, including the skilled nursing, memory care, and other components of the facility, which are subject to regulation and inspection. It has become increasingly difficult and expensive for Saint John’s to continue receiving its customary Zero Deficiency rating from state inspectors due to the aging facility, as it did in once again in 2017.

The project calls for uninterrupted service in these critical areas, which will require complicated logistics, and a certain redundancy in expensive services until the project is complete.

“The intent was to preserve the exterior walls and the floor slabs as well as the lower level of the existing three story structure that presently houses Windsor, Stratford and Canterbury,” (as these “neighborhoods” are known within the facility) Anderson writes in her newsletter.

“The interior of floors 1-3 was to be gutted and renovated after which the existing structure was to be connected to the new construction. We recently learned that this approach would result in conditions we deemed unacceptable such as 7′ ceiling heights in some resident rooms. Further, significant disruption to the lower level as a result of necessary structural reinforcement impaired the future viability of the space.

“Ultimately, the project team recommended the three story health center be demolished and a new structure be built in its place. This change adds approximately 6 weeks to the schedule and $1.9 million to the budget. It does not change the proposed design or sequencing,” Anderson writes.

Although some Independent Living residents might consider moving to a unit in the new tower, the construction will have little impact on the living quarters of most residents, outside of the usual disruption entailed by a complicated building project.

Management has plans in place to minimize discomfort for the other residents, Anderson tells Urban Milwaukee:

“One of the central tenets of this project is that all residents will remain on campus and in their homes throughout construction. The residents of skilled care and assisted living will remain in their current accommodations while the new building is being built. They will then move into new larger rooms, and some will share a room temporarily, while the existing 3 story building is demolished and a new structure, connecting to the 22 story building, is infilled and connected (4 stories to the north and 2 to the south if you refer to the rendering). The residents that shared rooms temporarily will then move to the most recently completed portion of the now 4 stories – very complex sequencing and construction but well worthwhile to keep families and friends together.”

The 1979 building, at 1840 N. Prospect Ave., was simply known as “Saint John’s” from the time of its construction until its neighboring tower was built to its south at 1800 N. Prospect Ave. in 2011. At that time, the original building was renamed the “North Tower,” and its new mate was denominated “South Tower.”

However, the construction of a new tower to the north of the North Tower, rendered that building’s name misleading, and residents were polled to suggest nomenclature for the new setup. This occasioned an overflowing suggestion box and a series of meetings to discuss the proposed change, leading to a “robust discussion and decision process,” as Anderson puts it. (Poll two Episcopalians on any topic and you’ll get three opinions.)

The residents voted in October. The South Tower will retain its name. The new tower (with an address as yet to be determined) will become the North Tower, and the current North Tower will be known as the Central Tower. Problem solved.