An undistinguished building on Farwell gets the sledgehammer treatment. 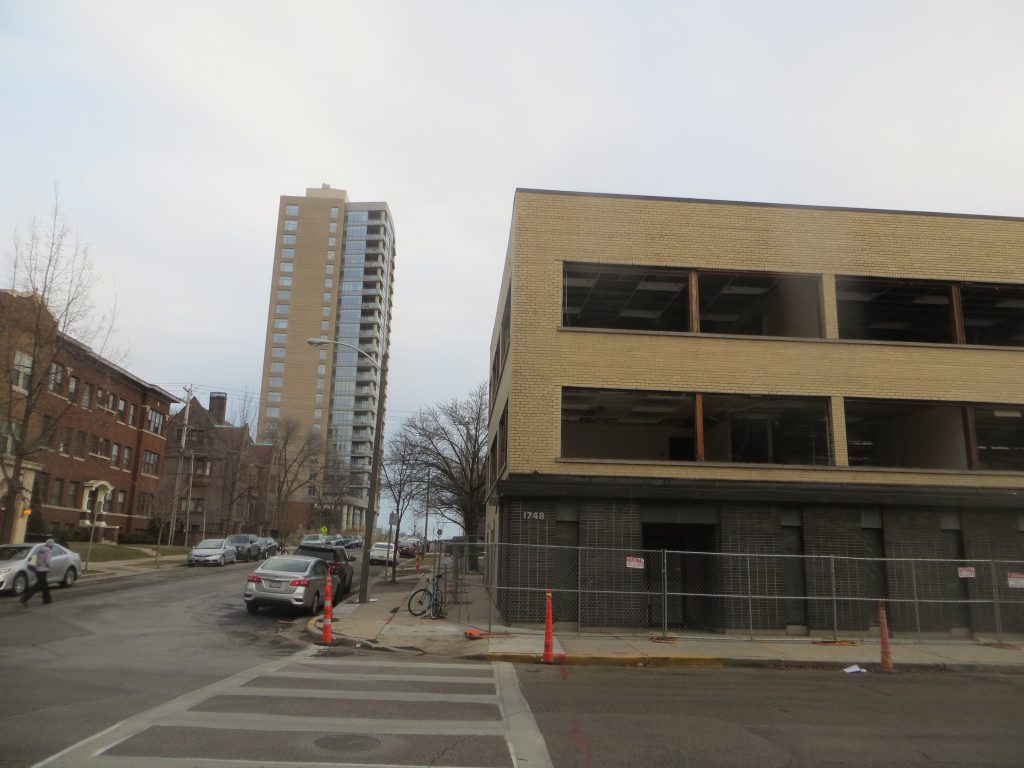 Demolition of the Farwell & Royall Building. Photo by Michael Horne.

A notably undistinguished midcentury office building at 1744 N. Farwell Ave. is being demolished as of this writing, and will be replaced with a surface parking lot for employees of its owner, Saint John’s Communities, Inc., operator of Saint John’s on the Lake, a retirement community located immediately to the east on N. Prospect Ave.

The trend these days is for buildings to replace surface parking lots, and Saint John’s has done its part over the past decade replacing the employee parking lots that flanked its original 1840 N. Prospect Ave. building with two towers, the most recent of which opened in 2020.

Faced with a demand for parking for its workforce, which was soon to expand with the construction of the North Tower, Saint John’s paid $2 million in November 2019 to acquire this approximately half-acre (22,600 square feet) lot with 50 parking spaces and the three-story, 13,824 square foot “Farwell & Royall Building.” The price paid for the property was a substantial premium to its assessed valuation of $1,282,200. Saint John’s employees immediately gained access to half the parking slots.

The tenant, Phoenix Care Systems, retained use of the remaining spaces until the end of its lease. Now all are used by Saint John’s employees — with more to be added when the building is leveled.

Renee Anderson, the CEO of Saint John’s told me in November:

At present, Saint John’s has no use for the building which requires a fairly substantial investment in roof and mechanical system repairs.  Interior renovation would also be necessary to compete in the depressed Class B office market. So, after evaluating alternatives, the decision was made to demolish the building and use the entire footprint as parking until redevelopment plans can be made.

The Sigma Group has been hired to manage abatement, demolition and parking design. Demolition, pending the permit, is expected to occur before year-end. Plans for parking are underway though at this writing I do not yet have anything to share.”

Depending on landscape and traffic flow patterns, it appears the building’s more than 4,000 square feet could accommodate an additional 30 or so parking spots. As far as a site for future development, the sky’s the limit — up to about 14 floors or so, if the neighboring Urbanite apartment building is any example. It too replaced a dated midcentury office building. Like the current subject, there was no call to preserve the structures, and no outcry at their demolition. Preservationists know how to choose their battles.

Contractor is a 2020 “World Demolition” Champion

The $220,000 demolition contract was issued to Veit & Co., a Minnesota firm with a local office in New Berlin. The permit also covers the demolition of two accessory structures in addition to the 135,517 cubic foot building. It appears the windows are to be repurposed, as they were removed with their frames. The work does not require complete closure of the sidewalk or any of the street, as the building can be razed from the parking lot, rather than from the public way. For safety reasons, a movable fence blocks the sidewalk during working hours.

This year, at the “2020 World Demolition Summit,” (there is such a thing) Veit was declared the “Urban Demolition Winner” for its work razing the Bradley Center. It is unlikely that the Saint John’s parking lot expansion will be a contender for this year’s honors, even among Veit’s other projects here, which include the recent demolition of the Sprecher smokestack.

Building Had Many Tenants

The building at 1744-1748 N. Farwell Ave. was constructed in 1954 on the southeast corner of N. Farwell Ave. and E. Royall Pl. Apparently this was not a prime lot, for maps of 1894 and 1910 show no structure on the corner, where the building now stands. Conversely, there were buildings where parking lots now surround the soon-to-be-demised structure. The nucleus of Zaffiro’s Pizza, which also opened in 1954 at 1724 N. Farwell Ave., immediately to the south, can be discerned in the outlines of a residential building there in the early maps.

As early as 1931, the lot at 1748 N. Farwell Ave. was listed as the “Milwaukee Petroleum Co. Filling Station.” By 1940 it assumed the new identity of Royal Service Station, helping to perpetuate the misspelling of the street name in a grandiose way. [My colleague Carl Baehr explains the street was named after Isaac Royall, in a November 2020 Urban Milwaukee story.]

The new structure shows up in the 1955 City Directory as the Royal-Farwell Building. Its tenant roll sets a pattern of professional offices — largely lawyers and insurance agents (sometimes both) for years to come:

Also on the second floor was #204 Rendall Health Massage, ready to soothe the aching muscles of the professionals.

By 1960, the place has filled up, and there is a shop at the street level:

The building’s insurance tenancy reached its apogee in 1975 with a record five insurance agencies operating from within. (One independent agent, Walter R. Gustin, was to own the building until 1992 when he sold it for $615,000.)

In 1980 The Milwaukee County Economic Resource Development agency occupied much of the building, with Gustin using the back entrance for his clients. In 1990 it became the Technology Institute of Milwaukee, a branch of Control Data Institutes, a for-profit school  that ran from 1985-1991. The building since has served in a health care capacity, as offices for Phoenix Care Systems, Bell Therapy and other uses.

Although a reassessment of the property would of necessity remove the building from the tax rolls, the premium paid by Saint John’s for the property is likely to enter into the calculations of the assessor, as well as its revenue-producing value as parking. Yet, Saint John’s enjoys tax exemption for its other properties, which include hundreds of luxury apartments in its three towers, where the annual rent for an independent living unit exceeds the income of all but the highest-paid workers within. This issue has vexed assessors statewide.

For now, the property is taxable, and Saint John’s is responsible for the current bill, the first installment of which is due January 31st.

According to Chief Assessor Peter Bronek:

I have not seen a 2021 exemption application for this property. …  The few applications that have found their way to me are in the exemption cabinet.

Obviously, if we don’t receive an application by March 1 it is taxable for 2021.  If an application is received, a determination of the status will be made later in the year depending on whether or not the owner qualifies.

Stay tuned for drama! A similar issue regarding the exempt status of the new North Tower led to a tax bill of $482,243.81. against Saint John’s Communities, which it fought. It won its suit against the city, which the city has appealed.

Read this columns previous coverage of the Saint Johns development:  “Saint John’s Will Expand. Yet Again” 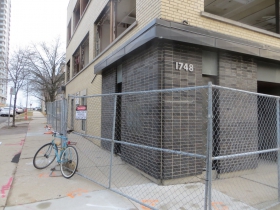 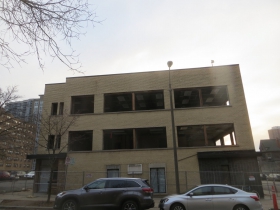 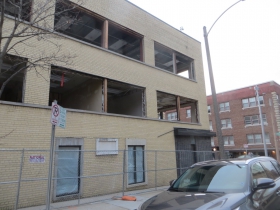 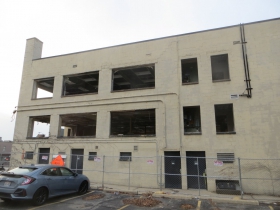 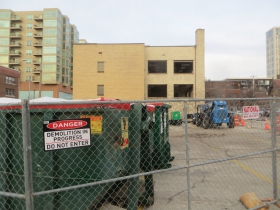 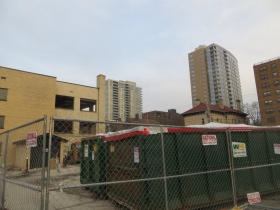 One thought on “Plenty of Horne: East Side Demo Underway for Saint John’s Surface Parking Lot”