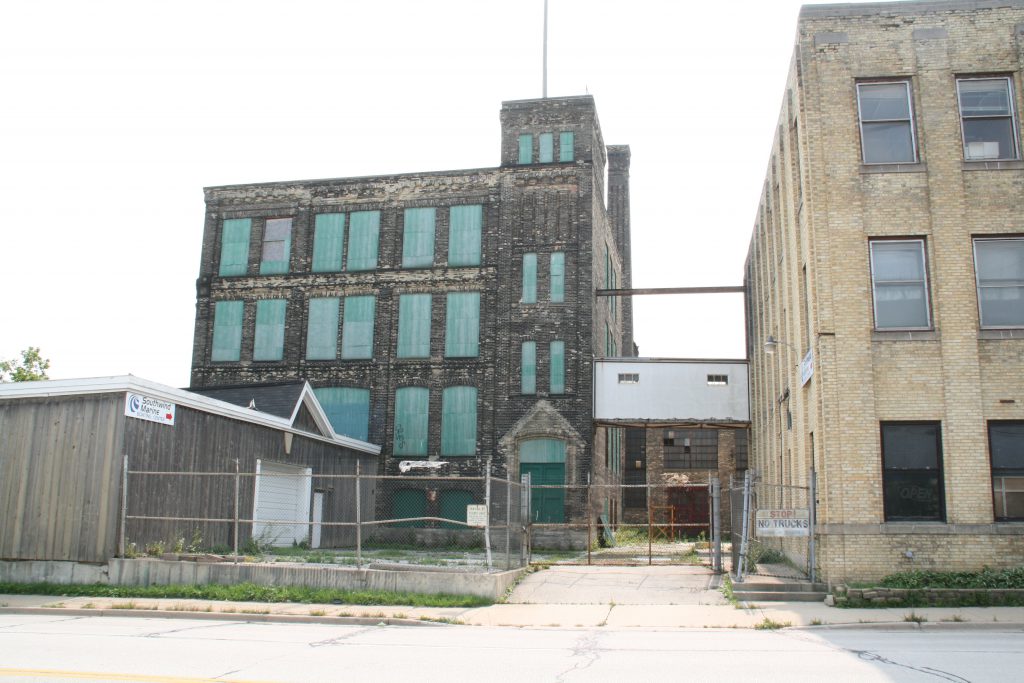 The Kenosha-based real estate company applied for a zoning change for the approximately 10-acre site to the city’s “Industrial – Mixed” zoning designation. This would allow the site to be redeveloped for a variety of uses including housing or commercial uses. The property is currently zoned “Industrial – Heavy.”

The site, which includes the former manufacturing campus and an adjacent abandoned railroad corridor at 123-127 E. Becher St., runs from E. Becher St. to E. Lincoln Ave. between S. 1st St. and the active Canadian Pacific railroad tracks. The long, rectangular site is accessible from both its north and south ends, but contains no accessible frontage on either its east or west sides.

A variety of structures, some dating back to the 1890s according to the Wisconsin Historical Society and Sanborn fire insurance maps, cover the site. Two brick buildings front E. Becher St., connected by a skywalk. Long shed-style structures stretch for almost the entire length of the site and were once used for manufacturing by Filer & Stowell. A subsidiary of the company sold the site in 1997. Filer & Stowell continues to operate at another site in Milwaukee, albeit at a reduced scale.

The zoning change request, submitted on the city’s standardized two-page application, does not contain any information on Bear’s plans for the properties. A section, labeled “please fill out to the best of your knowledge,” does not have any fields filled in for questions relating to new jobs, retained jobs, new housing units, new commercial and/or industrial space, renovated commercial and/or industrial space and private investment. The company is not applying for a Detailed Planned Development zoning change which would entail a design review process. The zoning change will need to be approved by the Common Council.

Bear has developed two properties in Milwaukee, both of which involved repurposing existing buildings. It developed a Homewood Suites hotel in the Button Block Building at 500 N. Water St. It also redeveloped a building at 700 W. Michigan St. into the 700 Lofts low-income housing apartment complex. The company has developed a number of new construction projects outside Milwaukee with a variety of uses.

Southwind Marine’s north yard, with direct access to the Kinnickinnic River, is not included in the proposed rezoning. Southwind Marine is led by Brian Read and companies affiliated with Read own all of the properties.

A representative of Bear did not respond to a request for comment by the time of publication.

The area around the Filer & Stowell site in Bay View‘s northwest corner has seen a substantial amount of development activity in recent years, led by Michels Corp’s $100 million River One development to the west. That project is under construction. To the east, the owners of Wheel & Sprocket bought and completed redevelopment this spring of a former Filer & Stowell machine shop, 187 E. Becher St., which now serves as headquarters for the company, office space for other tenants and this fall will be home to a Wheel & Sprocket bicycle shop. Also just east of Canadian Pacific railroad tracks is the Stitchweld apartment complex, completed in 2017. Wrapping up construction just south of the site is the MKE Urban Stables project at 143 E. Lincoln Ave. 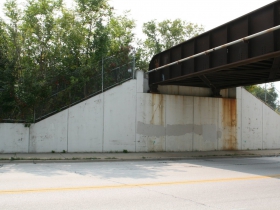