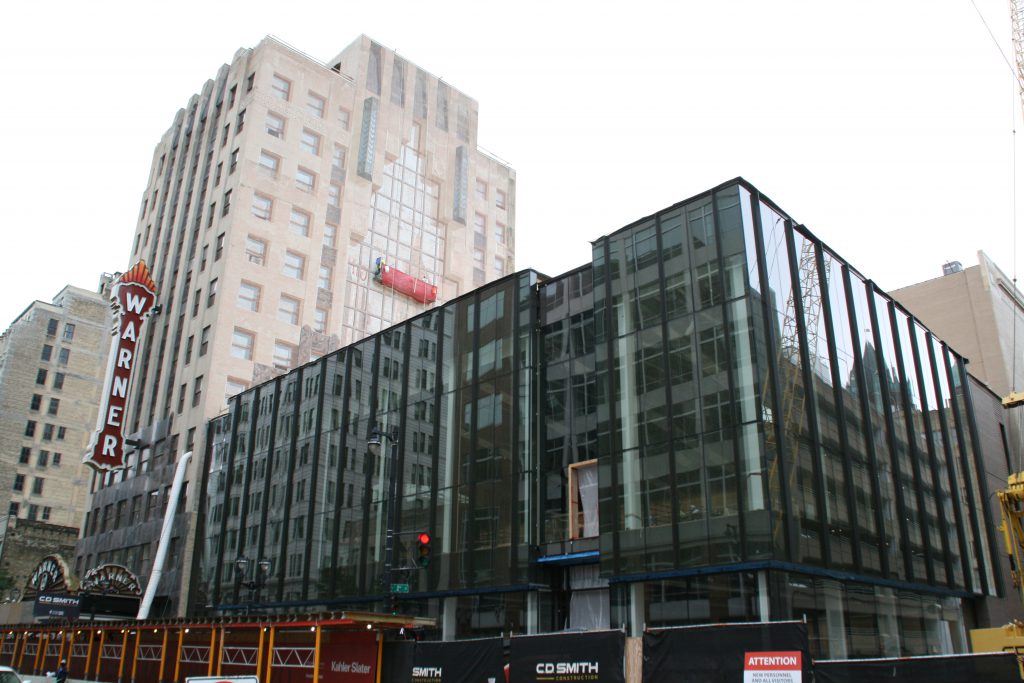 While construction moves towards completion on the Milwaukee Symphony Orchestra‘s Bradley Symphony Center, it still remains unclear when the public will get to watch a show in the $89 million complex.

Even without a global pandemic, the center’s opening would have been delayed.

On May 18, the We Energies steam tunnel system, which delivers steam heat from the Valley Power Plant to a number of downtown buildings, flooded following a rainstorm.

The basement of the Bradley Symphony Center was one of a handful of buildings that took on a substantial amount of water. We Energies’ own Public Service Building also was heavily damaged.

The damage to the symphony center, originally built as the Warner Grand Theatre in 1930, will delay the building’s opening until January. MSO had originally hoped to open the building in September.

Coupled with the pandemic, the symphony will host an all virtual season that kicks off in October and runs through the first half of 2021.

“After careful thought and consideration, both these challenges pointed us towards providing a certain, high-quality virtual experience for our supporters,” said MSO president Mark Niehaus in a statement in late August. A total of 16 performances are scheduled for subscribers and ticket holders.

A virtual season is just one more challenge the organization is tackling in the complicated project.

Niehaus played his trumpet on the stage of the former movie theater for over a decade as part of an acoustical test, a precursor to the MSO working to assemble the land and financing necessary to pull off the project. But the stage wasn’t going to be big enough for the entire symphony.

A specialized crew worked in 2019 to relocate a wall, weighing over 600 tons, 35 feet east into N. 2nd Street to accommodate a larger stage. The wall had to be moved in one piece, at a cost of $1 million, in order for the MSO to access over $19 million in federal and state historic preservation tax credits.

As part of accessing the tax credits, new signage had to mirror that which was previously there. Poblocki Sign Company installed a 52-feet-tall and 10-feet-wide sign in early May. A horizontal sign was installed in the following weeks.

Get a daily rundown of the top stories on Urban Milwaukee
The glassy lobby that now stands over the intersection of N. 2nd Street and W. Wisconsin Avenue took the place of a two-story building that was demolished in 2018. But that building wasn’t the first on the site, it replaced an office tower, but kept its foundation. The new lobby leverages the same foundation.

Behind the theater, a new structure appears complete from the outside. It is designed to mirror the look and feel of the historic theater. The structure holds a number of facilities not included in a historic movie theater, notably changing rooms for the musicians and a substantial number of restrooms.

The 12-story office tower that rises above the theater’s entrance at 212 W. Wisconsin Ave. will have five of its floors redeveloped into administrative offices for the symphony and other back-of-the-house space. The remaining space at the top of the tower is intended to eventually be sold to another developer.

Design on the project is being led by Kahler Slater. General contracting is led by CD Smith. 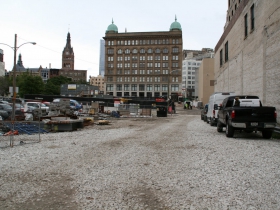 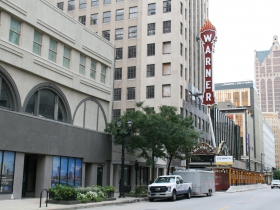 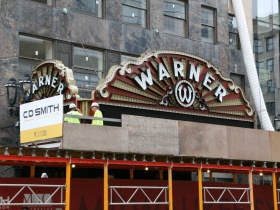 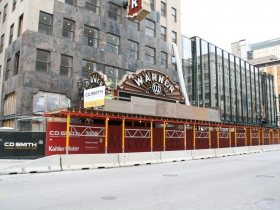 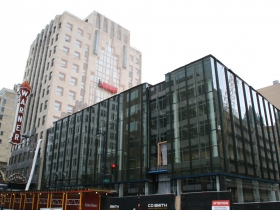 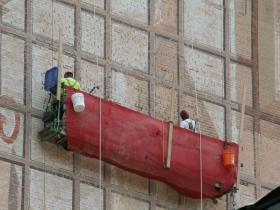 You can see inside the building in our February coverage and in the upcoming Doors Open Milwaukee virtual event.