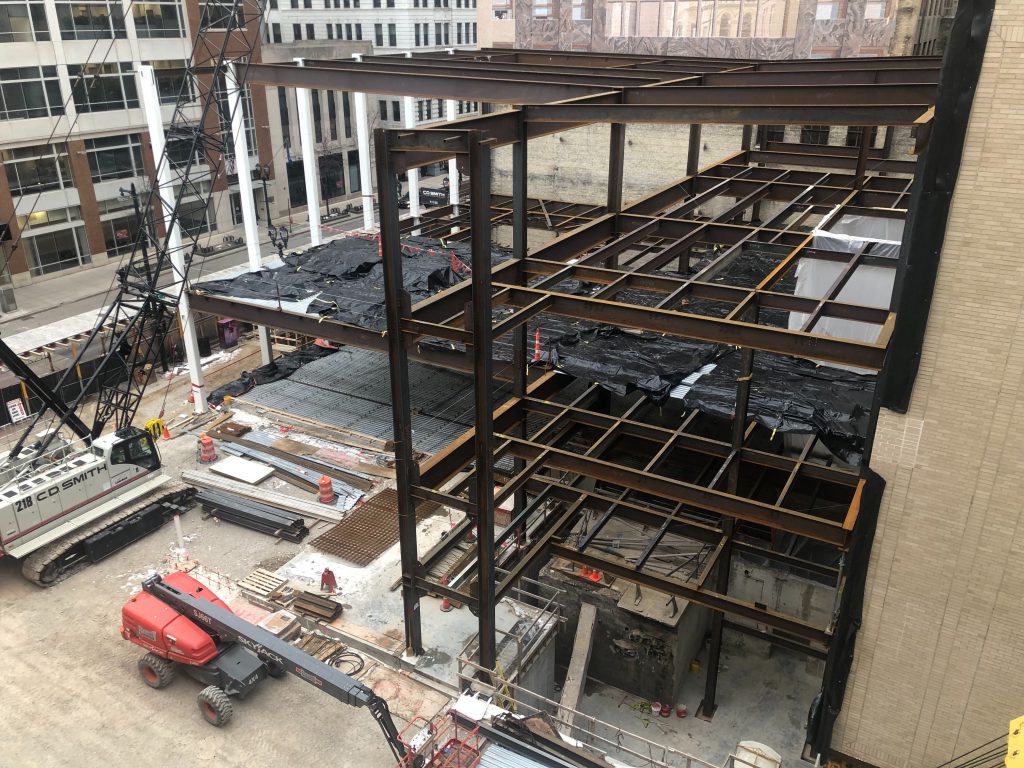 Having successfully moved a wall weighing over 600 tons 35 feet to the east, CD Smith has gotten down to the business of building the structure that will surround the Milwaukee Symphony Orchestra‘s (MSO) new $89 million home in the former Grand Warner Theatre.

A steel structure, which will eventually be home to a two-story lobby complex at the northwest corner of N. 2nd St. and W. Wisconsin Ave., is nearing completion. While we’re months away from the glass facade being complete, the steel framework gives a sense of the mass that the new building will project along Milwaukee’s main street. The new structure is built atop the site of the sushi restaurant that was demolished by the MSO, which itself was built on the site of a former office tower. All have used the same foundation, which is visible in a few of the photos.

Behind the theater a new brick structure is nearing completion that is designed to mirror the look and feel of the historic theater. The structure holds a number of facilities not included in the 1931 movie theater, notably changing rooms for the musicians and a substantial number of restrooms.

The two pieces bookend the theater itself, which will now have a stage large enough to host a full orchestra after the 100-foot-wide, 86-foot-tall wall was relocated (with the help of Dove soap). Many of the bricks removed to enable the wall to be moved have been reinserted and an extension of the theater’s wall structure has been completed reuniting the back wall with the rest of the theater.

The design of the project is being led by architecture firm Kahler Slater, which has its offices only a block to the east.

The 12-story office tower that rises above the theater’s entrance at 212 W. Wisconsin Ave. will have five of its floors redeveloped into administrative offices for the symphony and other back-of-the-house space. Remaining space at the top of the tower is intended to eventually be sold to another developer.

The city allocated $6.25 million to the project, including for the rebuilding of N. 2nd St. A substantial amount of that will go towards rebuilding eight underground utilities that would otherwise end up underneath the expanded building. N. 2nd St. will become a one-way southbound street as part of the project. The city has hired Benesch, TKWA UrbanLab and SmithGroup to redesign the street into a pedestrian-friendly corridor from W. Wells St. at Postman’s Porch to W. Clybourn St. 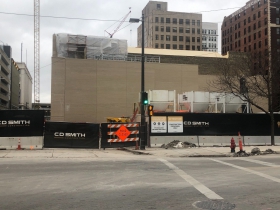 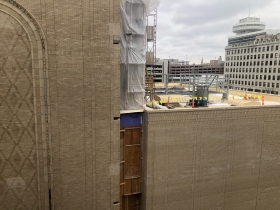 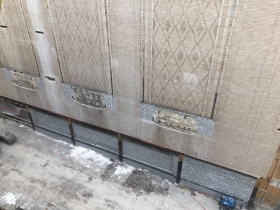 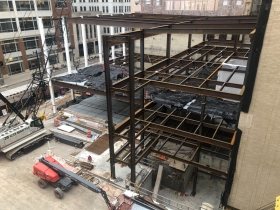 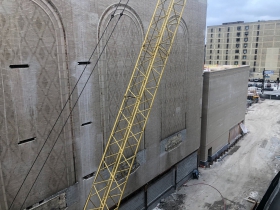 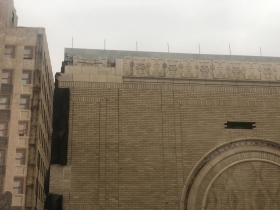