Streetcar Ridership Up in December 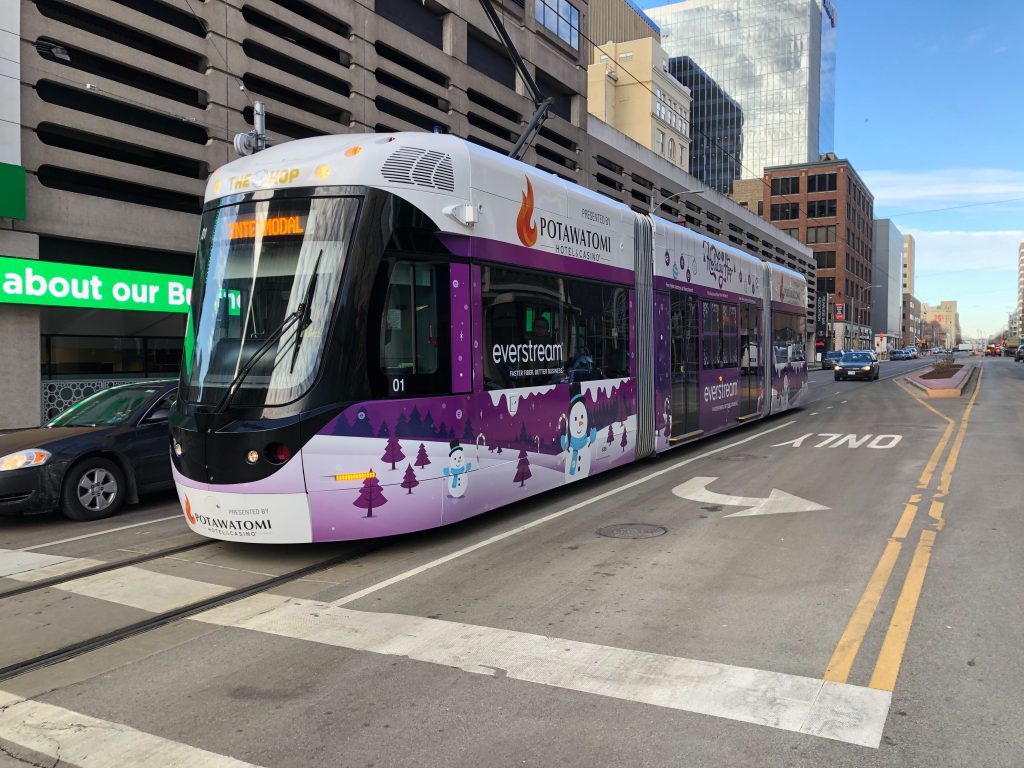 The Hop ridership got back on track in December, exceeding ridership estimates and beating November’s total.

The 2.1-mile system provided 1,977 rides per day in December, a 210-rides-per-day increase over November.

Ridership was down 19.5 percent compared to December 2018 (2,456 rides per day), the system’s first full month of operation. But that drop is still an improvement over the 28 percent drop seen in November year-over-year ridership.

The system beat annual ridership expectations in December by 177 rides per day. The city estimated 1,800 daily rides for December 2019 as part of the system’s 2011 environmental impact statement.

Ridership is tabulated by automatic passenger counters embedded in the doors of the vehicles. Daily ridership data is available on the system website.

Upcoming months will provide better insight into the system’s cold weather ridership. The automatic passenger counting system failed in at least one of the vehicles during February 2019 yielding incomplete data. And January, which featured a prolonged cold stretch that closed a number of schools and businesses, recorded only 1,560 daily rides.

The Hop is free to ride as a result of a three-year federal operating grant and a $10 million, 12-year sponsorship agreement with Potawatomi Hotel & Casino. An additional $90,000 was contributed by business network services provider Everstream, with a holiday-themed, Everstream-branded streetcar operating on the route during the promotion.

A procurement process is ongoing for a kiosk system with real-time arrival data and advertising at each station. City officials estimated that revenue from the kiosks would allow the system to continue offering rides for free.

“At approximately 4:30 p.m. Monday, a southbound streetcar went partially off the track on Broadway at St. Paul Ave. at the switch while attempting to reroute to eastbound St. Paul Ave. to avoid an automobile blocking the guideway on westbound St. Paul Ave. While reversing the streetcar to return the streetcar to the tracks, the contact wire got hooked under the pantograph. Service was interrupted while a crew de-energized the wires, deployed a bucket truck to safely access the point of contact, and ultimately returned the vehicle back on the track. All passengers had been safely deboarded. Service resumed shortly after 7 p.m. The operating procedures are currently being evaluated and any corrections will be made before rerouting at this location again,” said the Department of Public Works in a statement.

It was the second derailment the system has experienced. A July derailment caused a 40 minute delay when a vehicle derailed at a switch near N. Vel R. Phillips Ave. and W. St. Paul Ave.

One thought on “Transportation: Streetcar Ridership Up in December”