Visions of the Harbor District’s Future 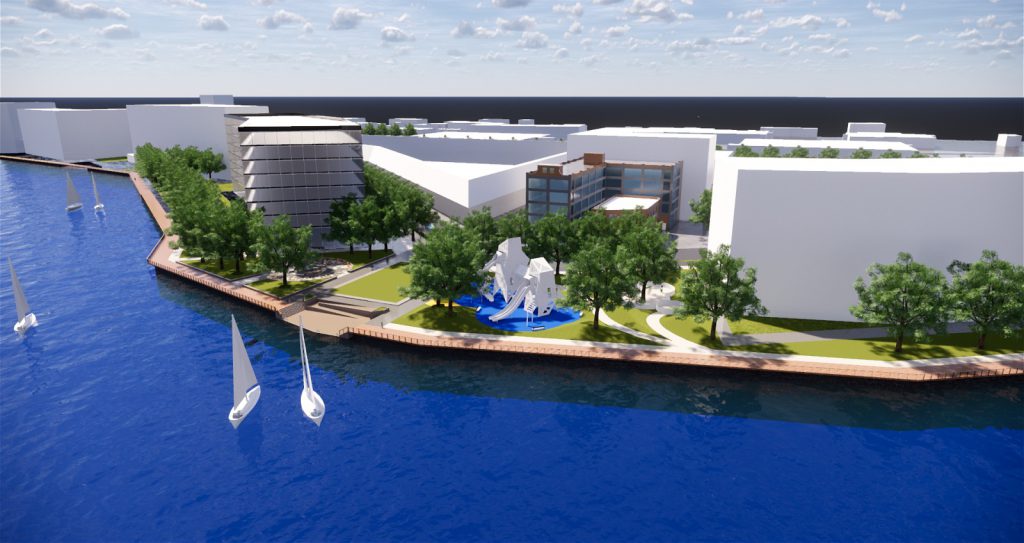 UW-Milwaukee School of Architecture and Urban Planning students will present their visions for the future of the Harbor District at an open house Tuesday evening.

The students, a mix of undergraduate and graduate, will present their work on what a stretch of S. Water St. from approximately E. National Ave. to E. Florida St. could become.

“The goal of the Urban Design studio is to create ideas that will activate the waterfront and continue the transformation of the surrounding areas,” said professor Carolyn Esswein via email. A total of 14 projects will be presented.

Plans include a mix of housing, offices, a boutique hotel, retail space, entertainment venues and educational space. “The architectural students are learning about the urban design scale and how buildings and public spaces are key to developing vibrant neighborhoods,” said Esswein.

The UWM studio program has a history of kickstarting real-world action, including the demolition of the Park East Freeway and the creation of O’Donnell Park. In December students unveiled designs for the redevelopment of the Marcus Center for the Performing Arts parking garage site into a home for the Milwaukee Public Museum and Betty Brinn Children’s Museum.

The Harbor District, a portion of which the design studio program has previously studied, is set to see dramatic change in the coming years. Michels Corp. has begun construction on a $49-million office complex that is planned to eventually include apartments and a hotel. Komatsu will relocate its mining division from suburban West Milwaukee to the Solvay Coke site on E. Greenfield Ave. as part of a $285 million deal. Wangard Partners is planning an approximately 200-unit apartment building along the Kinnickinnic River.

The city has partnered with the non-profit Harbor District organization to engage in a broad water and land use plan for the area that focuses on connectivity and identifying opportunities to connect new businesses and Walker’s Point residents to the water. The plan also examines how to ensure existing businesses that rely on the water are not pushed out.

Planning is also underway for an extension of the Milwaukee RiverWalk system in the area. 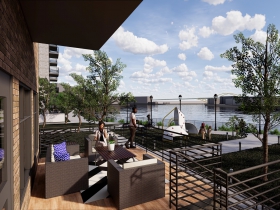 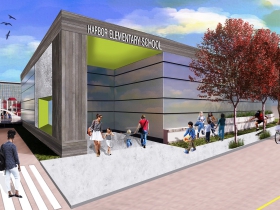 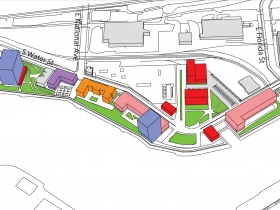 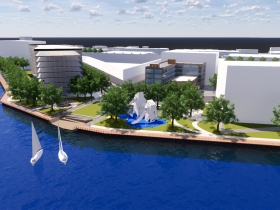 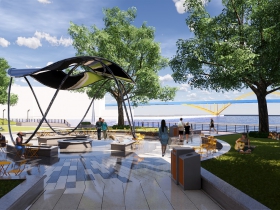 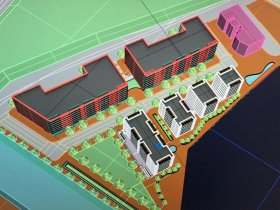 One thought on “Eyes on Milwaukee: Visions of the Harbor District’s Future”