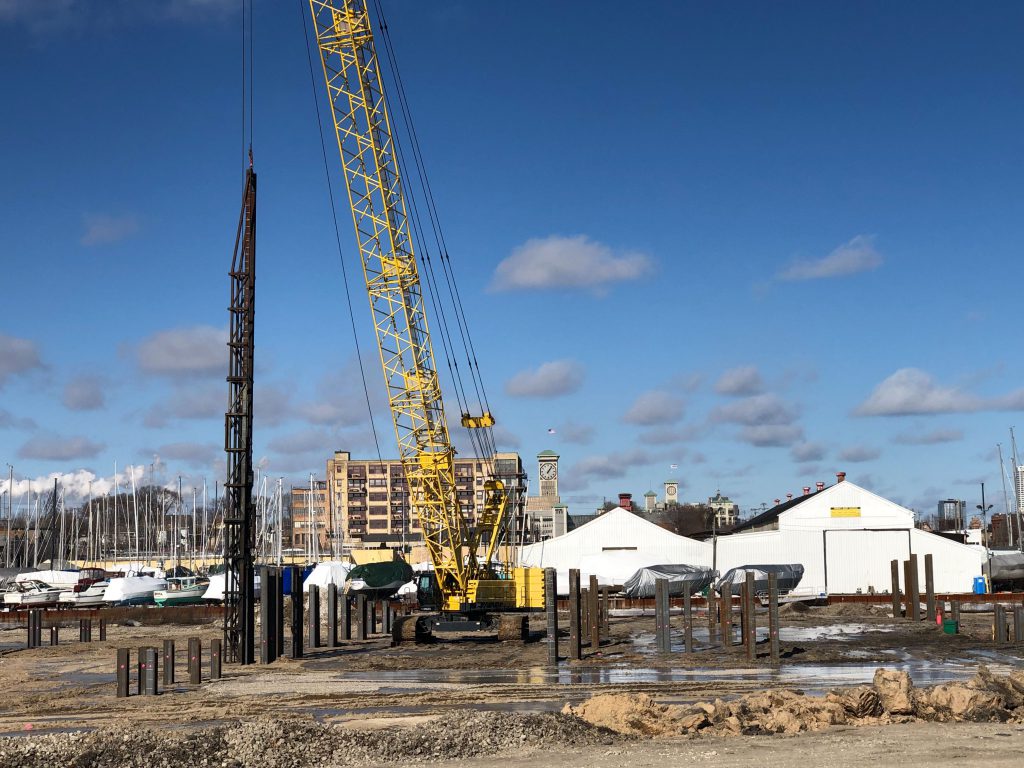 Construction of River One. Photo by Jeramey Jannene.

Without a ceremonial toss of dirt for the cameras, construction has begun on the first phase of Michels Corp.‘s $100 million River One development plan.

Going up at the northwest corner of the intersection of S. 1st St. and W. Becher St., the $49 million first phase is planned to include an eight-story, office building, parking garage and riverwalk segment along the Kinnickinnic River. An apartment building, hotel and two more office buildings are also planned, along with a number of first-floor and riverwalk commercial spaces.

Michels, an infrastructure and utility contractor whose equipment can usually be spotted on other construction sites, appears to be doing much of the work in house so far. Gilbane Building Co., however, is serving as the project’s general contractor. A permit on file with the city indicates the only construction work on the site to date is for the 500-stall, underground parking garage that accompanies the first phase.

Michels, which is headquartered in rural Brownsville just outside of Fond du Lac, will anchor the office building with its new civil infrastructure division. Many of the positions in the 250-employee division will be in engineering or other highly-technical fields. “People that, quite frankly, are easier to recruit in Milwaukee than other places,” said Michels’ Chief Legal Officer David Stegeman in September. Firm vice president Tim Michels said in August that he hopes the firm will eventually employ 800 people at the site.

The company has more than 5,000 employees according to company officials. The company’s website boasts that the firm has over 12,000 pieces of equipment and 40 locations.

Architecture firm RINKA is leading the complex’s design, including the ever-expanding first office building. Originally planned at 130,000 square feet, RINKA project manager Ryan Pliska confirmed via email in December that the building is now approximately 30 percent larger, with 26,000-square-foot floor plates planned for much of the eight-story building.

The Common Council approved a $7.1 million tax-incremental financing district for the project’s first phase in December, but none of the funds will go towards the developer in the form of a cash incentive.

Urban Milwaukee broke the news that the company was planning a major development for the site in late May, but the project was not formally announced until August.

River One, located at the northwest corner of Bay View, is one of many projects underway in the neighborhood. Just a few blocks to the east, New Land Enterprises has started construction on its 144-unit apartment building known as The Beacon. 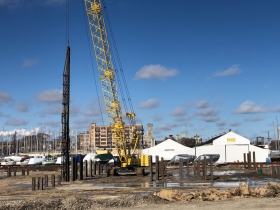 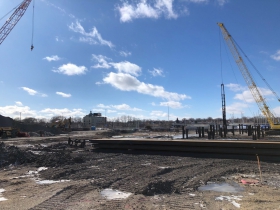 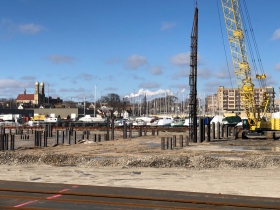 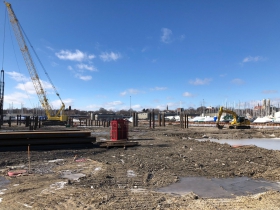 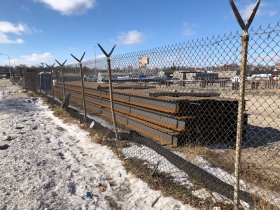