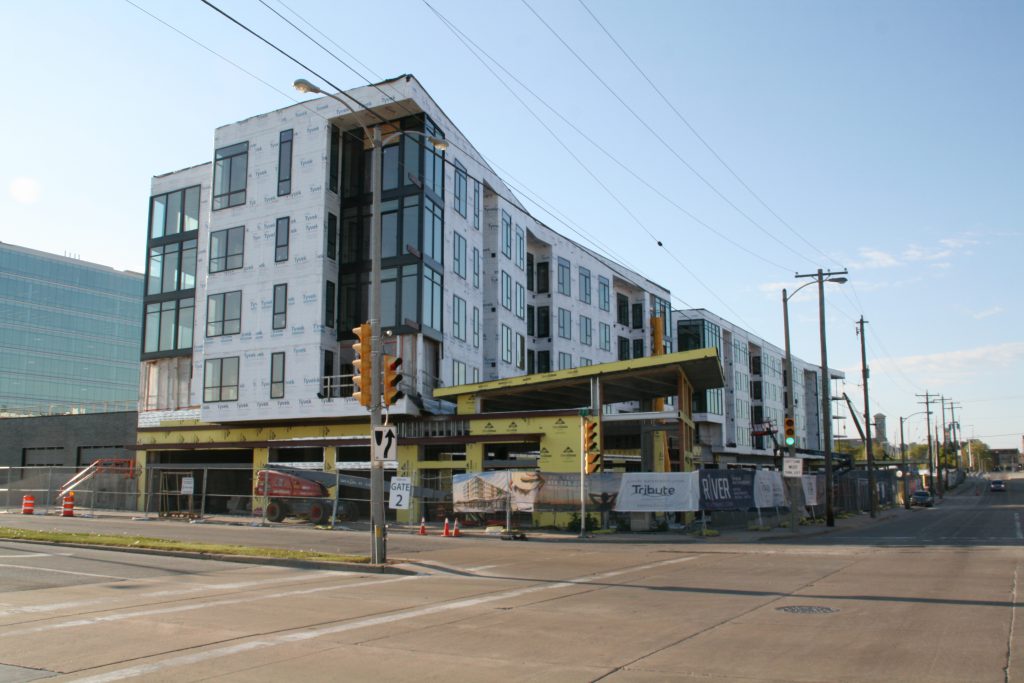 Tribute Apartments at River One. Photo by Jeramey Jannene.

Much of our coverage of the River One (or R1VER) development has focused on the glass-clad, eight-story office building. But a second building in the $100 million development is already nearing completion.

The 95-unit Tribute Apartments will anchor the east end of the complex, running along S. 1st St. from W. Becher St. to the Kinnickinnic River.

Pre-leasing is underway on the “luxury waterfront living” complex, with the first units scheduled to be available this fall. A leasing website for the five-story building touts penthouse units, convenient access to the two commercial stalls, direct riverwalk access, private boat slips and the park space that separates it from the office building.

The apartment building is actually two structures connected by a multi-level skywalk structure. The northern building has a restaurant space directly on the riverwalk. The southern building has a commercial space protruding from it that anchors the corner of S. 1st St. and W. Becher St.

The apartments are a mix of one- and two-bedroom units. “Live your life, on the river, minutes from it all,” says a sign hanging on a construction fence. The Harbor District site is just northwest of Bay View‘s S. Kinnickinnic Avenue main street, south of Walker’s Point and east of Lincoln Village.

Infrastructure contractor Michels Corp. is the master developer of the six-acre development and will anchor the office building with its new civil infrastructure division.

A December propane explosion in the 1,052-stall parking structure that spans the site resulted in demolition of the portion of the structure between the apartment and office buildings. But that work has turned from demolition to reconstruction as a replacement concrete structure is rising.

Get a daily rundown of the top stories on Urban Milwaukee
Along W. Becher Street, landscaping was installed in the terraced, hardscape park that covers the partially-underground parking structure. The space is no doubt a future favorite of the dogs that will live in the building.

A hotel and an additional office building are also planned. Tim Michels said in September 2019 that the company found an operating partner for the hotel, but didn’t announce the company’s name. Site plans indicate it would be located in the southwest corner of the development site along the river and W. Becher Street. The website references it as a 125-room hotel.

Michels is already making another investment in the area. The company is launching a marine division approximately one mile to the east. It’s leasing 17.4 acres of the city’s Grand Trunk site at 632 E. Bay St. for an initial term of 20 years, and with the potential for a period of up to 99 years. It anticipates creating 100 jobs according to an application filed with the city. 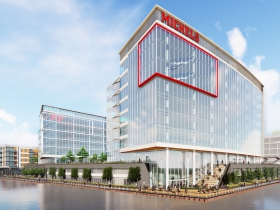 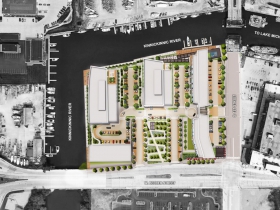 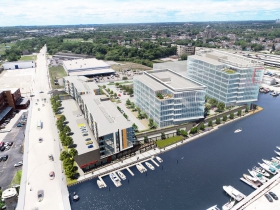 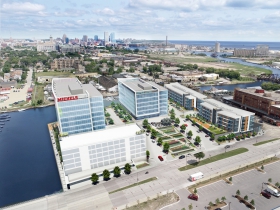 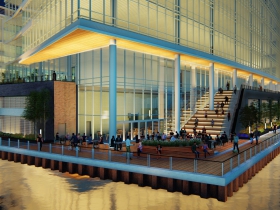 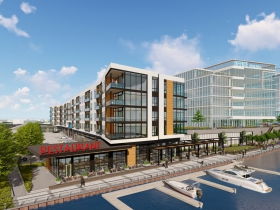 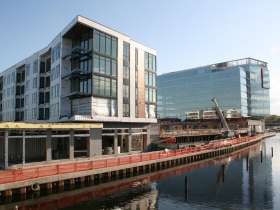 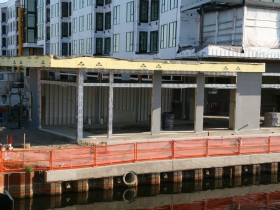 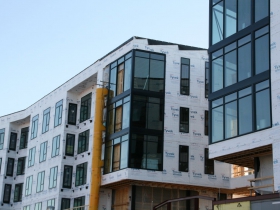 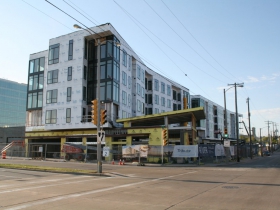 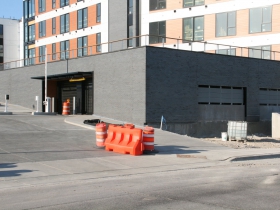 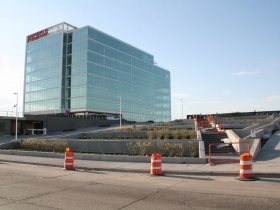