Plus: Bartolotta opens Mckinley Round House on the lake, two new restaurants at St. Kate's.

The opening menu will include options including fresh oysters served alongside accompaniments including mignonette, lemon and horseradish (market price); king crab legs served with drawn butter or cocktail sauce ($52/lb; and a ceviche of the day served with tortilla chips ($13).

Crossroads Collective opens at 11 a.m. daily. The food hall closes at 9 p.m. Monday to Thursday, 10 p.m. Friday and Saturday and 8 p.m. on Sunday. 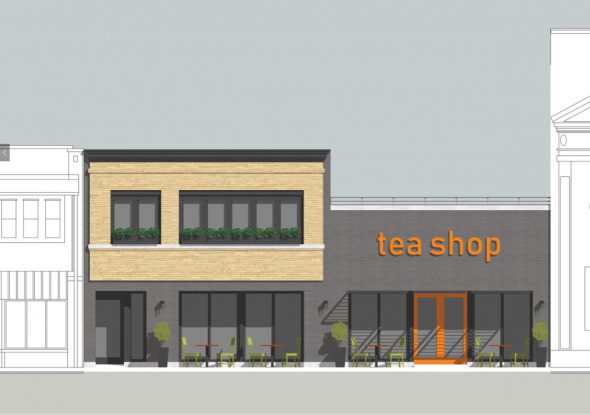 The company Urbal Tea will open its first brick-and-mortar cafe. The company was started by Nick Nowaczyk in 2014, and currently sells teas online and in grocery stores. The cafe would be located at 3060 S. 13th St. Developer Ryan Pattee hopes to purchase and renovate the building, and will partner with Tredo Group for the development. Pattee also redeveloped the building that houses Bittercube Bar and Bazaar (4828 W. Lisbon Ave.), which opened in October 2018.

Pattee would pay the city $50,000 for the property as part of a deal approved Tuesday morning by the Common Council’s Zoning, Neighborhoods & Development Committee. The city acquired the building through property tax foreclosure in September 2016.

The property is located at 3060 S. 13th St., just north of W. Oklahoma Ave. The building, which was most recently used as a nightclub, contains 5,125 square feet of space according to a city report. The building was constructed in 1922 according to city records…

According to a city report, Pattee is expected to invest $197,000 in renovating the property, located in the city’s Polonia neighborhood.

Moosa’s, a burger-and-custard stand, has been announced as the new operator of the former Northpoint Snack Bar (2272 N. Lincoln Memorial Dr.). Owner Alaa Musa also operates the Casablanca locations on the East Side (728 E. Brady St.) and in Brookfield (17800 W. Bluemound Rd.).

The Journal Sentinel’s Carol Deptolla provides this take on the stand:

Besides burgers, frozen custard and lightly fried chicken wings, the stand will have items such as hot dogs, corn dogs, french fries, shakes, sundaes and the vegan Impossible-brand burger.

“We have quite a bit of vegan clientele that we don’t want to leave out,” Musa said.

Musa hopes the stand will open by June 15, and will remain open until October or November, weather permitting. Moosa’s plans to be open 11 a.m. to 8 p.m. daily.

The Bartolotta group assumed operations of Northpoint in 2009. Last year, after Milwaukee County made requests for bids to operate the stand for five years, requiring $60,000 minimum a year for rent. However, Bartolotta and Milwaukee County came to an agreement to extend their partnership for one more year.

Now, Bartolotta has announced that they will instead operate the McKinley Marina roundhouse, at 1750 N. Lincoln Memorial Dr.

Deptolla provides some plans for the roundhouse from Joe Bartolotta:

…the Bartolotta group said it plans to create “a beer-garden type space that takes advantage of the location and natural surroundings.” The group still is finalizing food and drink options, but Bartolotta said he expects it would have mixed drinks in addition to beer. The location previously did hold a liquor license, which Northpoint Custard does not.

“You’re right on the water,” Bartolotta said of the roundhouse. He envisions picnic tables and lights strung over the space for outdoor seating.

Pending approval from the Milwaukee County Board, Bartolotta hopes to have a soft opening this summer. A grand opening is expected to take place sometime in 2020, with hopes of being fully operational before the 2020 Democratic National Convention.

Come May, Von Trier (2235 N. Farwell Ave.) will have a new owner, but changes to the business will be minimal. Mark Zierath will take the reigns from current owners John and Cindy Sidoff. Zierath also operates Jackson’s Blue Ribbon Pub (1203 N. 10th), and is opening Ella’s Public House in the Town of Genesee in May. Zierath’s father, Ron Zbleski, also previously owned Von Trier.

Deptolla spoke with Zierath about future changes to the bar:

“The concept, the name, the look, the feel, everything is staying the same,” Zierath said. The kitchen, though, will be expanded to accommodate a bigger menu, including sandwiches and a Friday fish fry of beer-battered cod, plus perch or bluegill, and a weekly fish special…

Expanding the kitchen would mean either moving two bathrooms or giving over the enclosed deck to the project. Von Trier would retain its beer garden.

In 2017, the Sidoffs announced plans to transform Von Trier into an upscale cocktail lounge. After an “outpouring of support” from the community, the two opted to make some updates to the bar while keeping the German theme. Von Trier closed briefly in January 2018 for renovations, and was up and running again by mid-February of the same year.

The second floor will be home to Aria Cafe & Bar and Giggly Champagne and Wine Bar. Milwaukee Business Journal’s Sari Lesk writes about the menus at both:

The café will be located on the second floor of the hotel, serving American cuisine like blueberry granola pancakes, house-made corned beef hash, the Big Boy Burger and Amish chicken.

In addition, Giggly Champagne and Wine Bar on the second floor of the hotel will serve champagne and international sparkling wines by the glass and bottle, plus cocktails, beer and bar bites.

The food and beverage programs are curated by Food and Beverage Director Brent Hockenberry and Executive Chef Aaron Miles. Saint Kate is slated for a spring opening.

Smyth, the restaurant inside the Iron Horse Hotel (500 W. Florida St.), will close on May 1 and will be replaced by a new restaurant concept. In fact, DanDan owners Dan Jacobs and Dan Van Rite have been brought on to revamp the hotel’s entire food and beverage program. The hotel announced on April 4 that JVR Group, a hospitality business run by Jacobs and Van Rite, has been hired for the endeavor.

Set to open in late June, that new concept will replace the hotel’s main restaurant, Smyth, which will close on May 1 for renovations to the space. Details about the concept, including its name, will be announced in the coming weeks.

By late May, Jacobs and Van Rite will roll out new menus for the hotel’s lobby-level cocktail bar, called Branded, and its seasonal outdoor dining venue, The Yard.

Along with DanDan, Jacobs and Van Rite also operate the Third Ward’s EsterEv and Fauntleroy.