Plus: Insomnia Cookies to open in Bay View, and is a brewery coming to North Avenue?

While North Avenue has seen a slew of restaurants and bars come and go in recent years, Von Trier will not be one of them. The bar (2235 N. Farwell Ave.) will stick to its German roots after all, and will not become an upscale cocktail lounge as previously planned.

One of Von Trier’s owners, John Sidoff , says the new arrangement comes after a staggering “outpouring of support, visitors and personal messages.”

The owners, John and Cindy Sidoff, say in their release Tuesday that they’d collaborate on operations with Wes Shaver and Mike Sorge, owners of Black Sheep restaurant and bar, along with The Schwabenhof, “another Germanic Milwaukee institution…”

Plans for remodeling the place will still go forward, but the change in theme will not. The release says it will remain open through early January 2018 “before undergoing renovations and updates,” and then will reopen in early February. Shaver and Sorge plan to implement changes such as a tap wine system and food menu including sausages, sandwiches and “shareables.” Also planned is a Friday fish fry accompanied by live polka music. 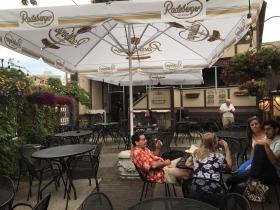 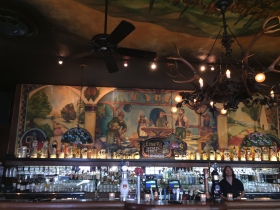 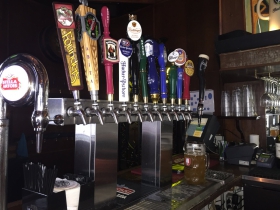 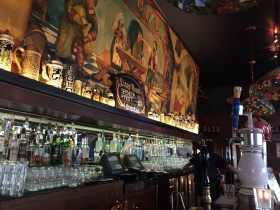 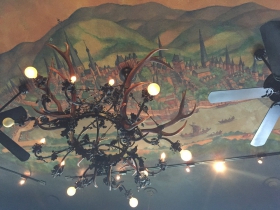 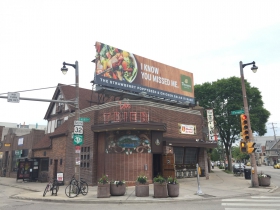 Late night snackers in Bay View will soon be able to enjoy warm, fresh cookies without leaving the comfort of their homes.

According to a press release issued by real estate firm Founders 3, Insomnia Cookies has leased a location at 2221 S. Kinnickinnic Ave.

The Bay View location will be the second in the Milwaukee area, with the first being at 1804 E. North Ave. Insomnia Cookies delivers dessert items such as cookies, brownies and cookie cakes to homes and businesses. According to their website, most locations deliver from 10 a.m. to 3 a. m. every day.

It was announced in March that Osteria would be making a return after six years by opening at 330 E. Kilbourn Ave. Founder Marc Bianchini has revealed he is planning to launch the Italian restaurant in spring.

The eatery will serve high-quality food as it did at the old Osteria. As for other plans for the restaurant, Bianchini has kept most of the details under wraps by making mysterious promises.

According to Melanie Lawder of Milwaukee Business Journal, Bianchini had this to say about the new Osteria:

“The way it is laid out is something very unique,” he said. “(It will feature something) that no other restaurant in town is going to have…”

Bianchini promises that Osteria — which was his first dining spot — will amaze guests once it reopens; after a long respite, the restaurant will return “with a vengeance,” he said.

“I have no problem setting completely high expectations, because we’re going to exceed them,” he said.

Osteria Del Mondo closed in 2011 after spending 17 years at the Knickerbocker Hotel. Bianchi and his wife Marta also own Cubanitas and Indulge.

The LLC’s proprietor Kendall Breunig is keeping options open for the space, but has some ideas based on the building’s characteristics. The Journal Sentinel’s Tom Daykin details:

Around half of the building, initially used by Dairy Distributors Inc., features glazed block interior walls and quarry tile floors, Breunig said. That makes the space a good use for a beverage or food maker, such as a craft brewery.

Also, he hopes to restore the building’s “milk bar,” where Dairy Distributors’ customers could drink a glass of milk. Around 1,000 to 3,000 square feet of that space could be restored as an ice cream or frozen custard shop.

Breunig is also involved in the redvelopment of the Pritzlaff Hardware Co. buildings downtown. According to the article, the warehouse could ultimately be used as storage as Breunig has nine EZ Self Storage centers in Milwaukee.

The cocktail lab known as Dock18 will no longer have a permanent home at the Lincoln Warehouse (2018 S. 1st St.). The bar, which currently operates in the tasting room at Twisted Path Distillery, will focus on pop-up events in various cities such as Milwaukee, Madison and Minneapolis after it closes on November 18. Brian Sammons, Twisted Path’s founder, plans to open a larger tasting room on December 2.

According to the Journal Sentinel, Sammons says the new tasting room will have a large sign “so people can find us, finally.” Carol Deptolla has more details:

That tasting room, in space next to Enlightened Brewing, will have seats for 40, plus standing room and a stage for occasional live music…

With two overhead glass doors to open in summer and an entrance from the street, the new tasting room will provide more visibility for Twisted Path.

From November 1 until its close, Dock18 will also bring back past drinks and retired liqueurs. Deptolla reports:

The “Greatest Hits” menu of six drinks will include Ghost in the Shell (Twisted Path dark rum, Dock18 cocoa nib liqueur, egg and  Bittercube cherry bark vanilla bitters) and the One Inch Punch (Twisted Path Gin, celery, kiwi and pear seed tincture and Bittercube orange bitters). Drinks are $10. Dock18 also has a tasting that’s four half cocktails and one liqueur for $25, and a grand tasting that’s six half cocktails and two liqueurs for $40.

Vegans can rejoice as they now have more dining options in Milwaukee. Urban Beets (1401 N. Martin Luther King Jr. Dr.) now offers brunch, happy hour and table service dining after 5 p.m. Owner Dawn Balistreri has added a larger dining room next to the cafe, bumping up seating from 15 to 50.

Carol Deptolla fills us in on new items being added to the menu:

Urban Beets is adding appetizers such as nachos and a vegan take on crabcakes, and will offer discounts on appetizers and drinks from 4 to 7 p.m. Tuesdays, Wednesdays and Fridays. The bar has craft beers, including two on tap, and organic wines.

Weekend brunch is due to begin in about a month, with items such as waffles and oatmeal added to the menu.

On the new all-day menu are dishes such as “pulled” barbecue carrot on a pretzel bun ($8) and a buddha bowl ($8.75) with quinoa, spinach, pineapple and chickpeas with jerk seasonings, topped with mango dressing.

The Avalon Theater (2473 S. Kinnickinnic Ave.) will be sharing its building with Mistral, a new restaurant expected to open by the end of the year. The new neighbor will accompany Avalon’s upgrade to their menu, which will feature food made from scratch rather than pre-made items. The Sheridan’s Joe Schreiter will be the chef at Mistral, and he is also revamping the Avalon’s old menu.

The Journal Sentinel’s Carol Deptolla tell us more about the restaurant’s opening:

The upscale Mistral is expected to open by early December, possibly as soon as mid-November, Schreiter said.

The menu will have about a half-dozen each of small plates and main dishes, plus a few desserts. It will feature seafood, including fish such as mackeral that’s served less often in restaurants, along with other meats on the menu.