Artisansal bitters manufacturer moves its plant and bar from Bay View to 48th and Lisbon. 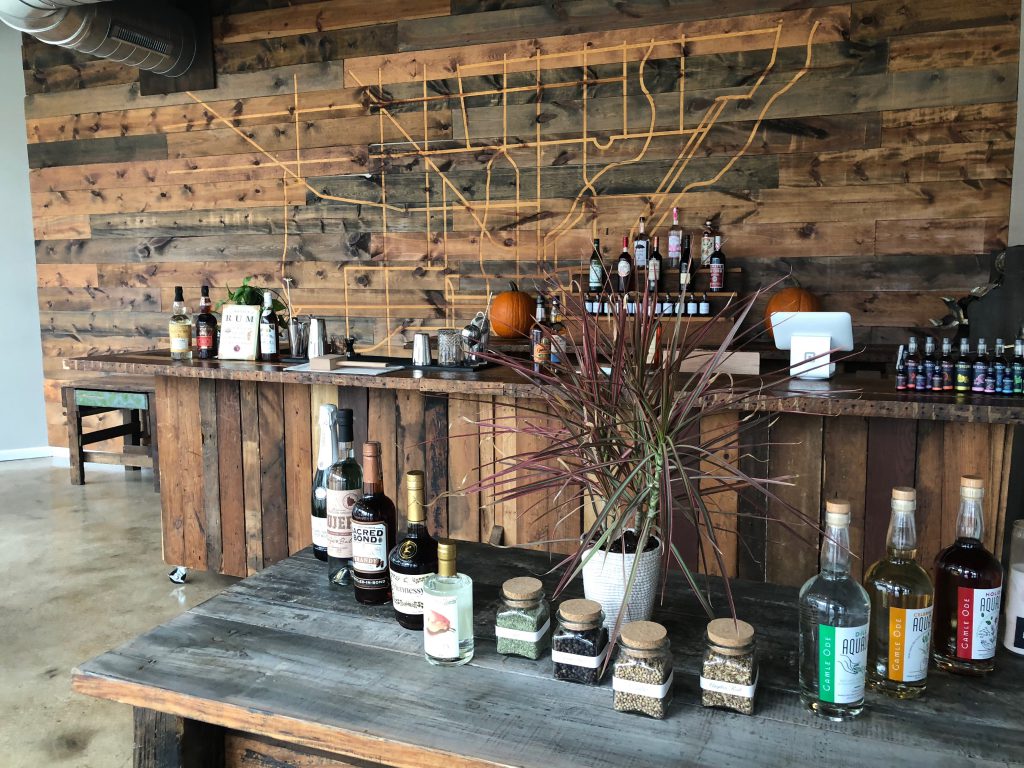 Bittercube Bar & Bazaar, an artisanal bitters and elixir manufacturer, has moved across town.

Bittercube is now open at 4828 W. Lisbon Ave. The space, which contains a new manufacturing facility and tasting room, held a grand opening on October 27. The company previously occupied the Lincoln Warehouse at 2018 S. 1st St in Bay View, nearly eight miles away.

Proprietors Ira Koplowitz and Nick Kosevich started the company in 2009. While Kosevich is still involved with the company, he recently moved to Minnesota, leaving Koplowitz in charge of the Wisconsin headquarters. At an event on November 15, Koplowitz spoke about the company’s desire to have a larger presence in Milwaukee.

“When I first walked into Lincoln Warehouse it felt like home,” says Koplowitz. “It was the same with this new building.

Lincoln Warehouse gave Bittercube 2,900 square feet to work with, but Koplowitz says the company started thinking about their next move when the space started to fill up. Last year, Bittercube sold nearly 200,000 bottles of bitters and between 50,000 and 60,000 bottles of elixir. This year, they are on pace to double elixir sales, with bitter sales growing as well.

On top of that, the team desired their own space with their own bar. While there was a bar at the now-closed Dock18 Cocktail Lab, the tasting room was a collaboration with Twisted Path Distillery and did not belong solely to Bittercube.

The company started looking at locations in Bay View and Walker’s Point. They soon realized the size of investment needed for a larger space in those neighborhoods was too much for them at the time. “We started to see this vibrant community,” Koplowitz says about the Lisbon Ave. location. “It’s not far, it’s easy to get here.”

Bittercube Bar & Bazaar is aptly named, as patrons will find exactly that when visiting. The Bazaar, Bittercube’s first retail space, is located at the front of the building, and is the first part patrons will encounter during a visit. Bitters, cocktail tools and other merchandise are on display and available for purchase.

The bazaar is every bit a classroom as it is a sales floor. It comes equipped with a bar, handmade by Koplowitz for his own wedding. Customers can try the tools that are for sale, and learn how to craft cocktails from the bazaar staff, who are all bartenders. In the future, the bazaar will also host a variety of classes centered around cocktail-making. Koplowitz emphasizes Bittercube’s goal of being “the cocktail education hub” in the city. “Really what this whole building is about is education,” Koplowitz says. “This is a place people can come ask questions and not feel stupid or silly.”

The bar and tasting room is all about the cocktail-making experience. The modern furniture and art are paired with sleek bar equipment. No spirits are displayed behind the bar, drawing the focus towards the bartenders themselves. A blue light under the bar gives it “lab-feel,” underscoring that the bar is an extension of Bittercube’s involvement at Dock18. The bar’s manager is Brandon Reyes.

The drink menu offers cocktails from five categories. Tailor Made Apothecary and Selections from Bazaar offer seasonal selections such as the Milwaukee Mule (Modest Vodka, pineapple, papaya, cayenne, spearmint) and the Rare Old Fashioned (Japanese Whisky, Okinawa Kokuto syrup, Bittercube Trinity Bitters). On the Fly! Couriers and Bittercube Consulting offer drinks that have been made for other bars or have been developed in collaboration with other bar teams across the country. The Dock18 category offers favorites from the former tasting room, like the Low Tide (purple carrot and celeriac infused Bombay Sapphire, Dolin Dry Vermouth, Sea Brine Granita, Modest Bitters Batch No. 3). The menu also features Cream City Brix, an Enlightened Brewing Company Cream Ale seasoned with Bittercube Bolivar and Orange Bitters.

The new facility marks a time of expansion for Bittercube. Also located in the building are a conference room, small office rooms and a kitchen space, where the company will be manufacturing its current products while also testing new ones. Bittercube plans to launch bitters sales in the European Union next year, and is also eyeing production of tonics and ginger beer in the future. 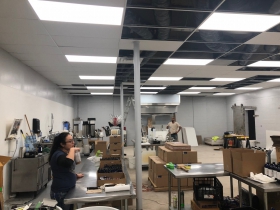 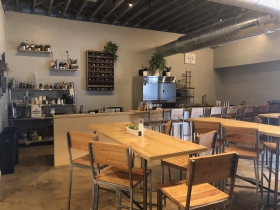 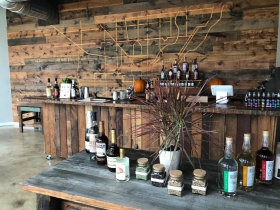 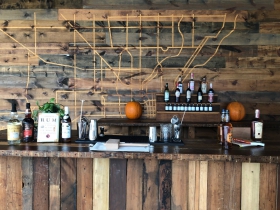 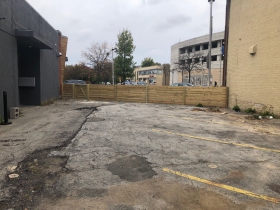 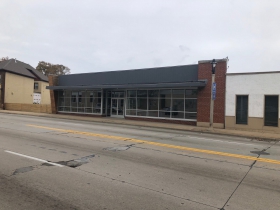