But not before Donovan takes shots at the streetcar, potholes, Barrett and Tony Zielinski. 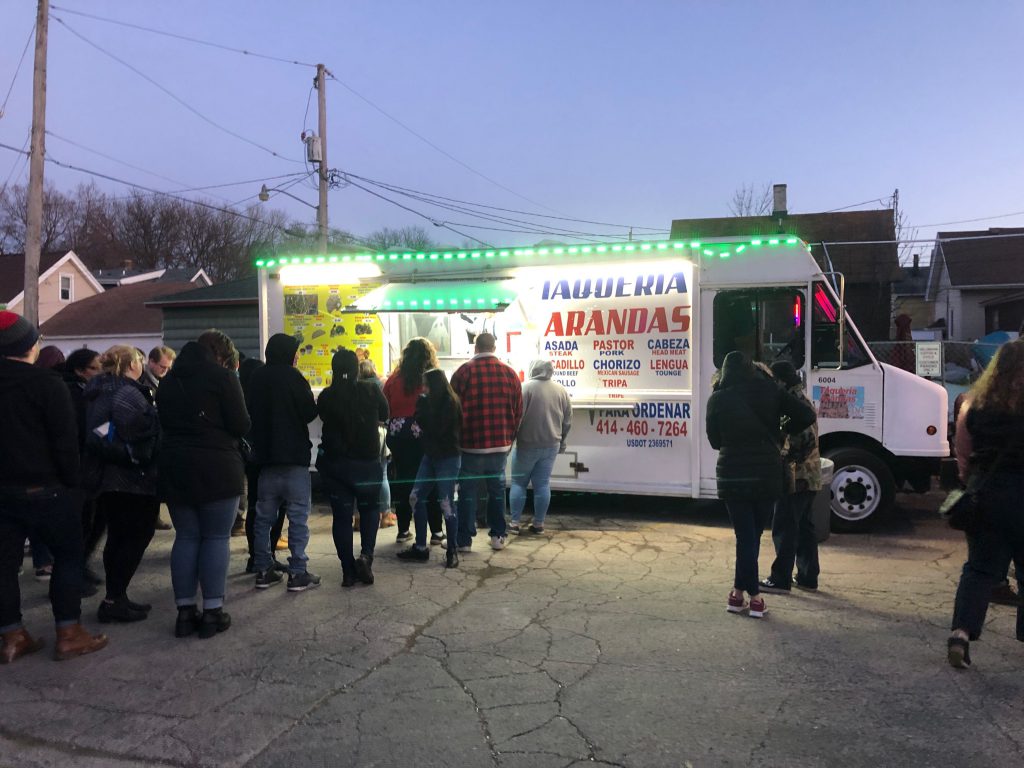 The Milwaukee Common Council has reversed its unanimous vote to ban food trucks along W. National Ave. from S. Layton Blvd (27th Street) to S. 39th St. following a veto by Mayor Tom Barrett and an agreement worked out by south side groups and Alderman Robert Donovan. But not before Donovan used the measure to attack the mayor, his former political opponent Justin Bielinski, the streetcar and the city’s Century City development efforts.

The council unanimously upheld the mayor’s veto, with Donovan giving a brief speech thanking those involved for creating an amicable resolution to the matter. Trucks in the area will now park in a private lot owned by developer Ryan Pattee.

Donovan told Urban Milwaukee in late February that he proposed the ban because of concerns about traffic congestion and complaints from businesses about the loss of parking after a food truck operator failed to respond to calls from his office.

The south side alderman, who has enacted five other such bans in his district, thanked Francisco Santos, whose food truck Taqueria Arandas was at the center of the matter, Fransisco’s brother Marco Santos, who also operates a food truck, Celia Benton, economic development director at Layton Boulevard West Neighbors and his legislative aide Patty Doherty. Donovan said Doherty worked “exceedingly hard on the issues,” having spent hours answering calls.

But Donovan wasn’t nearly as amicable on social media on Saturday, having issued a “Fake News Alert” on Facebook.

Donovan’s screed came in response to media coverage of a food truck rally held Friday evening. The rally to overturn the ban, held hours after Donovan announced his office had reached a formal agreement on the measure, was attended by Barrett, mayoral candidate Ald. Tony Zielinski and political strategist and former Donovan challenger Justin Bielinski. The latter is widely expected to run for Donovan’s open seat in 2020. To quote Donovan:

Wow, WISN 12 NEWS—you couldn’t have set that up more perfectly for Mayor Barrett and my former aldermanic challenger than had you served it up on a sliver platter!

Here’s the REAL STORY, folks—I didn’t just “issue a statement” on Friday, the truth of the matter is I personally negotiated a deal to have the Arandas taco truck set up shop in a nearby vacant lot, taking care of the parking and traffic congestion issues area neighbors and businesses called in to my aldermanic office.

Now for “the rest of the story”:

The guy you hear speaking at the beginning of the story and pictured saying he wasn’t aware of any traffic or parking complaints, 1) does not reside in the particular neighborhood so he is not an expert, and 2) is my former aldermanic challenger form 2016.

GUARANTEED Channel 12’s reporter was aware of that, interestingly this individual wasn’t identified by name in the story while everyone else who spoke on camera was.

Another point: My office did the best it could in the months leading up to my proposed ban, but the food truck operators were not cooperative during those communications. It wasn’t until Thursday when I met with them and their representatives that we were finally able to understand each others’ concerns and work out a deal.

Note, I said this meeting occurred Thursday. We had a written agreement done up but right after the meeting and presented to the business, but then I got a call late Thursday that now the truck’s operator was still “thinking about it” and would get back to me. It wasn’t until Friday afternoon that I heard back that the operator would agree to and sign the deal.

Now, I have no way of proving this, but how much do you want to bet the mayor and his community organizers pressured the truck operator not to sign the deal until Friday afternoon so they could still go ahead with their “rally”.

I also see one of my Common Council colleagues in this video—not sure why he was there, he must be running for mayor or something.

Final point: Isn’t is swell that Milwaukee has a mayor that does an outstanding job prioritizing issues? Food trucks are the new #1 issue, folks, forget about violent crime, deadly car thieves, shootings, STILL A LACK OF JOBS AT CENTURY CITY, a streetcar nobody is riding, and all those fun potholes!

“I’m very pleased that the great taco truck war is over,” said Barrett at Friday’s rally. His office did not respond to an earlier request from Urban Milwaukee on why the mayor did not veto any of the past food truck bans. 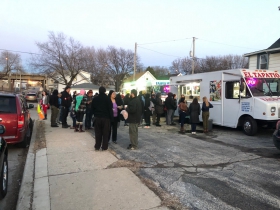 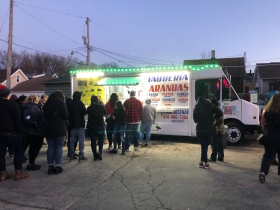 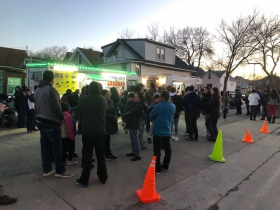