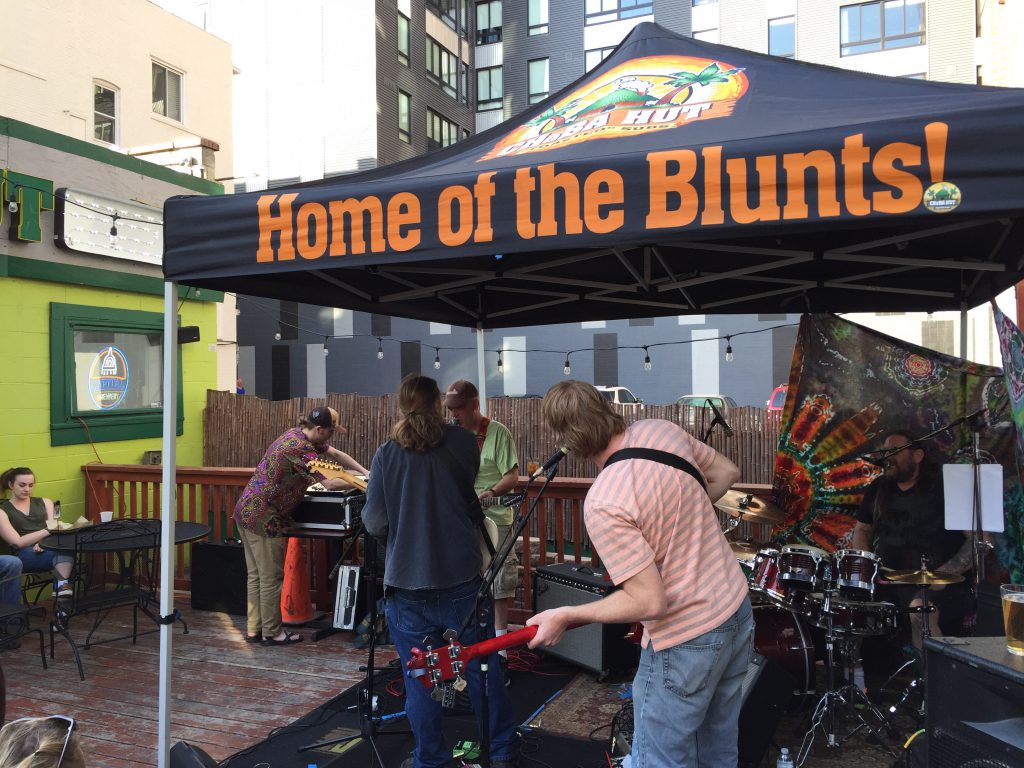 Cheba Hut, appropriately based in Colorado, where marijuana is legal, is aiming to expand in the Midwest by setting up more locations in Wisconsin. Cheba Hut originally launched in 1998 in Arizona, and now operates over 20 different franchises around the country, including in Oregon, Nevada, New Mexico, California and other Western states.

The first franchise in the Midwest was established in Madison in 2013 at 453 W. Gilman St., and Milwaukee comes next, as its spokesperson Marc Torres told Maredithe Meyer of the BizTimes:

“Milwaukee deserves Cheba Hut,” Marc Torres, chief operating officer said. “The city is full of loyal, hard working people. That’s who we are, and we connect well with those kinds of folks”…

“We understand Midwestern appetites,” Torres said. “We know the region loves good food and appreciates good food, and that’s why we fit in so well.”

The sub restaurant has 30 signature subs on the menu and specializes in toasted subs with house-made sauces.

Although no locations have been announced yet, the chain lists possible locations as those near Milwaukee School of Engineering in East Town, near UW-Milwaukee, and in other spots around the East Side. Those college kids, you know, they get the munchies.

The restaurant has been successful near college campuses in other established locations including Madison, and hopes to attract collegians and sub lovers in Milwaukee next year.

The East Town lounge Mi-Key’s has cut its daytime service during the week, focusing more on the nightlife atmosphere. Located at 811 N. Jefferson St., the operators of the bar and lounge, SURG Restaurant Group, have plans to change up the focus of the establishment.

SURG announced the change in hours last week: Mi-Key’s will now open at 4:00 p.m. Wednesdays through Saturdays, but will still open at 11:00 a.m. on Sundays. The lounge will stay open until “close” — meaning 2 a.m.during the week and 2:30 a.m. on the weekend — according to a pop-up graphic that currently appears on their website along with a notice of the new hours of operation.

“We’ve been seeing in our numbers, and the Square’s, as well, it’s been shifting more towards more of the evening and nightlife,” he said. “This is just an evolution that we’re trying to keep up with.”

SURG is fine-tuning the extent of the changes, Kottke said. Mi-Key’s may adjust its schedule for early sporting events, for example. He said the restaurant may serve a limited menu on Sundays when the Green Bay Packers play.

Although the lounge is aiming to put more emphasis on nightlife culture, early birds can still find time to relax at Mi-Key’s on Sundays.

Lori Fredrich from OnMilwaukee has more details on the new brunch menu:

Offerings include staples like breakfast tacos featuring three tortillas filled with scrambled eggs and ham or house-made chorizo, cabbage and chipotle crema with a side of rice and beans ($9.50); huevos rancheros with three over-easy eggs, salsa ranchera, tortillas rice and beans ($8.90); and chilaquiles with cheese and salsa verde ($9.50; add ham, chorizo or hangar steak for an additional $2-3.50)…

Brunch cocktails will include Bloody Marias for $5 and Tequilamosas for $7.

More information on the menu can be found on Kompali’s website. Brunch specials will take place Sundays and Mondays from 10:00 a.m. to 3:00 p.m.

For the second year, the unique retro-themed pop-up bar Milk Stand 3000 will splash down in our fair city.

The beverage director of Phoenix Cocktail Lounge, renowned mixologist Adam Sarkis, is behind the retro pop-up bar that will come to The Jazz Estate on Sunday, August 26. With Sarkis’ departure to Chicago at the end of August, he decided to hold one last event before saying goodbye to Milwaukee.

Sarkis is working together with Jeff Kinder, cocktail specialist at The Jazz Estate, and Mooncat Arcade to transform The Jazz Estate into a retro-futuristic lounge based in the year 3000.

There will be interesting cocktail concoctions, such as the Blended Incredible Hulk—a hurricane that blends Hypnotiq and Cognac together to change the drink’s color from blue to green. A DJ will spin “Space Funk” all night long, and Mooncat Arcade’s Paul Zimmerman will bring four or five custom retro-style arcade machines for patrons to play…

“I wanted to throw a going away party with my longtime friend and someone I considered a mentor over the last seven or eight years,” Sarkis says. “We had a blast with this theme last year and knew it was worth revisiting.”

Sarkis led the first Milk Stand 3000 last year at Phoenix Cocktail Lounge, and now hopes to enjoy his last moments as one of the finest mixologists in Milwaukee this Sunday.

Historic Schlitz Park tavern and dining hall The Brown Bottle is celebrating its 80th birthday with a week loaded with giveaways and happy hour specials.

The cozy wooden tavern at 221 W. Galena St. began its celebration last Friday with a free t-shirt giveaway and complimentary hors d’ouevres during happy hours, taking place from 3:00 p.m. to 6:00 p.m. The tavern will continue with more giveaways and happy hour specials this week from 3:00 to 6:00 p.m. with plenty of Schlitz to go around.

More information on upcoming specials can be found on The Brown Bottle’s Facebook page, or on their website.

The long-established restaurant in East Town will close its doors for good on Saturday, August 25.

The Italian restaurant has been around for 28 years at 801 N. Jefferson St., but isn’t planning to extend its lease this time. Owner and proprietor of Louise’s, Robert C. Schmidt Jr., will have now have closed five different businesses in the past eight months, but is giving opportunities for current employees to move to some of his other establishments around town.

Tina Lawler, marketing director for Water Street Brewery, told BizTimes the company would be speaking with Louise’s current employees about jobs at Schmidt’s other bars and restaurants…

Among Schmidt’s places that have recently closed are Monster Pizza MKE in December and Black Rose Irish Pub in May. While they were open, the two shared the space at 2856 N. Oakland Ave., which also housed Oakland Trattoria and SoLo Pizza in the past…

The building for Louise’s has been put on the market for sale, as was the building where Black Rose was located.

Schmidt owns a variety of other businesses in Milwaukee, including Trinity Three Irish Pubs, The Harp Irish Pub, and every location of Water Street Brewery.

Additionally, neighboring bar This Is It! has already announced plans to occupy a third of the vacant space Louise’s will leave after closing.