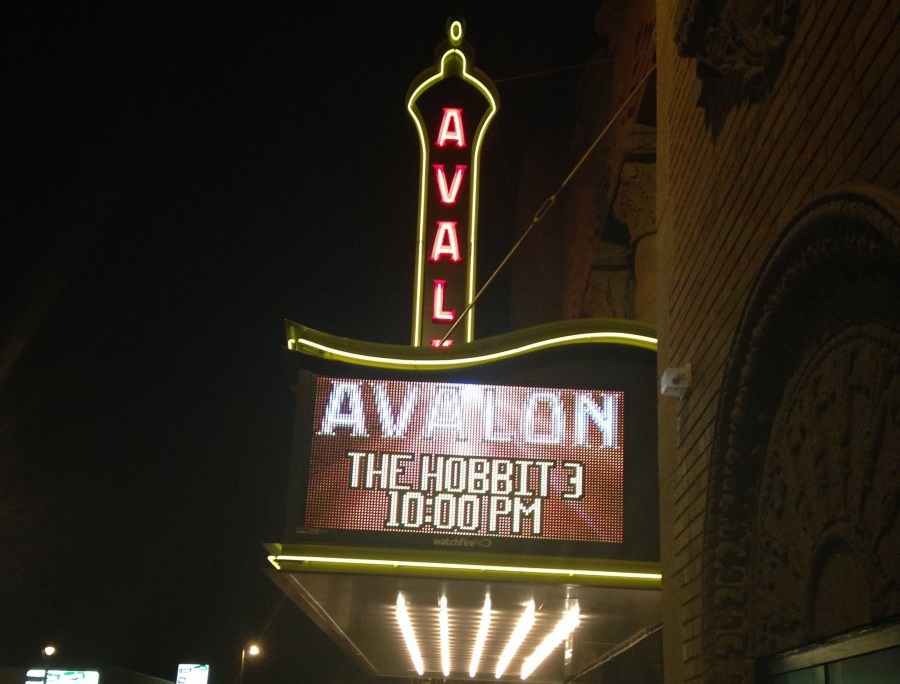 While Milwaukee is home to its fair share of burger joints, the arrival of Shake Shack (220 E. Buffalo St.) in the Third Ward has caused quite the buzz. The company announced in May that Milwaukee would be its first Wisconsin location, but an actual opening date wasn’t announced until last month. As of 11 a.m. today, the Shake Shack was officially open for business.

Tyler Maas of Milwaukee Record details some of its offerings:

Beyond soft drinks, cold brew coffee, and tea, Shake Shack will have red and white wine, and a variety of tap, canned, and bottled beers available. Spotted Cow will be the first local representative on the draft lines, which we’re told will rotate seasonally. The Milwaukee location is the only Shake Shack that offers Sprecher Root Beer…

Milwaukee is home to a handful of exclusive menu items. There’s a Brat Burger that utilizes a halved and fried Usinger’s jalapeno brat. The jalapeno brat takes center stage in the Shackmeister Cheddar Brat…

The chain also participates in the “Pie Oh My” initiative, where area pie makers contribute to a menu item which combines pie and vanilla custard in one serving. These items rotate seasonally, with the Honeypie restaurant’s apple pie slated as the first featured pie. Five percent of the Milwaukee initiative’s proceeds will go to Groundwork Milwaukee.

Freshfin Poke in the Third Ward

On Milwaukee’s Lori Fredrich has some details:

Like the East Side location, Freshfin Third Ward offers counter service, with limited seating available at a bar along the windows and tables near the adjacent stairway…

Though considerably smaller than Freshfin’s North Avenue location at 1806 E. North Ave., the menu includes the full complement of signature poke bowls, including the Mango Tango, spicy tuna, cilantro chicken, curry coconut, Zen Bowl and Kailani Bowl along with sides like truffle crab salad, seaweed salad and quinoa puffs. Pricing is $8.95 to $10.95 for small bowls and $12.95 to $14.95 for large bowls.

Last month, it was announced that a new Mediterranean restaurant would be joining the Avalon movie theater in its building in Bay View. Now, an official opening date has been established, along with more menu details. Mistral (2473 S. Kinnickinnic Ave.) will open to the public on Dec. 11. Lee Barczak and wife Jane Schilz, owners of the Neighborhood Theater Group, are the proprietors of the restaurant. Mistral will offer a seasonal menu curated by Chef Joe Schreiter (Sheridan’s, Bartolotta) and wine and cocktails conceptualized by “industry veterans” Calvin Andersen and Jordan Burich.

Entrees include rabbit cacciatore with brown butter polenta ($19), Spanish mackerel cured with fennel and citrus and served with squash and beet fattoush salad with farro, pita and yogurt ($21).

Burich says the wine selection will focus on food-friendly wines from small producers. “[It will be] an eclectic selection of mostly coastal Mediterranean varietals from the Canary Islands to Lebanon,” he says. “With attention given to volcanic island wines.”

Star Wars fans in the Milwaukee area don’t have to wait until The Last Jedi hits theaters to transport themselves to a galaxy far, far away. Instead, they can take a considerably shorter trip to Cudahy. For a short time, City Lounge (3455 E. Layton Ave.) will host a pop-up Star Wars theme and transform itself into Dagobahr.

The pop-up re-theme will run from December 4 to December 19, and will transport patrons to an eerie swamp planet filled with themed drinks and weekend dance parties. A green mummy who lives in a tree and wields a mystical power…may or may not be included.

Patrons can RSVP on the Facebook event page. The Last Jedi opens December 14, towards the end of Dagobahr’s stay.

Matt Kerley (Hinterland, Blue Jacket, the Rumpus Room) has taken on the new position of culinary director at Stand Eat Drink Hospitality Group. The position requires Kerley to supervise all of the group’s restaurants, including Yokohama (1932 E. Kenilworth Pl.), where he has begun revamping the menu. The Journal Sentinel’s Carol Deptolla has the details:

The plates include the savory pancake okonomiyaki ($10), this one made with kimchi , though, instead of plain cabbage.

Among other bites are agedashi tofu ($5), tofu that’s marinated and fried crisp, served with bok choy, green onion and tentsuyu broth. The restaurant also serves a take on a Scotch egg; the fried egg ($7) is a deep-fried soft egg wrapped in pork sausage and served with pickled daikon and sesame dipping sauce.

The restaurant still serves ramen; the five kinds include one that is topped with two whole, seared prawns ($16).

The Adventures of Chef Robert Klemm

Even though The Villa at Heaven City (S91W27850 National Ave.) in Mukwonago has closed, its former chef, Robert Klemm, doesn’t have to worry about unemployment. The former Industri Cafe owner will be the new executive chef at Fishbone’s Cajun & Creole Restaurant (1704 Milwaukee St. in Delafield) and California-style Italian restaurant Zin (629 Main St. in Delafield). Both restaurants are owned by Dennis Sobczak and Jessie Souza.

Fredrich has more on The Villa’s closure:

Although the restaurant will not be open for regular business, it will honor its commitment to customers who have made reservations for private events and chef tables through the end of 2017.

Klemm, who got married this past summer and is expecting a daughter this spring, says the new post will give him more time to spend with his new family. He says new menus for both venues will be forthcoming in December and January.

Serving as chef of two restaurants doesn’t really sound like a way to cut back your hours, but it might have been worse. Klemm was slated to open a Honduran restaurant named La Plancha in the fall, but plans for that restaurant have fallen through.

After more than three years at the 2434 S. Kinnickinnic Ave. location, Rocket Baby Bakery’s “Bay View Satellite” closed on Sunday. The place built on the success of the original Rocket Baby Bakery (6822 W. North Ave.) in Wauwatosa. Maas has the story:

Rocket Baby Bakery owners Goeff and Shannon Trenholme announced the closure on the bakery’s Facebook page and with notes taped to the Bay View site’s windows. The notice reads:

Thank you for all your support over the past three years. We are sad to say that our last day of operation here at the Bay View Satellite is Sunday 11/26/2017.”

The Wauwatosa location will remain open and shows no signs of slowing down.

Monster Pizza served pizzas whole and by the slice, and was known for its monster-sized 28-inch-diameter pizza. But not anymore. The now-defunct restaurant was located in the location formerly occupied by SoLo Pizza. Oak and Loc does know to birth pizzerias.