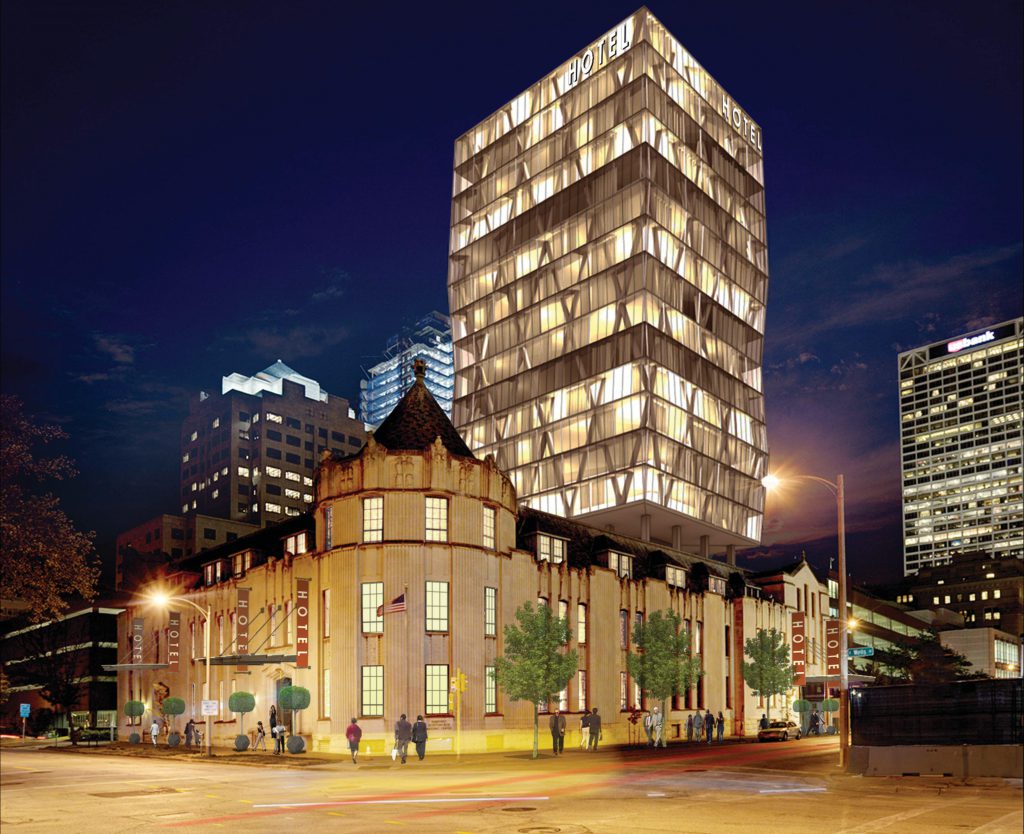 The final piece of a complicated approval package for the hotel atop the Humphrey Scottish Rite Masonic Center has come together. The Common Council’s Zoning, Neighborhoods & Development Committee unanimously approved a permanent historic designation for the nearly 130-year-old building.

Now that Ascendant Holdings has acquired the masonic temple at 790 N. Van Buren St. the designation was able to move forward. Ascendant’s proposal for the building, which it acquired for $3.5 million, includes building a glassy 14-story, 215-room tower atop the three-story building.

The masons, who were seeking to sell the building, opposed such a designation when it was originally offered because it would limit the commercial viability of the project should the hotel proposal fall through. Ascendant, which is going to preserve much of the base of the building, is in favor of the designation.

A temporary, 180-day designation was put in place in February. While that was in place, Ascendant secured a certificate of appropriateness from the city’s Historic Preservation Commission to build the tower and preserve much of the base of the building.

Ascendant’s Eric Nordeen told the committee “we’re hoping to break ground in the summer of 2018.” Should that happen the project would open at the end of 2019. Final design work is underway now that Ascendant has purchased the building.

Stained glass windows, of which there are 20 in the complex, were a sticking point in the redevelopment plan. A compromise was ultimately reached, and Nordeen told the committee “We’re going to keep three of the existing windows on the exterior of the building, and the other 17 we’re going to display within the building as sort of an art display.”

Nordeen notes that the final number of rooms could change based on the number of rooms built in the base of the building. A partnership of New Jersey-based Kraig Kalashian Architecture & Design and New Orleans-based Metro Studio are examining various options.

For more on the proposal and the historic building, see our extensive past coverage.