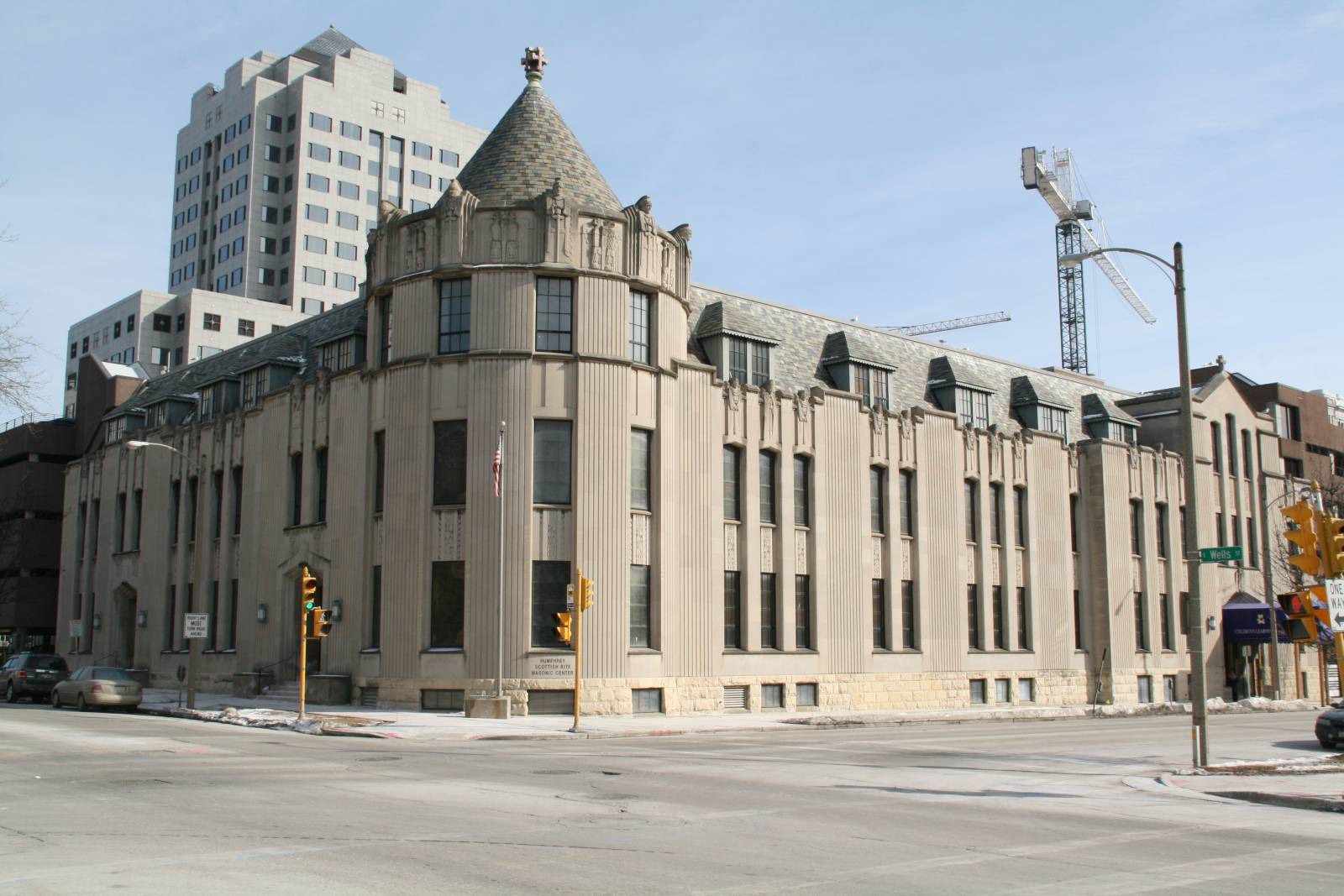 Ascendant Holdings, with support from Ramlow/Stein Architecture + Interiors, is seeking to convert the historically-protected building to an apartment building with 22 to 25 units.

The proposal first became public earlier this week when a commercial alteration permit request was filed with the city to convert the building into multi-family housing.

It’s a departure from Ascendant’s 2016 plan to build a hotel tower atop the three-story building. That proposal, ultimately approved in late 2017 to include a 14-story tower with 215 rooms, never advanced to construction, even after Ascendant bought the property for $3.5 million.

Documents were filed after our initial report with the Historic Preservation Commission and Board of Zoning Appeals to secure the necessary approvals to advance a conversion of the 65,400-square-foot building to apartments.

Similar to the previously approved hotel plan, 20 stained glass windows would be removed. The interior facing designs were deemed to be of a lower quality painted glass by the Historic Preservation Commission and suitable for removal if they were displayed within the building. The new application does not reference any plan to reuse them in the redeveloped building.

Get a daily rundown of the top stories on Urban Milwaukee
“Due to the limited size of window openings and the required depth for apartments in the building maximum natural light is needed from all windows,” wrote architect Scott Ramlow in an application filed with the commission.

Submitted floor plans show 25 basement parking spaces, the only parking that would be available on the property.

A number of the apartments would span multiple floors according to the plan, including leveraging the partially exposed basement.

The plan documents confirm the project would be apartments, not condominiums.

A theater in the building would be divided into apartments. You can take an interactive, virtual tour of the building’s current state via the property’s online listing.

The building was originally built as the Plymouth Congregational Church in 1889. It was built in the Richardsonian Romanesque style by congregation member and prominent architect Edward Townsend Mix.

The Madison-based firm sold its other downtown building, the 120-year-old Wells Building at 324 E. Wisconsin Ave., for $7.25 million in September 2020. It acquired the building for $2.9 million in 2011 and made a number of investments in the property to better accommodate its tech-centric tenants that rely on the building’s role as Milwaukee’s carrier hotel (where internet and telephone service providers interconnect their networks).

While the new hotel didn’t move forward, just one block to the west a boutique project known as the Adams Hotel is under construction.

2 thoughts on “Eyes on Milwaukee: Masonic Center Would Become Up To 25 Apartments”