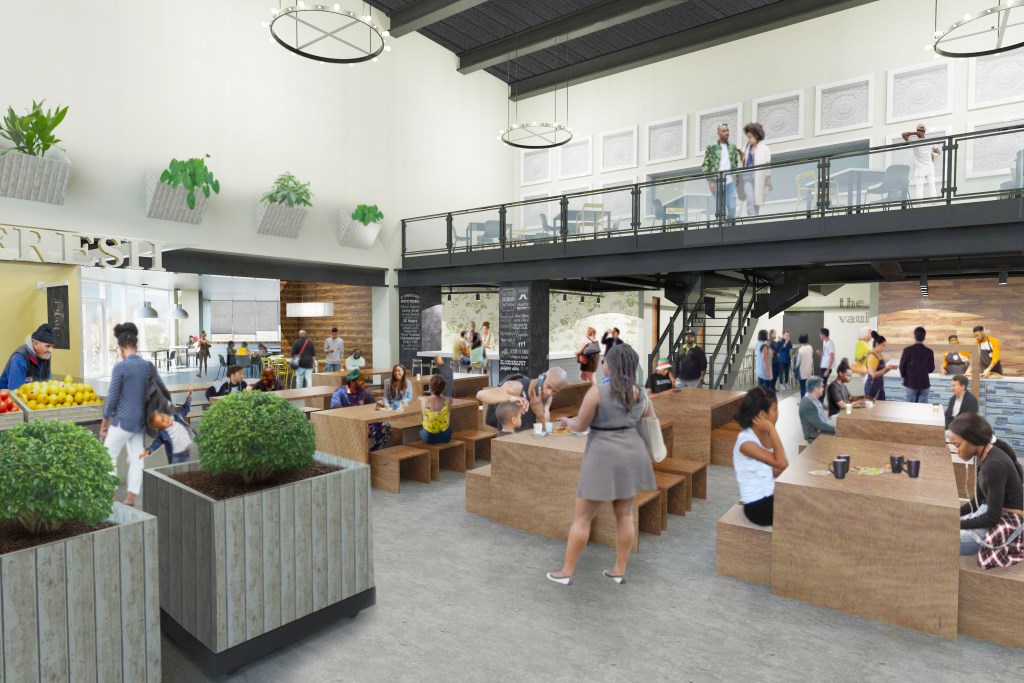 Nearly a year to the day after it was burned in the Sherman Park unrest, a creative project to redevelop the former BMO Harris Bank branch at 3536 W. Fond du Lac Ave. has taken another step forward. Partners Juli Kaufmann of Fix Development and JoAnne Sabir of The Juice Kitchen intend to acquire and redevelop the 24,887 square-foot bank building that had its interior burned during the August 2016 Sherman Park disturbances. The Redevelopment Authority of the City of Milwaukee gave a city-assisted financing plan for the project, known as the Sherman Phoenix, an initial thumbs up today.

The project, which would cost $2.5 million, intends to convert the building into a public market space with a variety of vendors focused on everything from health and wellness to food and art according to Kaufmann. All of the businesses in the building would be owned by people of color.

The city is proposing to support the project through a $225,000 grant from a newly created Tax Incremental Financing (TIF) district created for the project.

The TIF district, which would include 10 area properties assessed at approximately $1.3 million, would also contribute $100,000 to establish a dedicated fund for facade grants in the area, $50,000 to improve a nearby city-owned parking lot and $25,000 for administration and staff time. According to city senior economic development specialist Dan Casanova, incremental taxes from the properties would pay off the debt associated with the $400,000 district in 22 years (by 2039). Casanova told the authority commissioners that despite the tight budget, “we think this is a risk worth taking and its a relatively small dollar amount.”

The commissioners unanimously endorsed the project, which now must go before the Milwaukee Common Council. Alderman and newly appointed commissioner Cavalier Johnson commended the partners, stating: “I think this is fantastic, absolutely fantastic.” The alderman went on to note “this gives me vibes of the Milwaukee Asian Market in my district. The goal there was sort of what you explained right now, a true community space that is owned and operated and really controlled by the community. I think that space is doing well.”

Kaufmann anticipates a six-month construction process for the project, with a grand opening in the first half of 2018. Design on the project is being led by architecture firm HGA. A general contractor has yet to be selected.

Kaufmann and Sabir have raised more than $1 million to-date and the TIF grant would put them over the half-way mark. They intend to launch a crowd funding campaign this weekend. They are also seeking to raise more funds from philanthropic grants and local investors. According to Sabir, the rents from the project will sustain the building’s operations and return six percent to project investors.

In response to a question from Johnson at today’s hearing about parking, Kaufmann noted that the building is overparked. A substantial parking lot is included in the property immediately north of the bank.

The project is expected to employ about 45 people once it’s up and running.