No one is talking about Martin Scorsese’s ambitious film. Should they be? 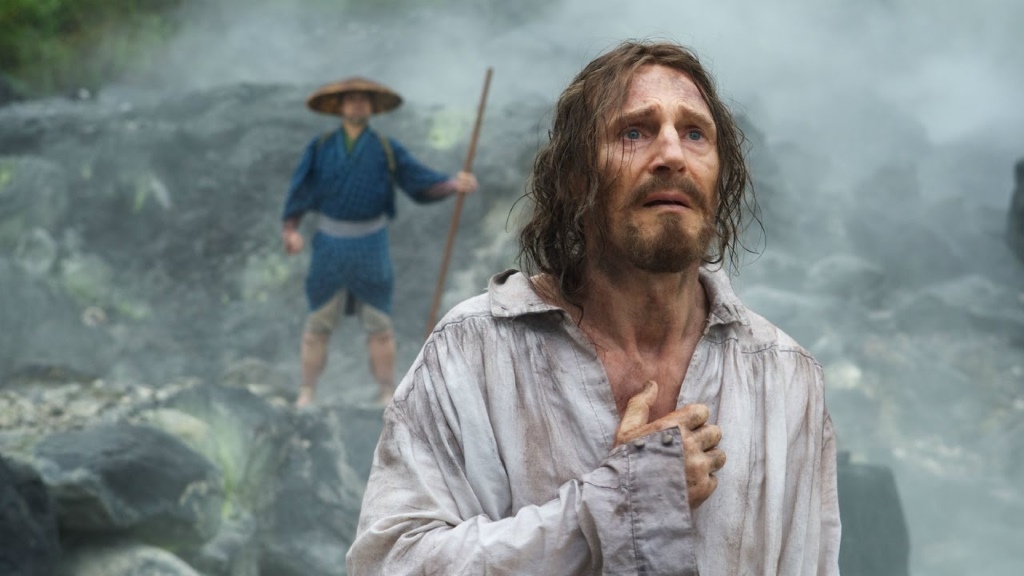 On paper, everything about “Silence” grabbed the wheelhouse of my interests – a favorite director, important novel, serious cinema and global moral dilemma.

It is faithful to the intentions of a renowned novel from 51 years ago — the master culmination of the themes of Japan as a swampland of repression written by celebrated Japanese Catholic author Shusaku Endo.

Or should that more clearly be Catholic Japanese? Because Endo reached into 17th century Japan with a semi-historic novel to make his emotional and theological point – unspeakably cruel rejection of Christian villagers (but not too cruel for the cinema). They were forced into secret cults and then boiled, beheaded, crucified in the ocean or hung upside down like pigs to die. Yet this was nothing compared to the elaborate physical and mental torture inflicted on the Portuguese Jesuits who attempted to minister them, so ferociously did the dominant Japanese society reject the faith of the outsiders and compromise its leaders.

The mental chess match between priests and inquisitors, using the Jesuits’ own intellect and agony against them, becomes after the first hour the centerpiece of the film. So it was onstage in 1995 when the Milwaukee Rep collaborated with Japan’s Subaru Acting Company. That production of “Silence” also asked whether a western religion could take root in Asian soil (much like people today ask if our western form of democracy can take root in the Middle East) and whether there wasn’t self-destruction in a religion built around blood and suffering.

The priests of the story are seduced by their own concern for the lives of the faithful.

Another lifelong attraction is director Martin Scorsese, who has been exploring the nature of guilt and defiance since I admired his first film more than 40 years ago, “Mean Streets.” Endlessly versatile, enamored of American and Japanese film history, Scorsese provides a nearly too perfect sheen of fog, unforgiving landscapes and grubby villagers, trying to marry the postures of Japanese behavior to the depths of physical discomfort the Jesuits – played by Andrew Garfield and Adam Driver – must submit to in missionary zeal.

Liam Neeson has an elaborate cameo as the fallen priest they have come to rescue – a mouthpiece for the nobility of compromise. The Japanese co-stars are effectively cast for looks and behavior, both malicious and noble. Tadanobu Asona, an incredible one-man theater comic, is a standout as the amusingly grim Inquisitor. The movie has its own Judas figure who again and again encapsulates the internal dilemma of the devout Christian’s belief in forgiveness while standing firm when God himself remains silent.

So in depth of purpose, nobility of style, cinematography that is its lone Oscar nomination and intent, the film cannot be questioned. But as a film it can be questioned.

It is laboriously long, more to be studied than felt. Despite the brutality of its images the movie keeps us inspecting its protagonists more than sharing their conflict and pain.

At times, such as the head of Jesus shimmering in the water, the directorial choices can be misrepresented as selling Catholicism when the attempt is to dig inside the minds of the Jesuits. It is something like Alfred Hitchcock thinking that superimposing opening doors in the head of Ingrid Bergman in “Spellbound” was saying something the actors couldn’t, but it still comes off as way too obvious.

“Silence” is a spectacular exercise in admiration more than the dive within characters that marks the best of Scorsese’s work.

No strong audience has found this film, though its hopes for coronation were high. It wasn’t even released until two days before Christmas of 2016 to be Oscar eligible and then generally released in January. Within weeks despite the names involved, it disappeared from the nation’s main screens.

One thought on “Movies: The Silence Surrounding “Silence””