As good as Denzel Washington is, Viola Davis is even better. 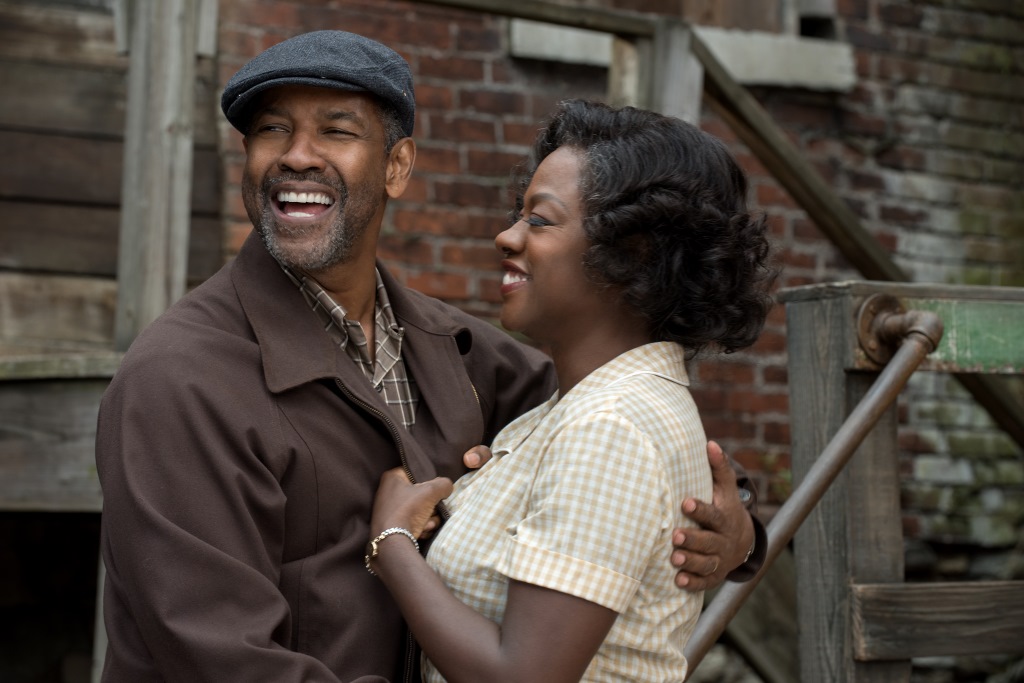 “Fences” is a hybrid — transferring a stage giant to the big screen while retaining the structural outlines of the stage. That may work against it in the “best film” sweepstakes where originality is honored but it is working for it in terms of epic sweep and general audience response.

Director Denzel Washington’s fidelity to the power of August Wilson’s play, adding perfectly placed visual images, street scenes and editing to deepen the overall poetry, deserves considerable recognition. Being Oscar nominated reflects that even though it also speaks to the Academy’s sensitivity to racial correctness.

It could well mean a best actor Oscar for Washington, who invests 1950s garbage-man Troy with a defiant garrulous ego battling weakness of the flesh, fighting against God and his own humanity as he tries to control the world. Or rather his home, which he rules as a castle.

His backyard becomes a place to drink gin and subdue souls. His compassion and greed combine in his treatment of his brain-damaged brother, played full throttle by Mykelti Williamson. His refusal to bend to human instincts is demonstrated in his treatment of sons by different mothers, played with straight honesty by Jovan Adepo and William Hornsby.

You don’t realize until the end how much desire, decency, loss and tragedy have been exposed in this journey.

But he has a co-star. Rose as his wife doesn’t just move in his shadow though the production starts that way. She comes to dominate the screen with her natural manner and caring nature —  from amused tolerance to angry victim to accepting mother. No one in the Oscar supporting actress category comes anywhere close  – definitely assuring a win for Viola Davis, though I think her presence in this category is something of a travesty.

There are good performances here – Naomie Harris as the addicted mother in “Moonlight,” Nicole Kidman as the adoptive mother in “Lion,” Michelle Williams as the ex-wife in “Manchester by the Sea” and as a nod to “Hidden Figures” by picking Octavia Spencer, but they pale against Davis.

Trade reports say she chose the supporting category. Perhaps she didn’t want to oppose good friend Meryl Streep, or new media sensation Emma Stone of “La La Land,” though in that case she would have won hands down on degree of difficulty. Certainly there is threat in the luminescence of Ruth Negga, an emerging important actress in a neglected film, “Loving,” and certainly a bit of Oscar celebrity fawning for a performance I didn’t flip over, Natalie Portman as Jackie. That leaves two acting greats to consider – foreign legend Isabelle Huppert in the little seen “Elle” and Streep, who discounts herself as I have. Huppert could now sneak away with a category Davis deserved to be in.

Her performance carries “Fences” as much as Washington’s  – and more, in terms of liking and believing in him. Washington’s dissection of Troy – from a great ballplayer who missed his moment in the sun to a wannabe family man to an easily tempted ladies man and then into painful episodes as demanding and demeaning father – has as an inescapable rhythmic baseline in Wilson’s language and insights. It’s a part that rivals Willie Loman of “Death of a Salesman” in dimension but with an added muscularity.

As an actor even more than a director (who serves his cast with sensitivity) Washington embraces and lives the human being that reveals Wilson’s greatness. It is an acting performance that serves as a welcome change from his recent screen persona, which has become somewhat repetitious of late.

The price of fidelity to a role he also played on Broadway is some of the staginess cannot be disguised and the director cannot resist giving extra weight to the secondary deeper meanings (Troy’s fight is as much against the heavens as it is his own weaknesses; his brother’s trumpet and calls to St. Peter have a larger than naturalism purpose).

With easy warmth and knowing directness, Stephen Henderson as he did onstage with Washington plays Bono, the best friend and good advice giver who by the end has learned to keep his distance. It is because of Davis’ performance that we don’t similarly pull away.

The strength of this movie really comes from Wilson, lovingly transplanted by Washington and company. Whenever we drift into contemplating the characters or merely admiring the artistry, the film leaps into a moment of raw power that wrestles us into submission.