Jackie Kennedy As a Neurotic

The film “Jackie" offers a fresh, powerful take on the grieving widow, but gets overdone. 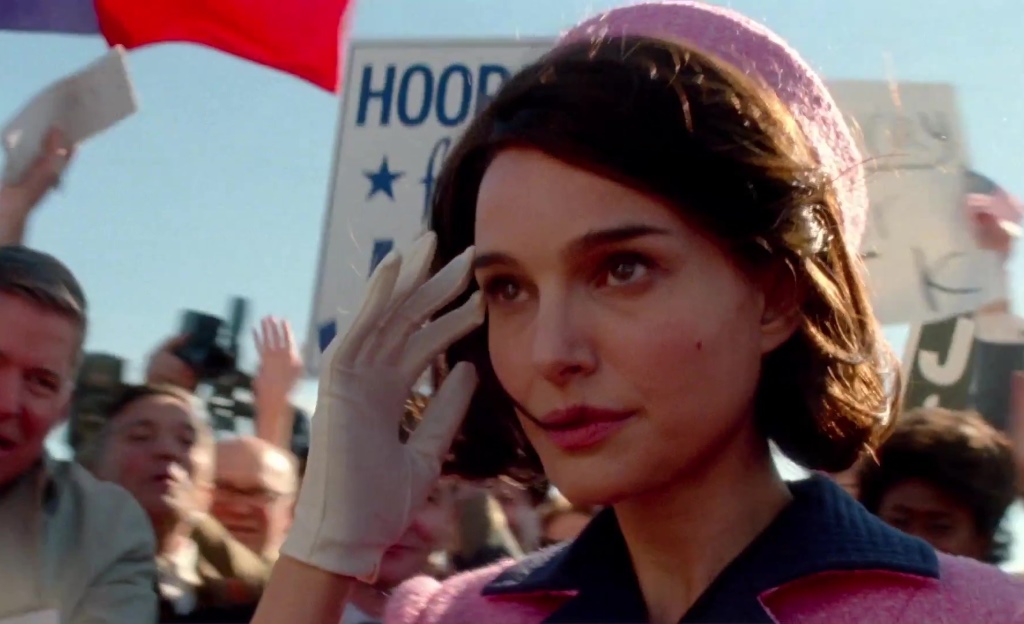 In order to get inside the real Jacqueline Kennedy, masterful Chilean director Pablo Lorain has invented a biopic of near mental breakdown. Jackie may be an instinctive expert on her murdered husband’s legend and she may be meticulous about public comportment. But to that end she is put on a road of pill popping nerves, irrational reverie and anguish, fragmented streams of consciousness, impulsive decision-making, afterwards anger on the edge of hysteria and determination to keep Camelot alive in the mind of the nation.

In simple terms, this is Jackie as morbid neurosis.

In some ways this may be an important albeit invented corrective  to the American image of her as some sort of brave Mother Teresa of US sorrow whose dignity in the face of tragedy elevated her as well as JFK into an icon.

Historically it is true that Jackie had a ruthless analytical side, a communication skill long overlooked and conviction in the face of opposition, plus a determination that her husband’s image would long survive his presidency – but most other details of this story are fiction married to historic events.

Lorain and screenwriter Noah Oppenheim dig to turn inside out that standard image of Jackie, and there is some justification we need a fresh look at a familiar American story. The nation has never acknowledged what it took for a young mother – even one raised in privilege — whose husband was shot beside her in a motorcade, leaping in a frenzy to stop the bleeding and bring rescue. Then a widow with no time to grieve as she faced inevitable takeover by a new administration, the pressures about how she should behave and the flood of events forcing her to deal lovingly with two children left orphaned by an assassin’s bullet.

There may also be elements of truth to the times in Jackie’s acceptance of her husband’s infidelities and lack of marital warmth – without impacting her devotion to his memory.

In the push to correct our image, Lorain has combined a fascinating level of invention and verisimilitude. He’s recorded events better than the Warren Commission. We see the motorcade from every angle, the induction of a successor from Jackie’s viewpoint, the sense of being forced out of the White House taken personally, the rage and impotence over the public’s perception of why she did what she did, what motivated her to make sure her children were an integral part of the grief.

Also explored in depth is her struggle to restore her Catholic faith, one of the most meandering conversations imaginable between her and her largely ineffectual priest, actor John Hurt.

There is adoration of detail in how Lorain handles all this, and how he allows the musical assonance and anguish of composer Mica Levi to wail as a co-conspirator with lead actress Natalie Portman. As a critic I was struck by the impact of what the industry calls “reveals”  — how Lorain uses the famous pink dress Jackie refused to discard to slowly expose more blood on the skirt and in the stockings, driving home our pain about what an incredible emotional experience this all must have been.

Much of the movie’s genuine emotion comes from touches like this. But very little from the actress despite pyrotechnics or from the progress of the script. Portman has trouble maintaining the Jackie voice and style. She substitutes an abstract inner psychosis for specifics. The script forces her into an almost inquisitorial interview with a reporter, played strangely by Billy Crudup, and gives the actress a constant exercise in self-protection, candor and denial, which never quite fit.

The film becomes a showcase for Portman’s face in various throes of engineered meanings, rescued somewhat by the sympathetic sounding board provided by a fine actress and writer, Greta Gerwig.

This can be regarded as a talented and perhaps needed new approach to the movie biopic. But in impact on audiences, it is also way over the top, way too demanding of an emotional buy-in and way too pretentious to survive. It will be interesting to see if, except for the music, these are the reasons the film may be shut out of its anticipated Oscar attention in nominations January 24.

6 thoughts on “Movies: Jackie Kennedy As a Neurotic”